“What If” is a new age romantic comedy for the hipster generation. It touches on things that affect most people, and doesn’t fall too hard into the cliché area that a lot of rom-coms do. While it doesn’t break barriers or define the genre in any way it still manages to find its own voice without borrowing too much from those that came before it.

The cast and writing is what ends up setting this film apart, and Daniel Radcliffe is in top form. While he is certainly no Jeff Bridges or Kevin Spacey, in terms of caliber acting or potential, he is more than ready for leading man roles. His personality really shines in this flick as a cynical anti-love anti-relationship man who thinks he can live his life happy in the friend zone. Most of us have been there, and tried that, and it never works out which makes this story all the more believable. While it’s still weird to see “Harry Potter” without his wand he is doing a good job distancing himself from that franchise to find his own way. Adam Driver is definitely the one that stole the show though. While everyone else was good he was just great, and he was the real comedic force driving this film along.

The writing was pretty excellent, and, aside from a few pacing issues that slow down what could have been a tight rom-com in favor of adding some extra drama that didn’t pan out, there were few hiccups. This is definitely a film for younger generations, as was “That Awkward Moment” which reminds me of this, because it doesn’t follow the traditional patterns of romantic comedies. This isn’t your typical boy meets girl, girl says no, boy gets sad, girl says yes, happy every after type of story. The characters are faced with real world issues, like choosing between career and relationship, choosing between love and friendship, etc… and that’s something you don’t see often enough in these films. The only problem is, at times, some of the dialogue doesn’t feel organic to the character saying it. We come to know these characters as certain individuals, and along the way they turn into someone else, and then back again.

Younger audiences should really enjoy this as it never gets to sappy, speaks to the younger generation’s ideas on relationships, and manages to make everyone happy in the end. Older generations might appreciate the comedy, but if they are too stuck on their concept of relationships/love then they might not appreciate this as a whole. Daniel Radcliffe has been making some wise decisions to distance himself from “Harry Potter,” and you can add this to the ‘win’ column on his post-Potter list of film credits. 4/5 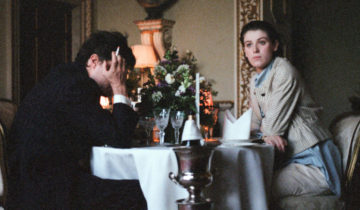