Sandra Bullock and Channing Tatum turn up the heat and deliver big laughs in The Lost City, the best date movie in years. 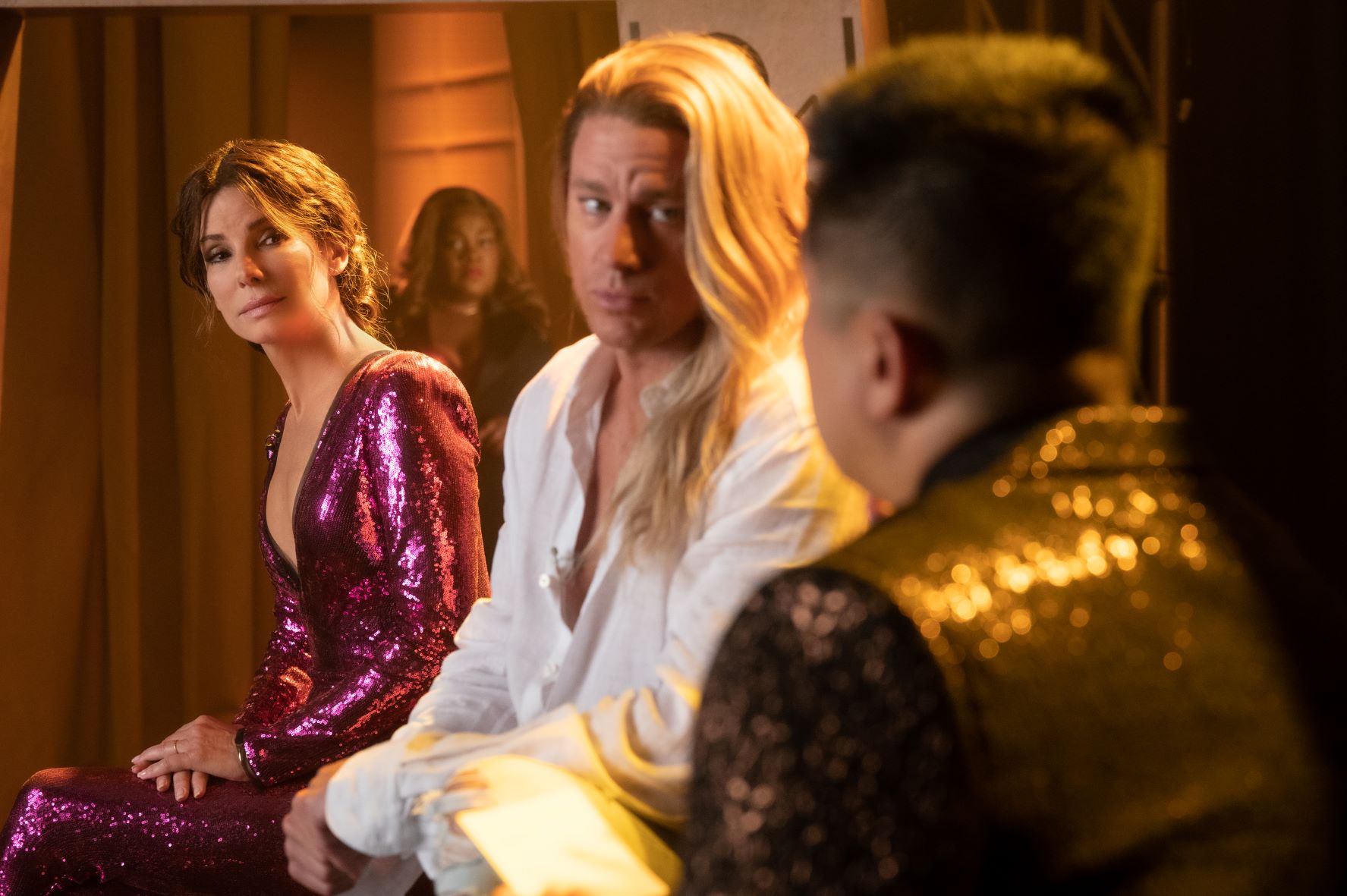 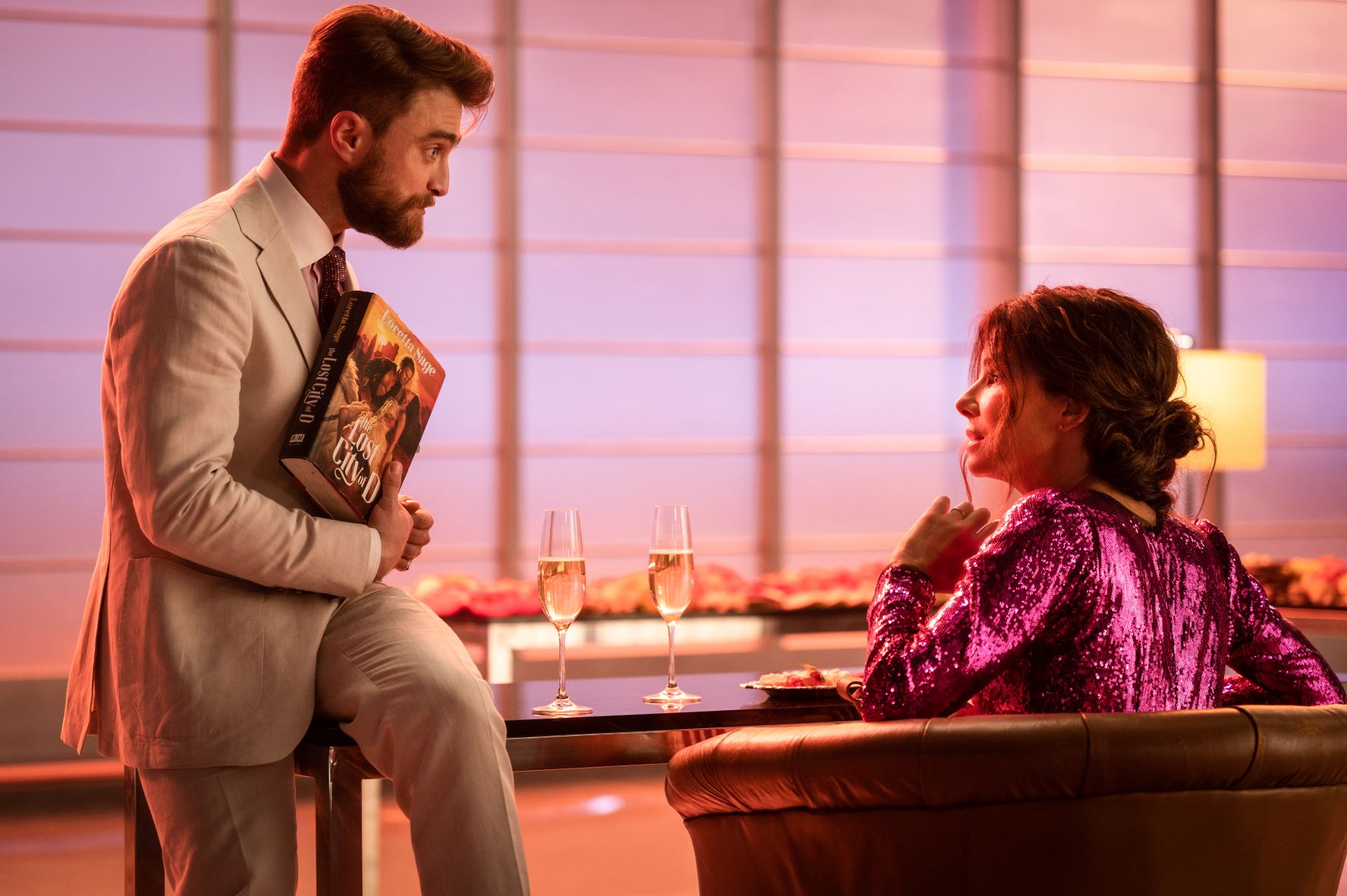 Soon after an embarrassing panel, Loretta is kidnapped by armed thugs and whisked away, leaving Alan as the only witness. She is brought before eccentric billionaire (Daniel Radcliffe), a petulant, overlooked rich boy who takes her to an island in the middle of the Atlantic and forces her to decipher ancient scrolls that can lead him to the real life treasure of the Lost City of D from her latest story. 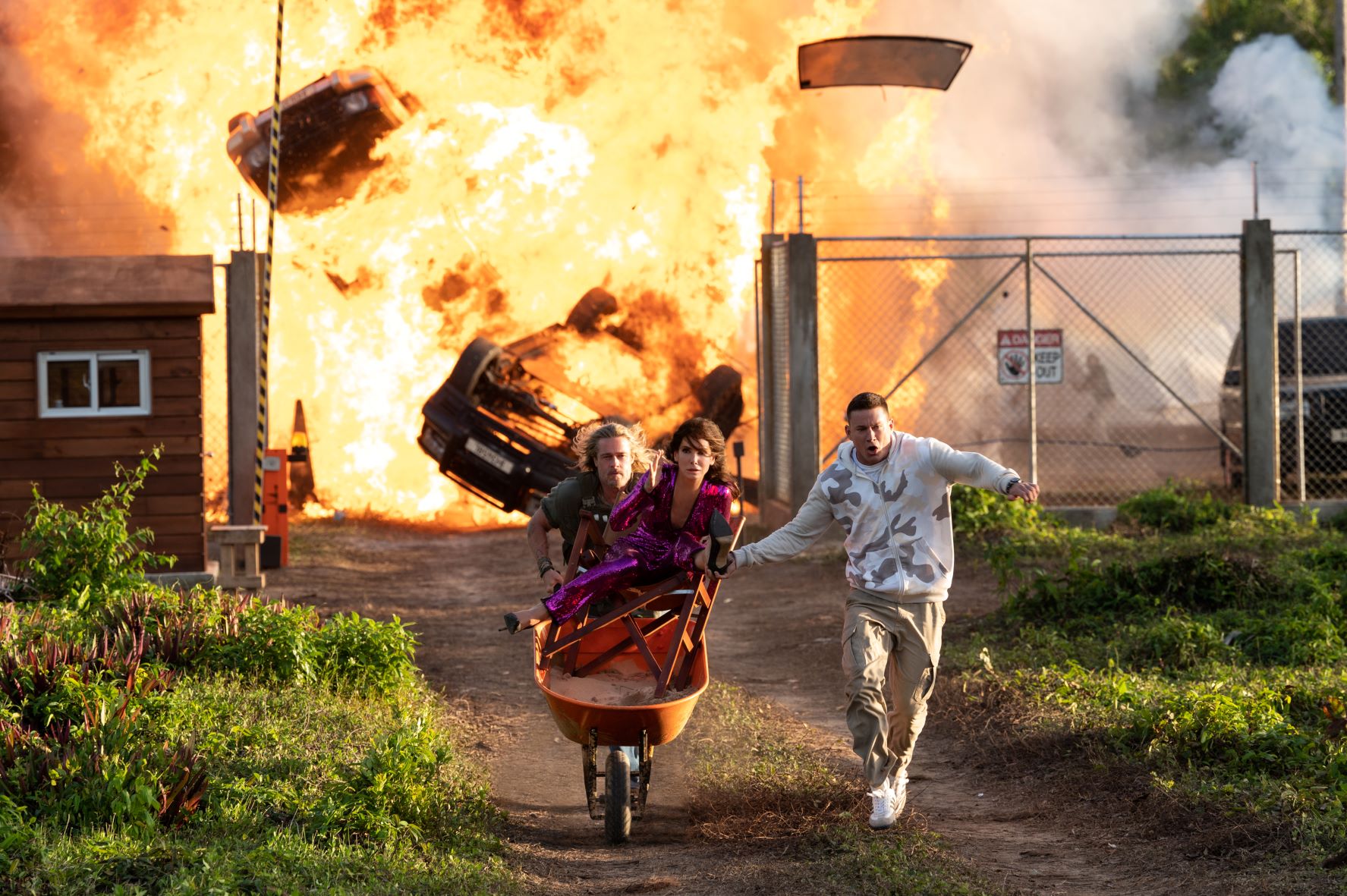 Desperate to prove that he is more than just a cover model, Alan sets off to rescue her with the help of Loretta’s publisher (Da’Vine Joy Randolph) and a former mercenary acquaintance (Brad Pitt). After a hilarious action sequence featuring badass fight choreography from Pitt, the out-of-their-element duo must navigate the jungle and find the lost treasure MacGuffin (a crown?) while evading their pursing captors. Side-splitting hijinks and sexual tension ensue. 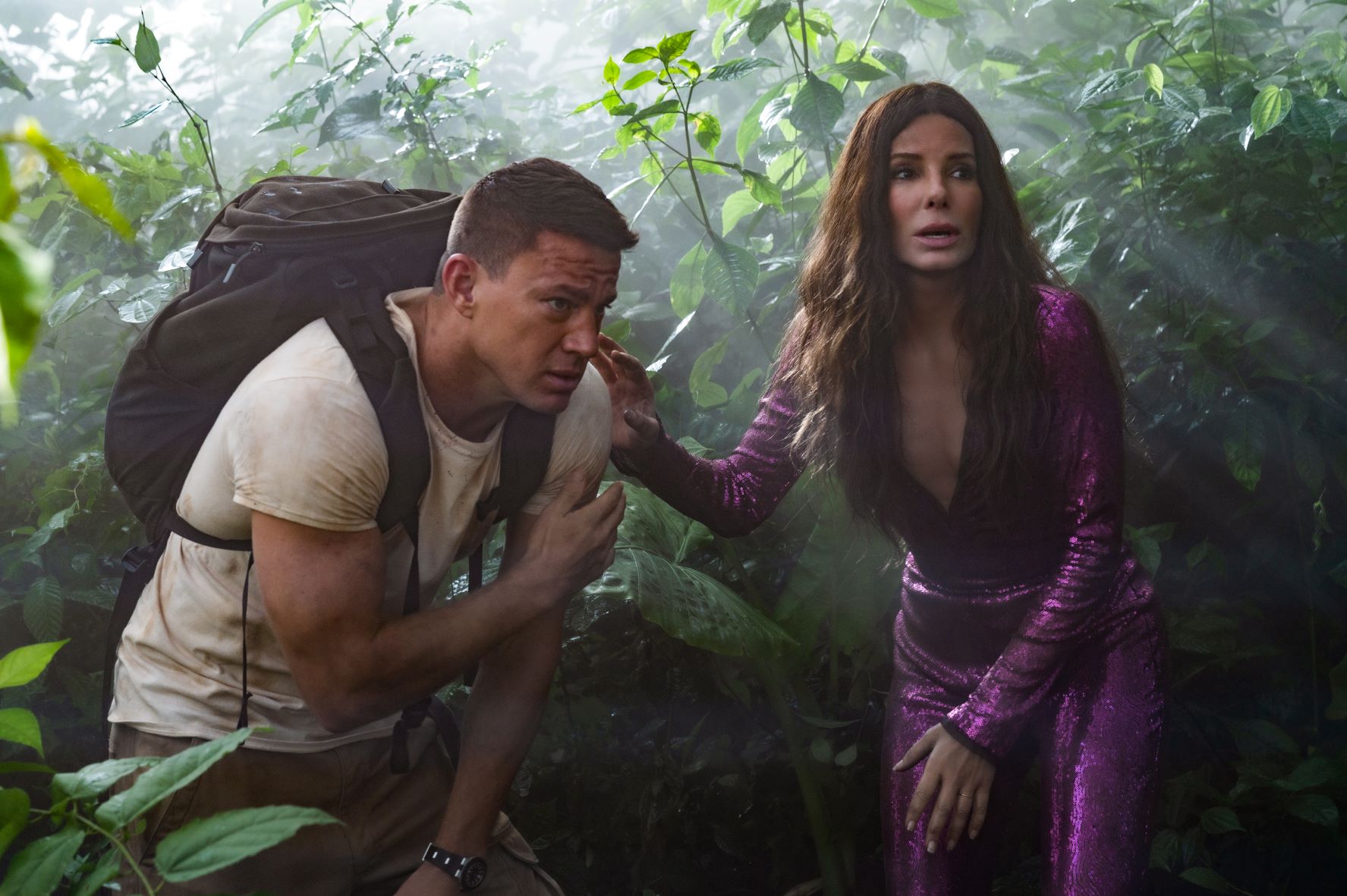 The unlikely pairing of Bullock and Tatum serves the film well. Similar to light 80s romps like Romancing the Stone and The Jewel of the Nile, The Lost City is a delightful action-adventure that delivers non-stop laughs and charming chemistry between its two leads. And after years of hit rom-coms with a long list of leading men, Bullock proves that she still wears the crown. 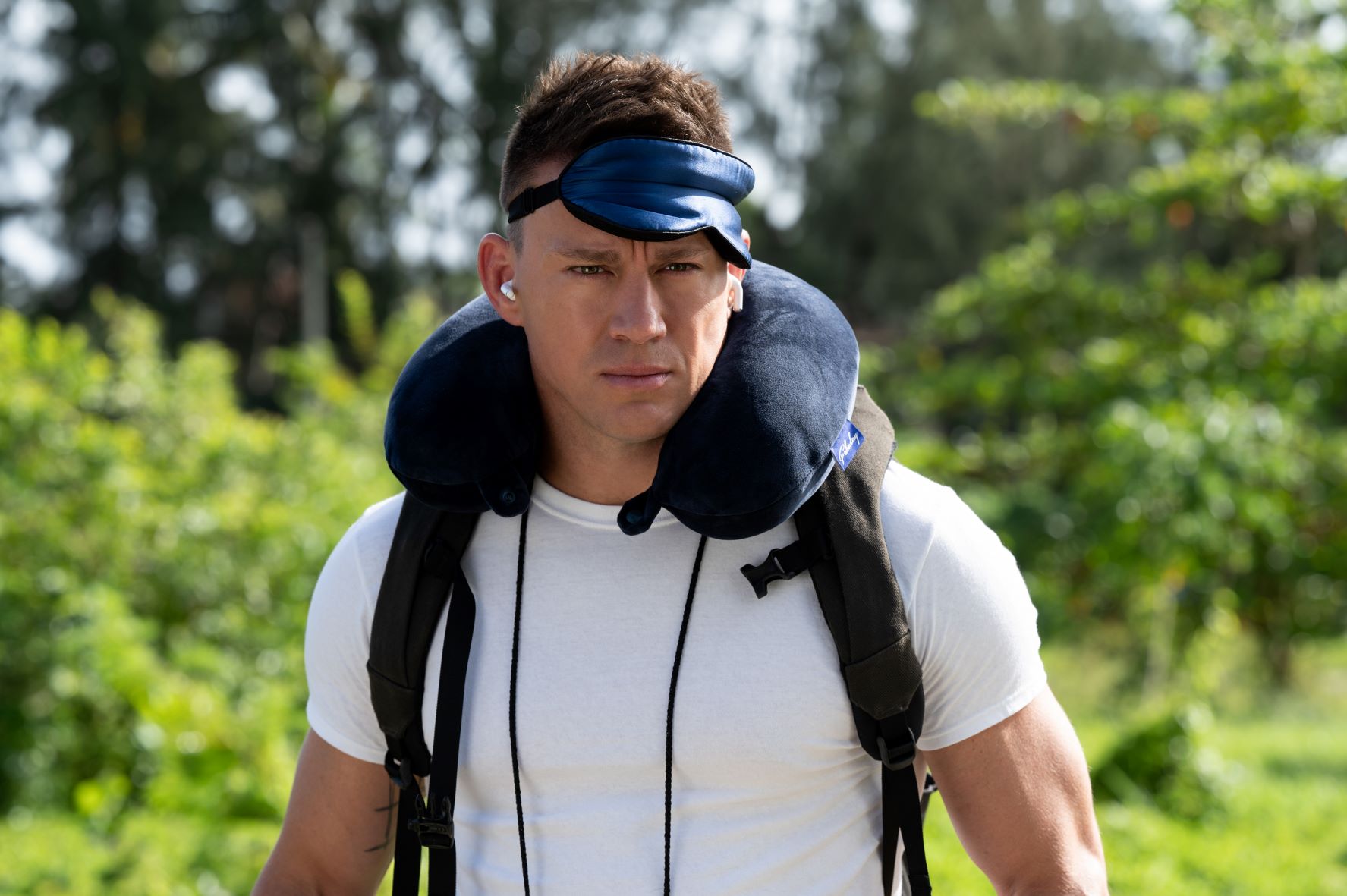 However, it is Tatum who steals the show as pampered, Fabio-esque, book cover model Alan. Tatum is exceptionally funny at playing loveable dimwits. Whether he’s making surprise cameos in Free Guy and This Is The End or voicing animated characters in Smallfoot and America: The Motion Picture, he is always up for a good time and game to poke fun at his public persona. In The Lost City, he serves as the audience’s entry into the fish-out-of-water/in-over-their-head story. In addition to displaying his action fighting and, yes, dancing skills, his character allows him to show off his superb comedic timing abilities that he honed in the 21 Jump Street series of films. 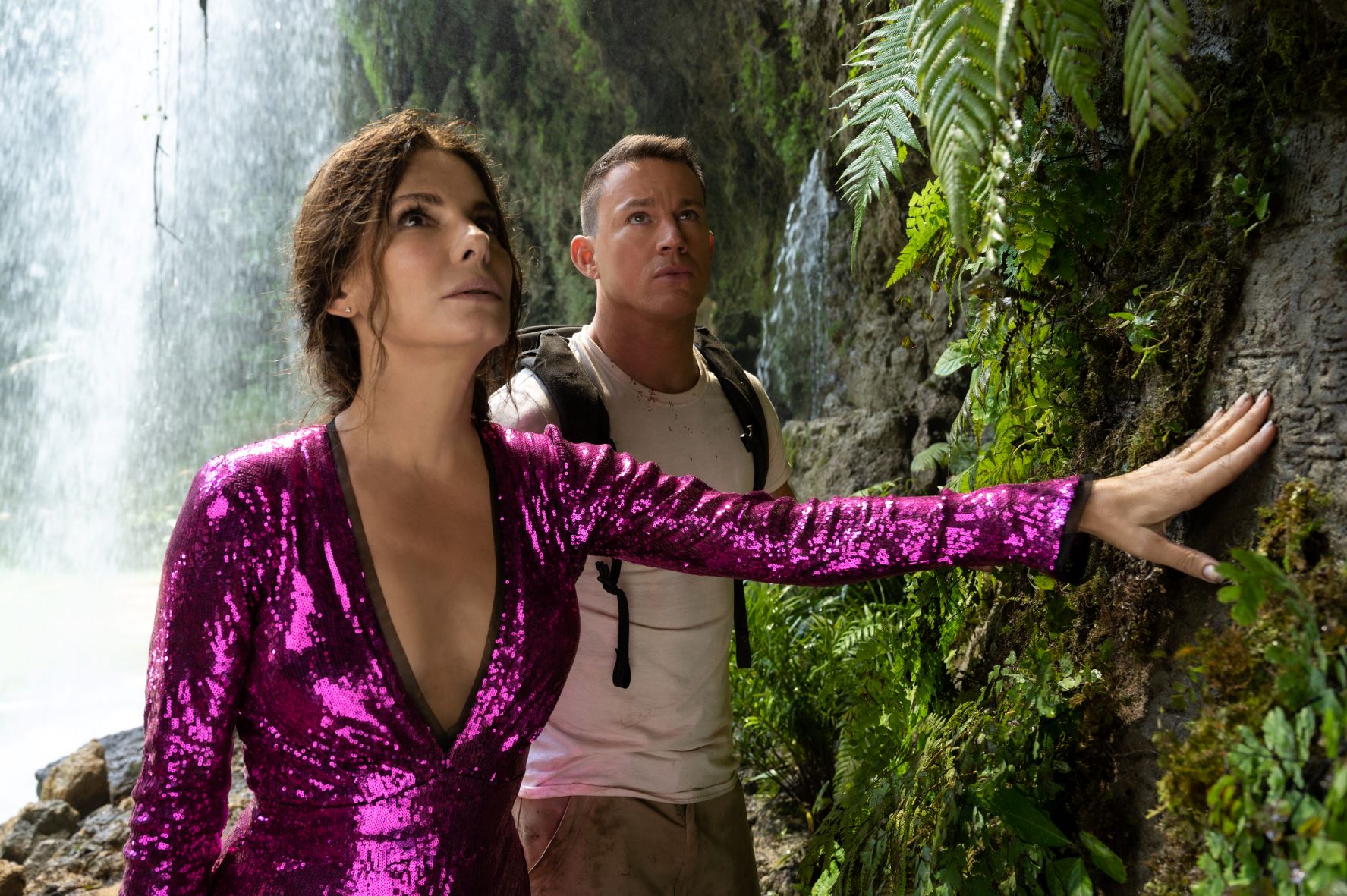 While predictable, The Lost City is a fun time at the movies and an entirely rewatchable comedy adventure that deserves a big audience. 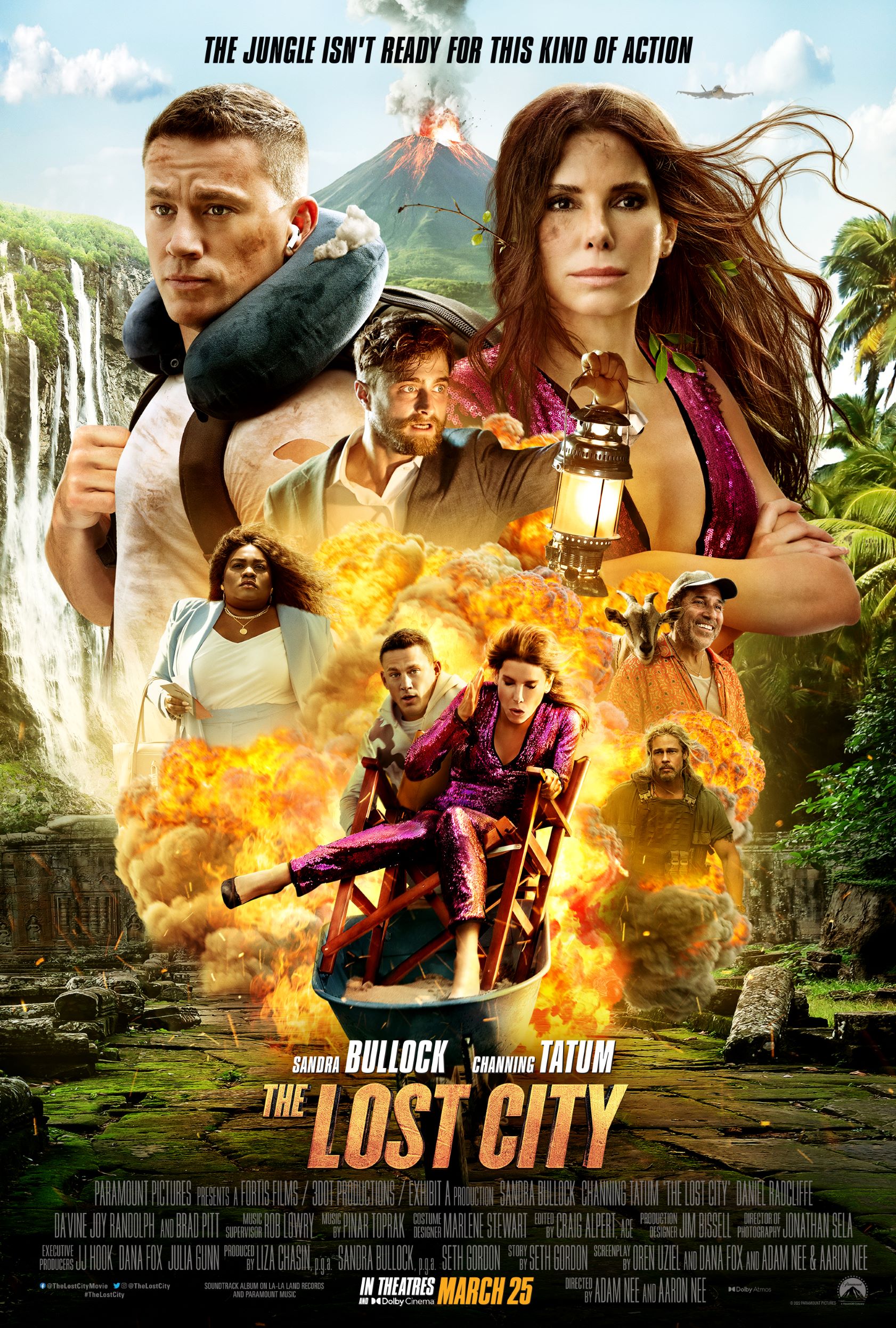