Ranked on the list of top earning directors of all time, writer, producer, director Chris Columbus has had a hand in some of the biggest hits and franchises over the last 30 years. From Home Alone and Mrs. Doubtfire, to a boy wizard named Harry, Columbus has introduced classic and iconic characters to the big screen — not to mention he wrote Gremlins and The Goonies from his own mind.

We recently got to speak with the acclaimed director about a new film he’s producing with his daughter under their Maiden Voyage banner, Patti Cake$. A female, hip-hop, underdog story, Patti Cake$ is triumphant, empowering, funny and just plain bad-ass. Directed by Geremy Jasper, the film stars Danielle Macdonald, Bridget Everett, Siddharth Dhananjay, Mamoudou Athie, and Cathy Moriarty. You can read our review of the film here. The following is a transcription of our interview.

PATTI CAKE$ is a daring film — one that Hollywood doesn’t often make. It’s also a bit grittier than most of your other work. What drew you to the project?

Chris Columbus: “You get into this business not really knowing that you’re gonna make the kind of movies that you make. You know, I was brought up in film school with the classics and was really deep into the 70s movies. People like Sidney Lumet, Francis Ford Coppola and Martin Scorsese were directors I admired and loved when I was going to the movies. And I just assumed that I’d be making those kinds of character-driven movies. But then I got caught up with Gremlins, and then The Goonies, and then Home Alone, so I realized as I was doing those movies that I sort of love all genres. It’s getting increasingly more difficult to make a movie like Patti Cake$ these days. And so for me, (Patti Cake$) was the opportunity to make a movie that would have been a studio film in the 70s.”

How did you get involved with the film?

Chris Columbus: “I have my production company 1492 Pictures, but I also have this independent film company called Maiden Voyage that I run with my daughter Eleanor. This is our sixth film in our Maiden Voyage filmography which started four years ago with Little Accidents, and we had a pretty nice success with The Witch. That was a point when we decided we also want to make movies that are going to help these first-time directors realize their dream of making their first feature. Patti Cake$ was a personal favorite of mine, because we saw it at the Sundance labs about three years ago, heard some of the music, saw what (director Geremy Jasper) wanted to do, and were dying to get involved. One of the producers called us as they were starting pre-production and asked us if we wanted to be involved and I jumped at the chance because it was one of my favorite scripts I’ve ever read.”

There are some dynamite performances in the film, particularly Danielle Macdonald. Tell me a little about the casting process.

Chris Columbus: “Geremy knew exactly what he wanted as far as casting. He discovered Sid on YouTube. He had worked with Cathy Moriarty before on a short film. Brigette Everett is someone who is well-known in New York around the cabaret circles, so she was always a contender. And Danielle was just someone he met and was enamored with. The fact that she’s Australian fooled us, that performance is just stunning to me. I think the casting process was pretty much in Geremy’s head for years. He’s a force of nature. He finished the movie and realized he didn’t have enough music for a record, so he went back into the studio and recorded five more songs with the cast — that aren’t in the movie. He re-cut the trailer himself, he shot the poster. He’s been living with this for years. There’s only one director that could tell this story and that’s Geremy, because he lived this life. He’s done a spectacular job.”

Do you think there’s a possibility for a follow-up to the film?

Chris Columbus: “When I saw the rough-cut of the movie, it reminded me a lot of Rocky and Saturday Night Fever — two of my favorite films. But I think this movie exists on its own. I don’t think there should be a sequel.”

Is that your philosophy when it comes to a lot of your films? You’ve ever only made two sequels (Home Alone 2: Lost in New York and Harry Potter and The Chamber of Secrets) and you mentioned two films you wrote, The Goonies and Gremlins, which have both been surrounded by sequel talk for years.

Chris Columbus: “I think there’s room for another Gremlins. I wrote a script for Gremlins 3, although I had a bit of a problem with Gremlins 2, so maybe this is Gremlins 2.5. For me it needs to get back to the subversive, dark, satirical nature of the first script that I wrote. The first Gremlins script was a hard-R, so that’s basically what I tried to do with this script — knowing full well that the studio will probably request PG-13 at some point. I want them to remember what they originally got involved with and what Gremlins originally was. (The script) is at times politically incorrect and offensive to probably everyone, but really a fun ride. We’re dying to make the movie, but the problem is it’s probably too expensive, so we need to work out the budgetary kinks.”

Chris Columbus: “The practical effects. It’s all puppets. There will be some minimal CGI, but we’re still using the Gremlin puppets. The CGI will let us remove the wires and make the puppeteers lives easier. It was brutal (back then) for those guys. In the bar scene in Gremlins, we had like 20 people stuffed behind the bar with no space to move. It was just hell. The CGI will simplify all that.”

Any desire to revisit any of your other popular films or characters?

Chris Columbus: “A sequel to Mrs. Doubtfire was in the works, sadly, when Robin (Williams) passed away. We had a great script. That was a character I was intrigued with revisiting, because rarely in the movie business do you get the opportunity to shoot a sequel to something some 20-plus years down the road where the lead character — because of the prosthetic make-up — would look exactly the same. And I thought that would have been incredible.”

Chris Columbus: (continued) “People talk about Goonies, but that’s a tougher one. The Goonies aren’t kids anymore and you’d probably have to introduce a new group of kids. That one’s trickier.”

Do you think shows like Stranger Things or the upcoming film adaptation of Stephen King’s IT are filling-in that gap?

Chris Columbus: “It’s filling the gap for all the people working on it, but not for me. (Laughs) And the audience, I guess in a certain sense. I believe IT is going to be huge. It seems to tap into that same sensibility, but on a darker scale.”

Circling back to the film, what message are you hoping audiences take away from Patti Cake$?

Chris Columbus: “There’s a very old-fashioned theme that I want people to take away from the movie which is: If you work hard enough at something, and if you believe in yourself, then don’t listen to the detractors. Don’t listen to all the cynical people out there who are telling you that you’re never going to be able to make it. You have the opportunity to make it if you believe in yourself. You know, it’s very simple. I lived through that. Geremy lived through that. I grew up in an Ohio factory town where everyone said to me, ‘You’re never going to make it in the movie business. You have to grow up in the movie business. You have to know someone to be in the movie business.’ I was as far from the movie business as any other human being could ever be, but I had that belief. I had that knowledge that if I didn’t work hard, I’d be stuck back in that small town. And that’s what Patti is dealing with. She’s stuck in dirty Jersey in a town full of losers. It’s the heart of every Springsteen song. For me, that’s exactly what Patti Cake$ is.” 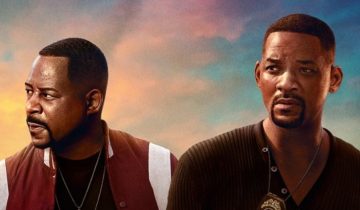