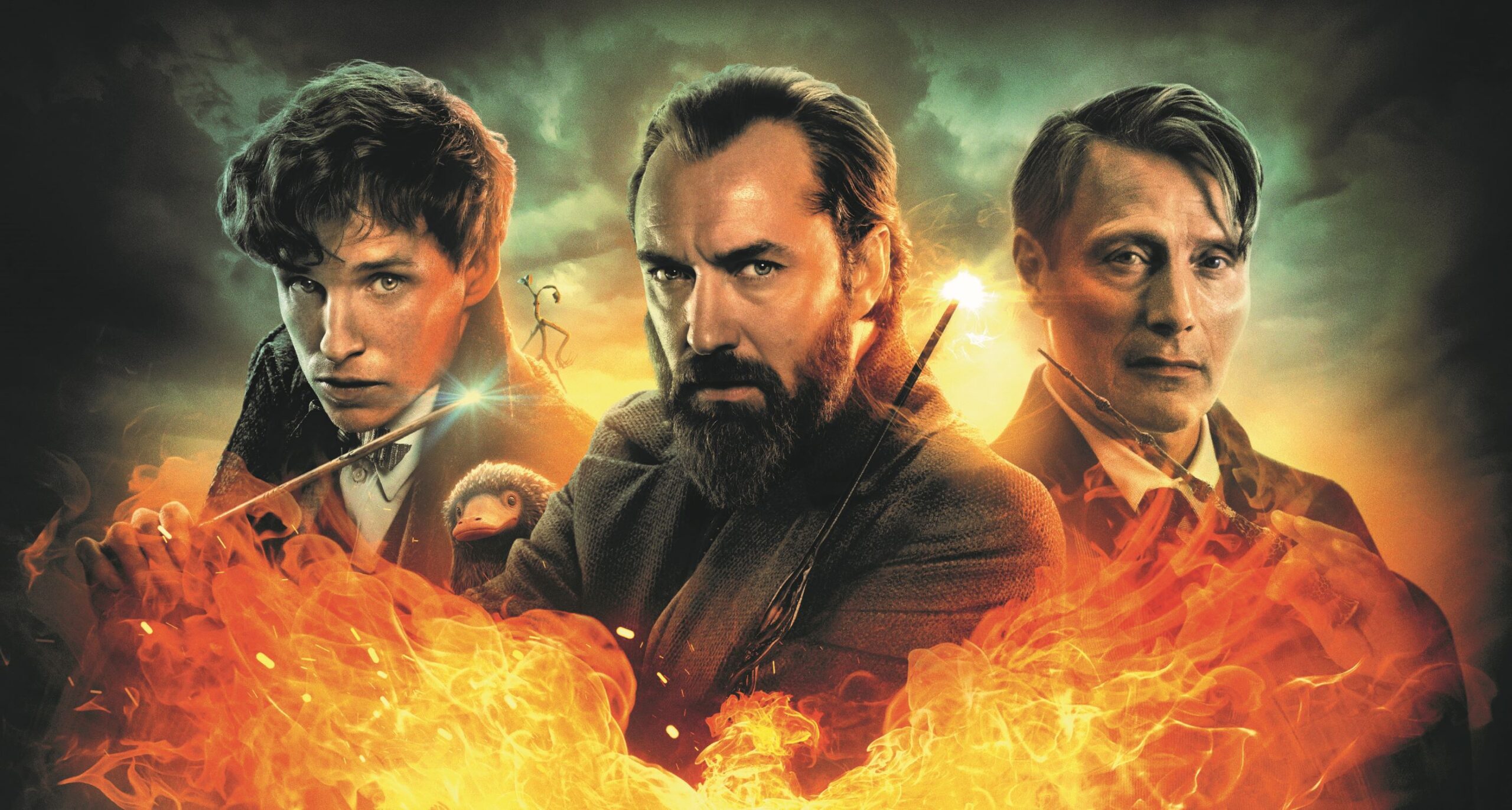 A darkly magical third chapter that does little to improve this Wizarding World™ prequel series.

Fantastic Beasts: The Secrets of Dumbledore finds Professor Albus Dumbledore (Jude Law) at a crossroads with Dark wizard Gellert Grindelwald (Mads Mikkelsen), who is plotting to seize control of the wizarding world. Unable to move against Grindelwald on his own, Dumbledore entrusts Magizoologist Newt Scamander (Eddie Redmayne) to lead an intrepid team of wizards, witches and one brave Muggle baker on a dangerous mission, where they encounter old and new beasts and clash with Grindelwald’s growing legion of followers.

While all that sounds exciting on paper, it doesn’t really translate to film. Hate to admit it, but Fantastic Beasts might be a series of diminishing returns. While Fantastic Beasts and Where to Find Them was, indeed, a dark first chapter, its friendly beasts and two central romances of Newt and Tina (Katherine Waterson), and Jacob (Dan Folger) and Queenie (Alison Sudol) were compelling. It’s sequel, Fantastic Beasts: The Crimes of Grindelwald, sidelined those critters and burgeoning relationships to instead follow a plot muddied in dark revelations and confusing character choices.

Filled with both light and dark moments, Fantastic Beasts: The Secrets of Dumbledore is a combination of the first two films. Highlights include an escape scene that involves Newt and his brother Theseus (Callum Turner) performing a hypnotic scorpion cave dance to avoid death, and whenever Dan Folger is on screen.

Throughout the David Yates-directed and J.K. Rowling-scripted film, some characters receive redemption and start behaving rationally, while other characters’ storylines are wasted or completely missing-in-action until the last few frames. And that’s not to mention the controversial Johnny Depp recasting, which really has little-to-no effect on the film-going experience at all. At this point, the audience is primed to see a new actor play Grindelwald in each film. Mikkelsen is great and all, but let’s get Collin Farrell back on deck, just in case.

While these last two Fantastic Beasts films have moved some of the action back to Hogwarts, this series has simply been unable to recapture the magic of the original Wizarding tales of Harry, Ron, and Hermione. Pitting the two franchises against each other is, admittedly, unfair; however, the comparison, while steep, is inevitable.

After three films, the series is less focused on the fantastical creatures of its title or the relationships fostered in the first film. Instead, it’s more worried about exploring a convoluted plot about secret siblings and love affairs. The result is a long, dull, and unclear Dumbledore/Grindelwald backstory that no one asked for. (Although Jude Law is great as a young Albus. More of his Dumbledore in action, please.)

The film’s ending does offer a glimmer of hope for a return to form that lies ahead; however, this franchise will have to do some serious pivoting to right its course. After all, wizarding movies should be a magical experience, not a chore to endure. Wave your wand and get it together, J.K.

Rated PG-13 with a running time of 2 hours and 16 minutes, Fantastic Beasts: The Secrets of Dumbledore opens in theaters on April 15, 2022. 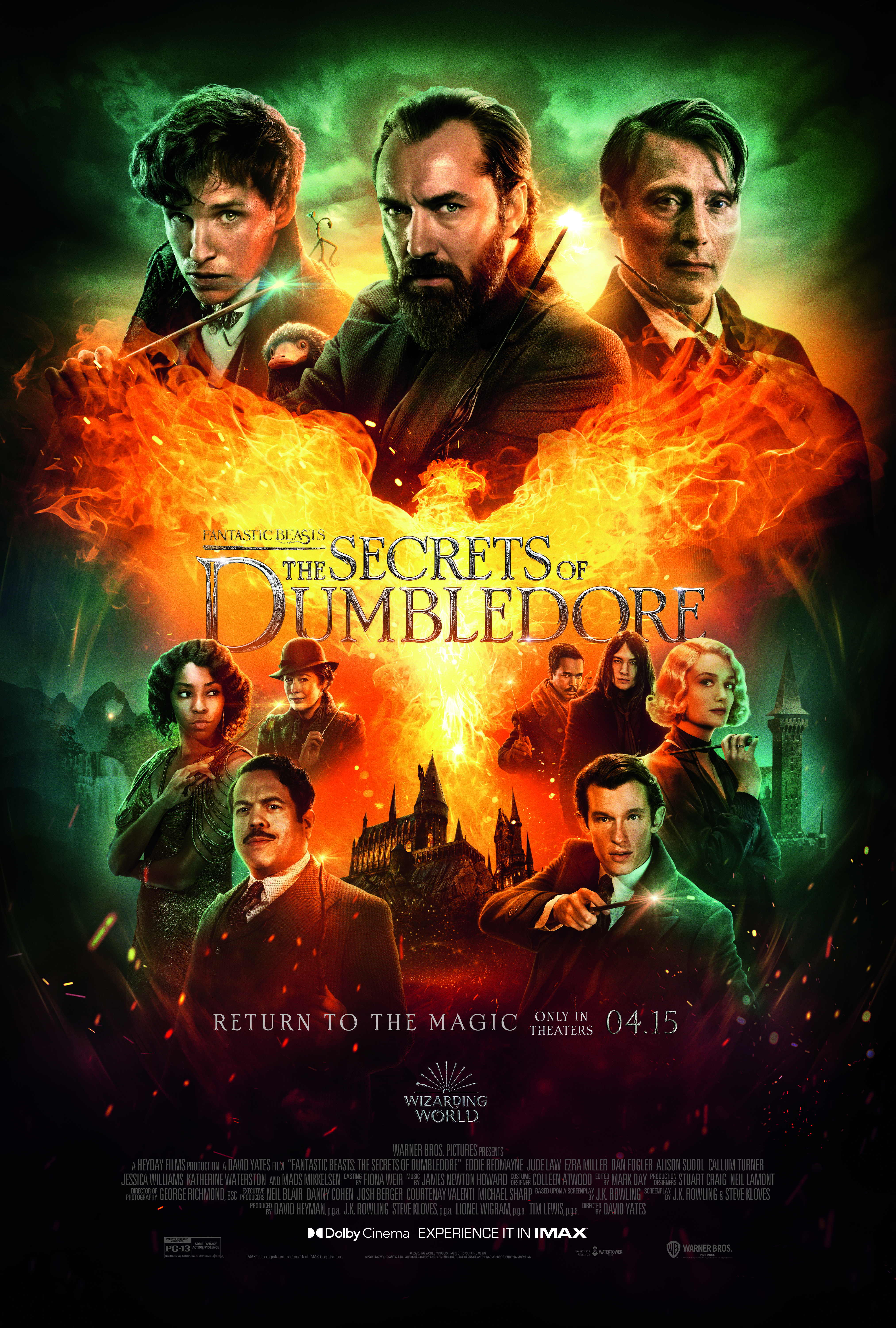 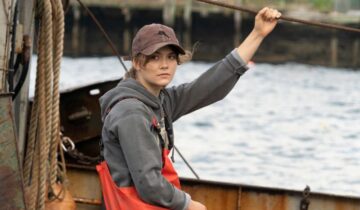