Horror mega-producer, Jason Blum just had a hell of a week. The man behind frightening low-budget franchises such as, Insidious, Sinister and The Purge just experienced the double-whammy of having two films flop on the same opening weekend. Blumhouse Producion’s Jem and the Holograms (a fine film) was a financial failure opening to $1.3 million. Meanwhile, the final installment of the Paranormal Activity series, Paranormal Activity: Ghost Dimension, only managed a franchise-low $8.2 million domestically. Perhaps its early release on VOD next week will help it find a larger audience.

Before everything hit the fan, we had the opportunity to speak to the producer last week about his current productions, what he has on deck for the future and his desire to recreate scary Amblin films for kids.

So, Paranormal Activity: Ghost Dimension will be in theaters and on VOD soon. What can you tell me about the film? Is this the final chapter of the series?

JASON BLUM: “Most horror movie franchises decide to make the last one when it doesn’t work financially and so they’re like, “Alright, we’re not making anymore.” We did it proactively this time, instead of grinding it into the ground. When we were coming up with the story for this movie we decided that this would be the last one – which gave us a lot of luxury to answer all the questions people had about the mythology. Every movie we kind of answered a few and then teased out a few more, and because this is the last one we were able to say, “We’re going to reveal all!” We’re saying goodbye. This is the final chapter and creatively that’s how we approached it.”

How does the 3D enhance the film?

JASON BLUM: “We used the 3D to actually show the ghosts. You’ve only heard about ghosts and seen their wrath, but you’ve never seen them in any of the Paranormal Activity movies. We decided we had to show the ghosts and the way to do that was in three dimensions.”

Was there an endgame for this series early on?

JASON BLUM: “I wish I could say yes, but absolutely not. The movies came out so quickly…we were flying by the seat of our pants from movie to movie.”

What else do you have in the pipeline that you’d like to mention?

JASON BLUM: “We have Jem and the Holograms opening the same day as Paranormal Activity, which is exciting. And then next year we have The Purge 3 and Ouija 2, both of which we’re shooting now and I’m very pleased with how they’re coming along.”

The Purge, you said is coming along well. The setting changed quite a bit from the first one to the second. How far do you see that series going?

JASON BLUM: “I hope we can do a lot with it. I think the idea of the Purge is very friendly to multiple, multiple chapters. This next one is very different to the previous ones and I’m psyched about it. So hopefully it will go on for a long time.”

Now in the world of the film, the Purge is just isolated to within the United States of America, correct?

Have you ever thought about taking it global? A world-wide Purge?

Adult horror seems to be your bread and butter, but have you ever thought of making family-friendly horror movies for children, like scary films geared to a younger audience to expose them to the genre?

JASON BLUM: “You know, it’s funny that you say that. We actually have. There are two projects we’re working on that are like the old Amblin movies that are scary for kids. They haven’t been announced yet, but they’re going to be announced soon. Two projects which is exactly what you just described.”

Awesome! I just took my kids to Goosebumps and they loved it! They just connect more with live-action and love seeing real people doing real things. I feel like that’s an untapped market.

Can you give anything else about them?

The idea of producing scary, live-action films similar to Amblin greats The Goonies, Gremlins and E.T. is music to my ears. I feel there is an over-saturation of CGI-animated movies that kids are kind of getting sick of, and as a parent, I am too. So bring it on Blumhouse, and I’ll be there with popcorn and 3D glasses!

To listen to the full interview, click below and scroll to the 1:20 mark. 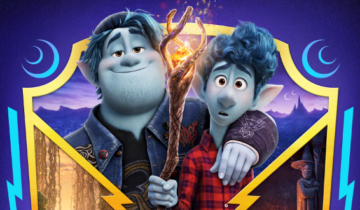