Flee feels unique from the moment it begins, as it is a documentary that has been animated in attempt to keep the subjects anonymous. At its core, the film is about a refugee – but it’s also a film about the concept of home, identity, love, family, and freedom. The film opens with absolutely gorgeous animation and establishes the tone/style for what you’re about to sit through. For 83 minutes, I was fully engaged in this film and found it to be wildly engaging and so incredibly thoughtful and important. Director Jonas Poher Rasmussen fully takes advantage of the medium of both documentary filmmaking and animation and runs with it for a stunning cinematic achievement.

The film tells the story of Amin, who arrived in Denmark from Afghanistan. It jumps around from his troubled childhood as a refugee to his life today as 36 year old man who has found success and love in his life. He has a stable job, a loving boyfriend he intends on spending the rest of his life with, and a cute cat – but he can’t seem to overcome the traumas he endured as a kid, and the questioning of his own identity and concept of what or where home is to him as a person. 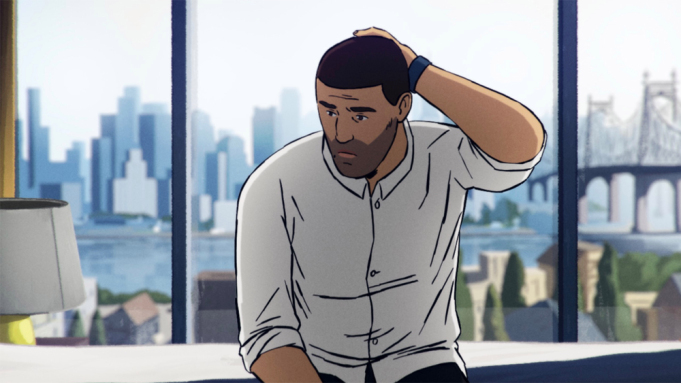 The story is inherently fascinating as a film. Amin’s story is gripping and full of suspense that feels so genuine and personal from the moment it starts unraveling. But it only gets better as it goes along, as the themes dig deep into that of trauma and how our identities truly define who we are. It’s all about self love and acceptance – and it’s something that Amin struggles with despite the love and acceptance he has from other people in his life. Seeing him slowly open up to these filmmakers, as well as the people in his life – is so beautiful. Yes, on paper, this is a refugee story. But as the film plays out it turns out to be so much more than that.

By the time the film was over, I was so amazed by what I saw that I couldn’t believe I had to watch it on the screen of my laptop. Yes, it is visually stunning and heart wrenching no matter what format or size screen you watch it on – but it feels like a genuine, sprawling epic in every sense of the word that I can’t even begin to fathom how beautiful it would’ve looked on the big screen. The film was recently acquired by Neon, so hopefully in addition to a theatrical window, they will do right by making sure this riveting and heartfelt story finds the biggest audience possible later this year. An absolutely stunning achievement.

SUNDANCE REVIEW - "Together Together"

SUNDANCE REVIEW - "On the Count of Three" 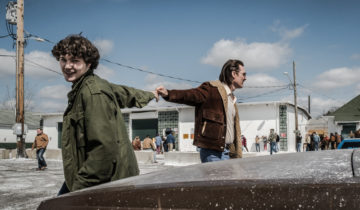