Home›Movies›SUNDANCE REVIEW – “Together Together”
Movies

SUNDANCE REVIEW – “Together Together”

Comedy is a medium where you can use the laughs as a trojan horse for thoughtful and sincere messages; that’s why it’s often one of my favorite mediums of expressionism. From that of stand-up comedy that can tackle any wide variety of hard-pressed topics or comedic films like Together Together, if we can laugh and cry about something – it’ll be easier to normalize it. The film follows Matt (Ed Helms) who wants to be a father, despite having no partner in life. He hires Anna (Patti Harrison) as his surrogate, and despite thing starting off a bit awkward between the two, the relationship evolves into something neither of them ever expected and changes their outlooks on intimacy and friendship in a genuinely profound way.

We get so many films that are about two people falling in love romantically, under unusual circumstances. But we never get films that are about what happens when we fall in love platonically. There are so many forms of love in life, and the love we form when we choose for someone to be a lifelong friend is unmatched to most things. Together Together is all about the importance of platonic love, and what it means to truly be there for a person. The friendship that Matt and Anna develop in this film is so lovely, and made me tear up by the end.

A film about friendship is only good if you fully buy that the two actors playing said-friends are wanting to be friends with each other. Harrison and Helms deliver absolutely exquisite chemistry in each and every scene. They play up the awkwardness of the opening interactions so well, but the naturalistic approach to exhibiting how they genuinely become friends throughout the course of such a weird and unique process is something really sincere to me. By the end of the film, I found myself really compelled by their lives and stories and was a little upset by the time the credits rolled, simply because it was such a delight to watch!

Yes, the film is a bit cheesy at times and has predictable elements, but it wears its heart on its sleeve so genuinely that its hard to even care when it treads into familiar territory. Nikole Beckwith writes and directs this, and she does it oh-so genuinely. I love how intimate we get with Matt and Anna individually, because it just makes us fully understand and buy into their friendship all the more. Between great performances, a hilarious and thoughtful screenplay, and lovely direction – Together Together is one of the best finds at Sundance this year and an absolute delight from start to finish.

SUNDANCE REVIEW - "Prisoners of the Ghostland" 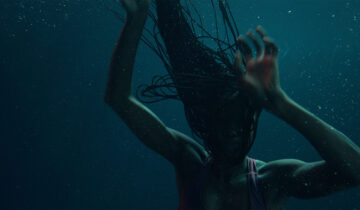