Home›Movies›SUNDANCE REVIEW – “On the Count of Three”
Movies

Lifelong friends Val (Jerrod Carmichael) and Kevin (Christopher Abbott) are both at the point in their lives where they feel like the only way out is to fully give up on life. Val has broken up with his girlfriend, has a job he hates with all his heart, and is seemingly in a loop of mental illness that isn’t getting any better. Kevin is locked up in a psychiatric ward for a suicide attempt, and from the moment you meet his character, you know he really shouldn’t be leaving the place. But Val decides to break Kevin out, which at first seems like an ill-advised but harmless act to see his friend until Val tells Kevin his plan – that they form a double-suicide pact. Seem pretty dark and heavy for a comedy? Well, yeah. It really is.

Jerrod Carmichael is such an interesting performer, because his comedy always spawns from a place of truth and darkness. His material is never overtly serious, but like most great comedians, he digs into the truth of societal and humane issues and finds a reason to laugh about it so we can heal and converse. Not only is Jerrod Carmichael giving an absolutely wonderful performance here as Val, but he directed this film and turns in an absolutely fantastic directorial debut. For such heavy subject matter, he handles it with care, nuance, and most of all – humor. 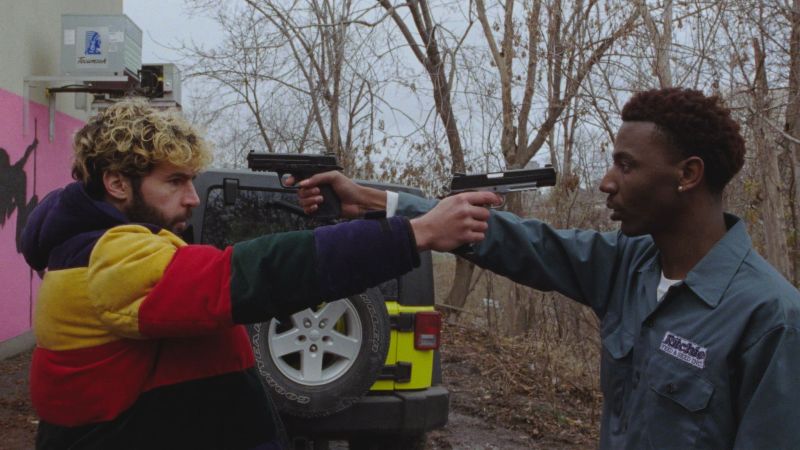 Christopher Abbott has been a performer I’ve been looking out for for quite sometime, and as always, he proves here that I’m right for that. Abbott delivers a funny but ultimately heart-wrenchingly realistic portrayal of a man who is truly done with living. A lot of the inherent sadness of the plot is only emphasized by the joy and laughs the guys have throughout the film, because you truly buy them as friends who love and would die for each other – but you know underneath the joy, they still want to follow through on their plans at the end of the day and that not much is changing in their minds.

There are certainly signs of a first-time director here and some screenplay elements that probably could’ve been touched up on a little bit before it was shot. Even so, I think there’s an element of the scrappy aesthetic and product that makes it even more entertaining and interesting to me. There’s a sense of genuine authenticity both behind and in front of the camera, which is what makes its messages about mental illness and how we talk about these things so resoundingly powerful by the time the film ends. It takes genuine turns you don’t expect, and the finale pays off in ways that left me surprised and moved. It’s a wonderful film on every level, and I’m really curious how audiences respond to it later this year.