Warrior is one of the best dramas of the decade, and the mixed martial arts-slash-family drama is new to 4K. Gritty, hard-hitting and emotional, Gavin O’Connor’s (The Accountant and soon Suicide Squad 2) film pits two brothers (Tom Hardy and Joel Edgerton) against one another in a fighting competition where there’s more than just a monetary prize at stake. Warrior pulls no punches: like the original Rocky, the physicality of the violent sport is more a backdrop for the very real and very grounded human drama at the forefront. Like the best hand-to-hand combat movies — Rocky, Rocky II, Creed — you can feel every blow in the powerhouse fight scenes, but it’s the characters, their interactions and their dramatic collision course that makes Warrior a champion.

As engaging as Warrior is — it’s a movie that isn’t talked about enough, making it’s 4K makeover quite the welcome surprise — it’s a fair question to ask: did this movie need a 4K transfer? Surely there’s a list of movies more deserving a 4K redo, at least this early on in the format’s history? Nothing about Warrior‘s original 2011 Blu-ray necessitates a 4K makeover; the movie wasn’t just presentable in 1080p, it looked damn good. Detail and sharpness were strong, and Connor’s very natural and Rocky-esque look was presented well, with a healthy amount of grain that was true to Warrior‘s filmic theatrical presentation. Some of Warrior looked pretty grainy in its original release, especially in nighttime scenes, but most of that is a creative decision and not any sort of flaw.

Warrior 4K looks better than its predecessor, of course, because the high-dynamic range disc boasts four times the resolution of full HD, but Warrior 4K doesn’t look like a brand new film the way Kick-Ass (also a Lionsgate release) finds new life in the 4K format. Warrior is a good-looking movie that looked good on Blu-ray and looks even better on 4K, but there weren’t a lot of improvements to be made; whatever alterations exist are slight and won’t be easily spotted by casual viewers.

Still, Lionsgate’s newest transfer of Warrior is fantastic, with its Dolby Atmos soundtrack and 2160p UHD presentation. If you already own Warrior on Blu-ray, you might find little value in upgrading to the UHD release, unless you prefer having the best-available version of every movie in your collection. If you’ve never owned Warrior in any format, the upcoming 4K release is an absolute must buy: the movie and its disc are a solid addition to any movie collector’s shelves, even more so when it can be had for just under $17. Warrior 4K is available to own 10/24. 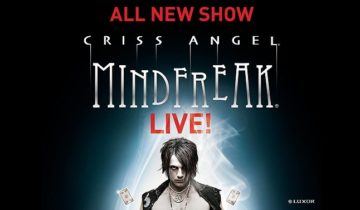