Matthew Vaughn’s tale of wannabe superheroes is the latest movie to receive a 4K makeover from studio Lionsgate, who is showing a devotion to the flowering format. Lionsgate has already released newer favorites in 4K UHD — Power Rangers, La La Land, both John Wick films, Moonlight — but they’ve steadily built up a catalog of older films remastered in 4K, like Terminator 2: Judgement Day, 3:10 To Yuma, The Lincoln Lawyer and The Expendables. 2010’s Kick-Ass is the latest to get the treatment, and the stylish, colorful action comedy finds new life with its HDR redo, outpacing the original disc release in every possible way.

The Kick-Ass Blu-ray suffered from oversaturated colors that were too bright, losing detail in the process — a problem thankfully corrected in the 4K update, which lends the movie not only a better color palette but more textures and better details. With a lot of films making their way to 4K, you often wonder what’s the point; the regular Blu-rays, probably already in your collection, are good enough. With Kick-Ass 4k, the film is done justice in a way it wasn’t before — the HDR edition is an improvement and worth checking out, even if you already own the original 2010 release.

If Kick-Ass is one of your favorite movies, the upgrade is a no-brainer: the 2010 disc is fine and certainly watchable, but the colors always felt wonky. While the original transfer wasn’t exactly botched, the 4K provides a much-needed correction, and the irreverent superhero action comedy looks brand new with its 4K do over, made even better by the Dolby TrueHD 7.1 Master Audio track, which blows the f—k out of your speaker in the best way possible. Kick-Ass always sounded great, but every blow, every gunshot, every explosion, every line of swear-filled dialogue comes through perfectly loud and clear.

There are no new special features, but the 4K does include the extras from the original release, including the feature length “A New Kind of Superhero: The Making of Kick-Ass,” a comprehensive documentary that has more than enough info for even the most diehard of fans. It runs a little long in the tooth, but when so many movies neglect special features and especially informative, lengthy making-ofs entirely, how can you complain? Kick-Ass 4K is another exquisite release from Lionsgate who, well, kick ass at this whole 4K thing. Kick-Ass is now available on 4K UHD. 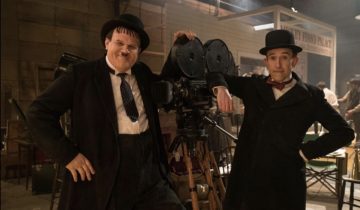