Big Time Adolescence is written and directed by Jason Orley, stars Griffin Gluck, Pete Davidson, Sydney Sweeney, Colson Baker, Thomas Barbusca, Emily Arlook, Oona Laurence, and Jon Cryer. It tells the story of a suburban teenager coming of age under the destructive guidance of his best friend, an aimless college dropout. Now, I am a huge fan of Pete Davidson. I have loved most of his work on SNL and was a big fan of his first stand up special. It’s been exciting watching him develop as a comedian, even before all the tabloid stuff, so I was very excited to see he would be stepping into more serious work. That being said, how does he do. Big Time Adolescence greatly benefits from Orley’s unique and hilarious voice and propelled further by fantastic performances from Pete Davidson and Griffin Gluck. He did it, folks.

Jason Orley is making his debut as a director here and he knocks it out of the park. This is clearly material very close to Orley, as it’s loosely based on his actual life, and his touch can be seen throughout. Many could write off this as a typical coming of age comedy, but Orley comes to the genre with such a fresh and hilarious touch that you can’t help but be charmed by it. It’s sweet, genuine, and hysterical. The first act of this film is legitimately laughing out loud funny the entire time and Orely is able to keep this momentum up throughout. That being said, this is clearly a debut. Orley has a bit of a tough time wrapping up the film, and the stakes are raised to a degree that doesn’t really feel earned. Also, the film opens with narration and then completely drops it. Big Time Adolescence isn’t a perfect film, but it shines a light on the rising talent of everyone involved.

Griffin Gluck has been a star I haven’t necessarily had my eye on, but one I was aware of. If you couldn’t tell from the logline of the review, I’m a big fan of American Vandal so I was very pleased to see him in this. He does a great job and I’ll now be looking out for him in the future. Jon Cryer does a fine job as well, I just would have liked to see a bit more from his character. Colson Baker, also known as Machine Gun Kelly is here, and he actually does a very good job. He’s very funny and while I was a bit surprised to see him pop up, he wasn’t unwanted. Now, onto the big boy. Pete Davidson is fantastic. If he wasn’t already a star, this would be a star-making role for him. He plays this role perfectly, and while I get the impression it may have been written for him, he knocks it out of the park regardless. He is hilarious, charming, deeply flawed, and a bit unlikable all at the same time and he was a delight to watch. Nothing was changed to make this character look better or make the character more likable. We all know a Zeke, and Davidson does a wonderful job bringing him to life. I know I say this a lot but I would love to see him get a nomination or two for this performance.

I am a big fan of the coming of age genre and when discussing them I organize them into three groups. There are the guilty pleasures like The DUFF or 10 Things I Hate About You, the masterpieces like Me and Earl and The Dying Girl and Eighth Grade and then there are the ones that are really good, but not extraordinary. Films like The Edge Of Seventeen, Love, Simon, and (you guessed it) Big Time Adolescence. It does a great job at everything it tries to do, but it’s just shy of excellence. Its cinematography is sleek, it has a nice score, the editing is well done and everything overall is executed effectively, it’s just missing that spark that makes it a classic. It has such a great heart and the performances are wonderful, it’s just shy of really standing out. That being said, talk about a good problem to have. Orley and everyone involved did a great job with this film, and I will be highly anticipating whatever they do best.

In short, Big Time Adolescence is an enjoyable, heartfelt coming of age comedy with fantastic performances and a showcases a fresh new voice in director Jason Orley. 4/5 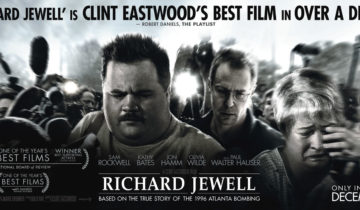