With ramped up action and rapid fire laughs, Sonic the Hedgehog 2 packs a punch.

The sequel picks up 243 days later with Dr. Robotnik (Jim Carrey) still marooned on a Mushroom planet—plotting his escape, making Rube Goldberg-inspired death traps, and talking to rocks like Tom Hanks in Castaway—until one of his distress signals gets the attention of Knuckles (Idris Elba), a warrior in search for an emerald that has the power to destroy civilizations.

Meanwhile, back on Earth, Sonic the Hedgehog (Ben Schwartz) has been moonlighting as Batman-like vigilante “Blue Justice,” to help stop bank robbers and thwart crimes in Green Hills, but his irresponsible attitude results in expensive collateral damage. This prompts adoptive dad, Tom (James Marsden) to give him the “great power/great responsibilities” talk. Sonic has some growing up to do before he can become the big, blue hero he wants to be.

While Tom and his wife Maddie (Tika Sumpter) are in Hawaii to celebrate her sister Rachel’s (Natasha Rothwell) wedding, Robotnik returns to defeat Sonic with the help of his natural-born adversary, Knuckles. However, Sonic gets an assist from new ally Tails (Colleen O’Shaughnessey), and together they embark on a globe-trotting race to find the emerald before it falls into Robotnik’s hands.

Jim Carrey is, once again, right in the pocket as the devilish Dr. Robotnik. He hasn’t appeared this alive in a role since Ace Ventura. And while he recently announced his wish to retire from acting, I hope he returns for more entries in this series. The world needs Jim Carrey.

The film’s voice acting is also top notch. Ben Schwartz kills as the voice of Sonic and even throws in a “Parks and Rec” Jean-Ralphio reference (“The Woooooorst!”). And Idris Elba is deadpan hilarious as the bluntly literal Knuckles.

Director Jeff Fowler packs a lot of action and even more jokes into this entertaining sequel that will delight kids, parents, and especially fans of the Sonic Sega games and animated series.

In fact, halfway through, the film deviates from the action for a solid 15 minutes to focus on the hilarious exploits of sisters Maddie and Rachel following the fallout of Rachel’s nuptials to Randall (Shemar Moore) after Sonic and Tails crash their beachfront destination wedding. It’s silly, but the comedy works.

If only all kids movies could be this fun.

Rated PG with a running time of 2 hours and 2 minutes, Sonic the Hedgehog 2 opens in theaters April 8, 2022. 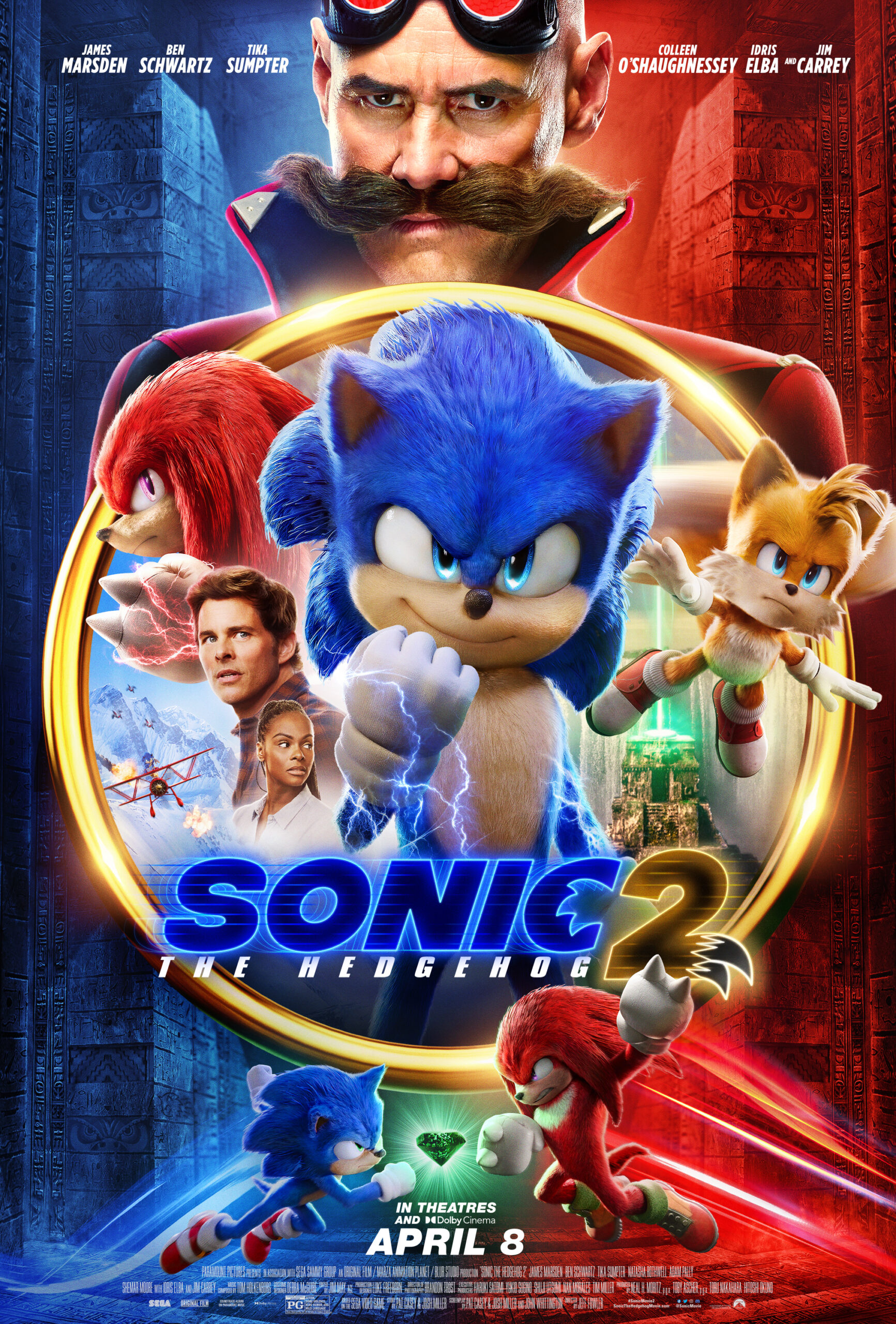