A true detective story, The Batman is the Darkest Knight yet.

After two years as Batman and 20 years after his parents’ murders, Bruce Wayne (Robert Pattinson) has become a nocturnal animal hiding in the shadows of Gotham City. Striking fear in the hearts of criminals, he is more than a vigilante. He is the shadows. And his Bat-signal is more than just a call… It’s a warning.

While following The Riddler’s cryptic clues, the World’s Greatest Detective crosses paths with titans of Gotham’s underworld: Carmine Falcone (John Turturro) and Oswald Cobblepot/aka the Penguin (Colin Farrell). Along the way, he uncovers corruption, secrets, and lies that make him question his own legacy.

Warner Bros. Pictures’ The Batman is an impressively well-cast DC superhero film. While we don’t see much of him as billionaire Bruce Wayne, Pattinson portrays a ferociously raw Batman that is soaked in pain and focused on vengeance.

Kravitz plays Catwoman with the right amount of flirty charisma and kick-ass sass. And her chemistry with Pattinson is one of the film’s brighter spots. However, I preferred the buddy-cop chemistry between Pattinson and Wright. Their Batman and Gordon, respectively, play off each other much like Brad Pitt and Morgan Freeman in Se7en, a film that The Batman borrows heavily from.

Indeed, the rainy, unsettling mood of the film evokes heavy Se7en and Saw vibes— largely due to Paul Dano’s terrifying performance as Edward Nashton/aka The Riddler. Creepy as hell, his unhinged villain sets the tone early on with his eerie voice modulating sporadically between hushed whisper and psychotic rage.

The real MVP, however, is Colin Farrell’s Penguin. Unrecognizable underneath layers of realistic and impressive prosthetic makeup, Farrell is transformative as the brash and heavy crime lord on the rise and more than deserves his upcoming HBOMax spin-off series.

Director Matt Reeves (The Planet of the Apes franchise) has crafted a taut thriller that is littered with beautifully framed shots, gripping action sequences, a Nirvana-inspired score, and an atmosphere that is so intentionally gritty, you can almost taste it.

The Batman is truly firing on all cylinders when it is in pursuit of The Riddler. Unfortunately, about a third of the way through its nearly three hour running time, the film begins to loosen its grip instead of pulling the audience in even closer for the finale.

While it is a darkly entertaining take on The Dark Knight’s origin, The Batman is almost too dark to tell what’s in the box. 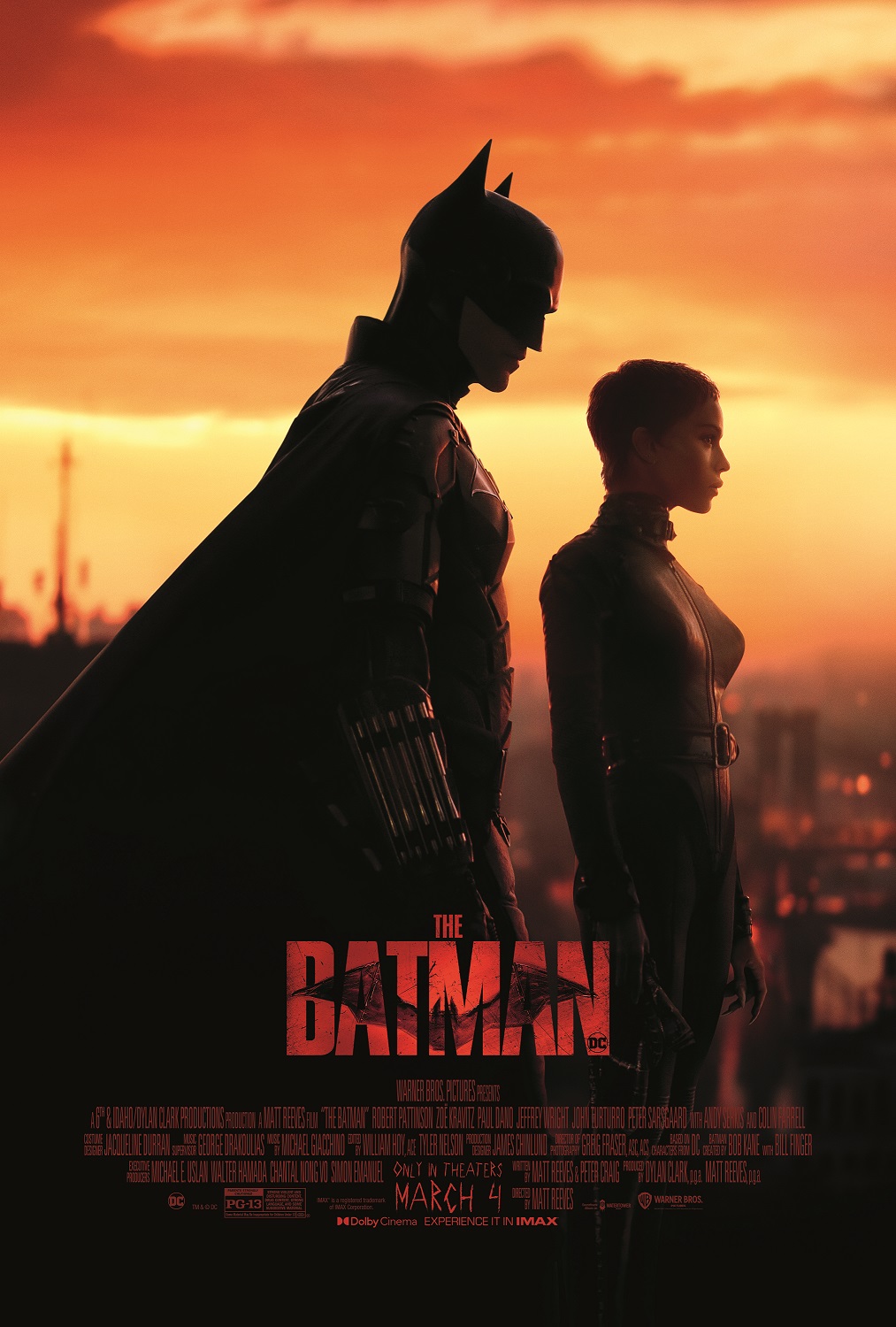