“The Giver” is an adaptation of a book written 20+ years ago, and it has been a project 18 years in the making by Jeff Bridges. Not only does he star in this excellent adaptation, but he originally tried to get it adapted as a role his father could play. Due to Hollywood semantics he was unable to get this accomplished before his passing, but with patience and persistence we were able to see this story on the big screen fleshed out.

While no one but Bridges, who played the titular character, had any memorable moments everyone still had a part to play. I think the characters were the weakest part of this film, and maybe the story itself (I don’t know I never had/wanted to read it). While they did an excellent job portraying how people would be in a semi-emotionless state there was no clear distinction as to what they could/couldn’t feel. They were supposedly taking these shots to suppress emotions (a la “Equilibrium” for my action fans out there), but were still able to feel happiness (laugh/smile/etc…), but inexplicably didn’t understand pain (I guess no one ever accidentally trips and falls). There were just some continuity issues in how they handled the emotion/no-emotion stuff that didn’t sit well with me, but it didn’t detract too much from the flick.

Add to this that most of the characters are never fleshed out, which made having Katie Holmes and Alexander Skarsgard in this a complete waste of time. Meryl Streep, the incredible actress she is, was barely given a chance to really chew up the scenery like she normally does, and our lead, played by Brenton Thwaites barely transitioned from emotionless to full of emotion (he is still growing as an actor). The rest of the supporting cast was under-developed, and offered little to the progression of the story.

The story itself is interesting, but it leaves some to be desired. I would have liked at least some explanation as to how this civilization came to be, and how there might be others outside of it. It gave off a “The Village” vibe (remember the film that pissed everyone off by M. Night Shymalan?) in how it always felt like a village hidden away from the world, but they never really explain how it came to be/was allowed to happen, but only explained the why. Add to this a rushed climax, and you have an underwhelming finish (that’s what she said).

As a whole, I hear anyways, that this was an excellent adaptation. I’ve not read the book, and don’t intend to (what is ‘read?’), but those around me that did said they even added a little extra that the book was lacking. This was an enjoyable flick that managed to touch on social issues without being too ‘on the nose’ about it, offered another awesome performance from Jeff Bridges (anytime he is in a robe you know you’re going to enjoy it), but it lacked development and characters you can really feel for. You can remain faithful to the source material, but still add a little more depth for those looking for more. This is surely the next great flick for teachers to show their students. 3.5/5 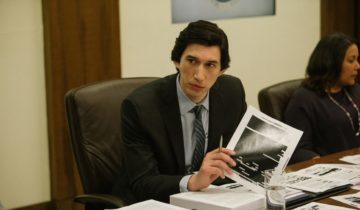