“The Expendables 3” is not a fitting end to this trilogy, and leaves me hoping they make a fourth despite citing this as “The Final Ride.” It actually did things quite the opposite of what made the last two so entertaining: Cut back on the violence, and lessened the cheesy character interaction. The first flick was high on CGI and graphic violence, but light on comedy. The second one did the opposite of that by toning down the blood splatter, but amping up the one-liners and cheesefest which made it even MORE hilarious and entertaining. Now we have an 80s action throwback that tones down the violence to lame PG-13, offers no original action sequences (no huge knives being thrown into chests!), and cuts down on character interaction in favor of watering down the roster with lame new characters.

I understand why they brought in new characters, in an attempt to show the difference between old action films, where people blew in the front door and killed everyone, and new ones where espionage and tech savvy moves lead the way, but it just doesn’t work with this cast. When you have 10+ action bad-asses together on the screen you don’t want to see no name ex-“Twilight” stars and lame fighters try to steal the spotlight, and contribute nothing to the banter between old fogies. None of the new cast provided anything entertaining outside of how the older crew reacted to them. Had they not been introduced at all, in favor of the older crew LEARNING how to use newer tech, it would have been far more entertaining.

Character interaction and bad-ass action scenes are what MAKE this franchise GOOD! When you take those away you have awful writing, and a shit story, so you HAVE to make sure you focus on those areas. Mel Gibson really plays an excellent bad guy, and his interaction with people was great, but he was too limited in screen time thanks to the new people having to get their moment. He definitely plays the best/most believable villain in the whole series by far. Kelsey Grammer and Antonio Banderas were also excellent additions that made this flick worth watching, but again, lacked screen presence due to having to share with the useless newbies. Harrison Ford might as well have not been in this as they didn’t give him any classic lines to say, and they didn’t let him actually fight anyone; Even Bruce Willis got to slay people in “The Expendables 2,” and say some witty one-liners. Ford’s only role was to be a cantankerous old man that provided forced exposition. I almost forgot they even had Wesley Snipes in this as he provided the same character that Jason Statham already is…the knife guy.

At the end of the day this is still a fun movie, but it pales in comparison to its predecessors. The PG-13 rating limits the carnage we get to see for the action junkies, and the extra useless characters limits the character interaction we needed for this to be funny. While it still has a little bit of both it isn’t enough to make this entry stand out from the rest. They also decided to try to add in a little bit of drama, which ends up being quiet parts that slow this train down. There were too many times when the audience was waiting for something to happen, and being bored in the process. I seriously hope they make a new one, but kill off all the newbies in the beginning, and bring back Grammer, Banderas and Snipes for bigger and better roles. More one liners, more blood, more action, and less pleasing younger audiences will help keep this franchise going strong, but you will not find that in this one. 2.5/5 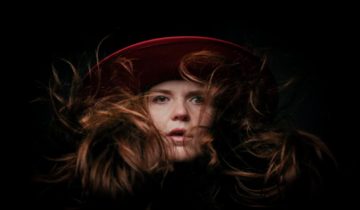