A sequel to DreamWorks Animation’s Oscar®-nominated comedy, The Boss Baby, which earned more than $500 million worldwide, The Boss Baby: Family Business once again follows the adventures of the Templeton brothers—Tim and Ted—who are now grown adults who have drifted apart. 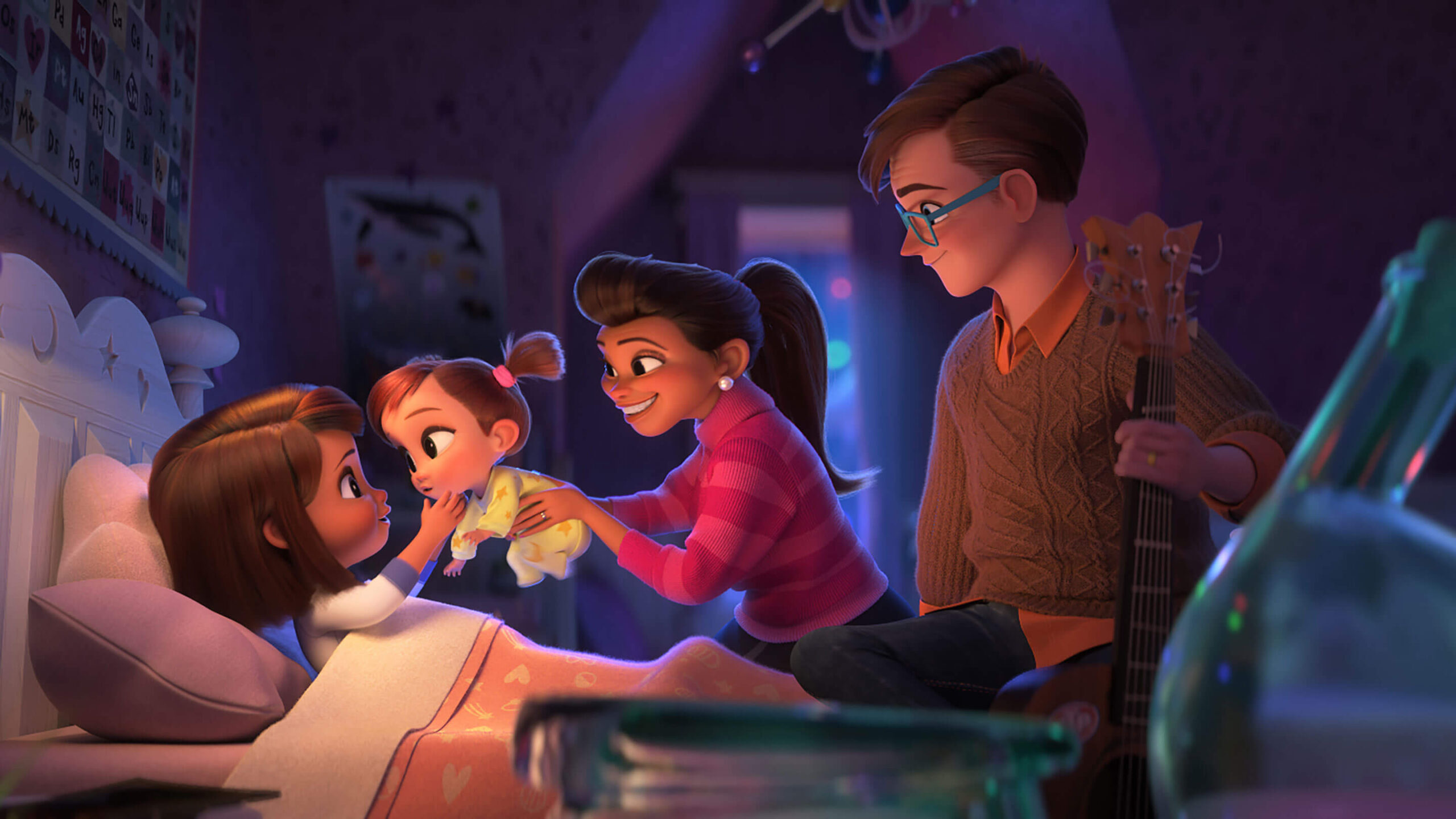 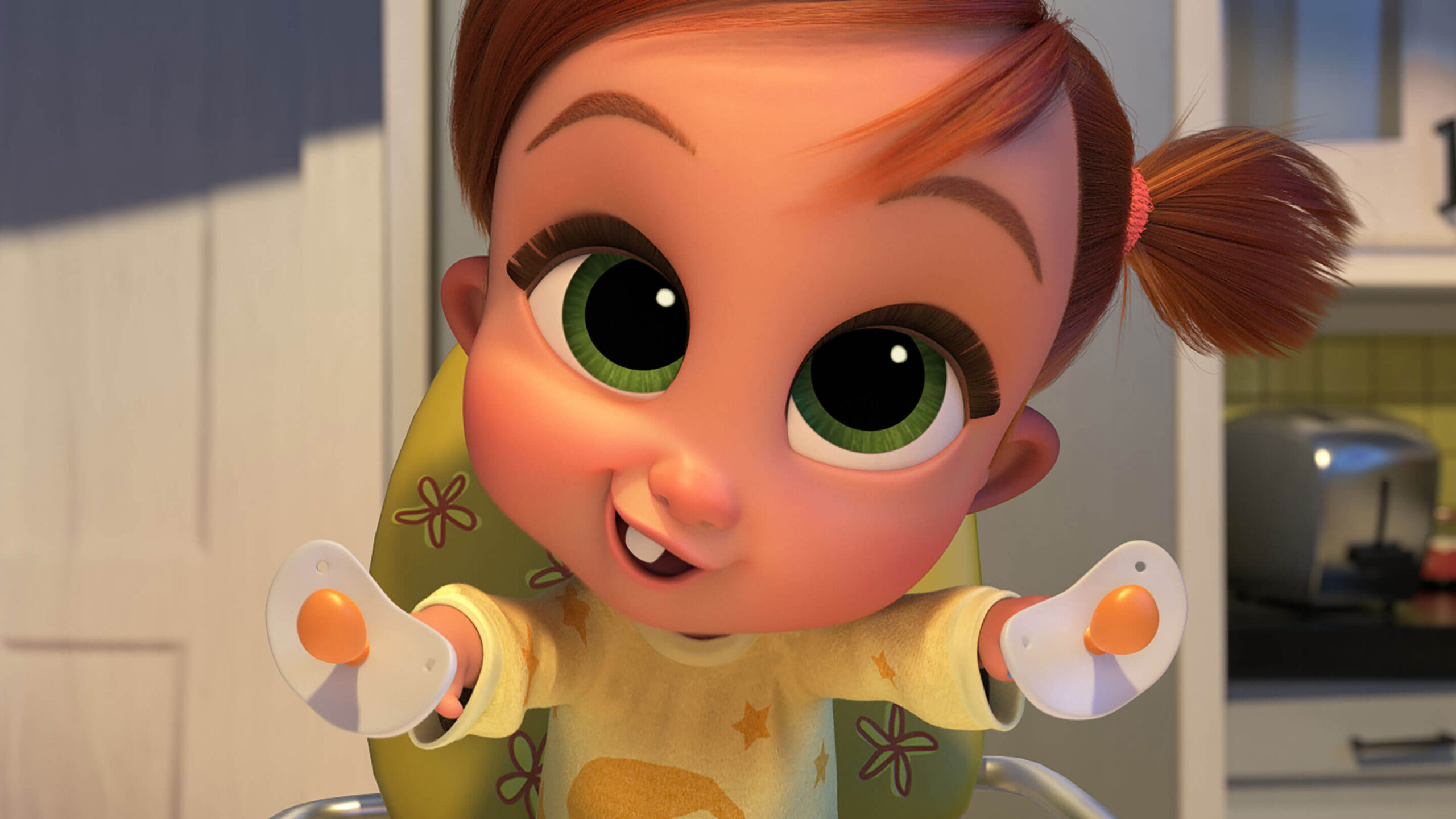 Tim struggles to connect with Tabitha who desperately wants to grow up. She is at an age where she no longer wants to entertain “kid things,” is too cool for bedtime songs, and prefers handshakes instead of hugs. The pressure to perform at school is also causing her anxiety and she also idolizes her uncle, much to her father’s dismay. 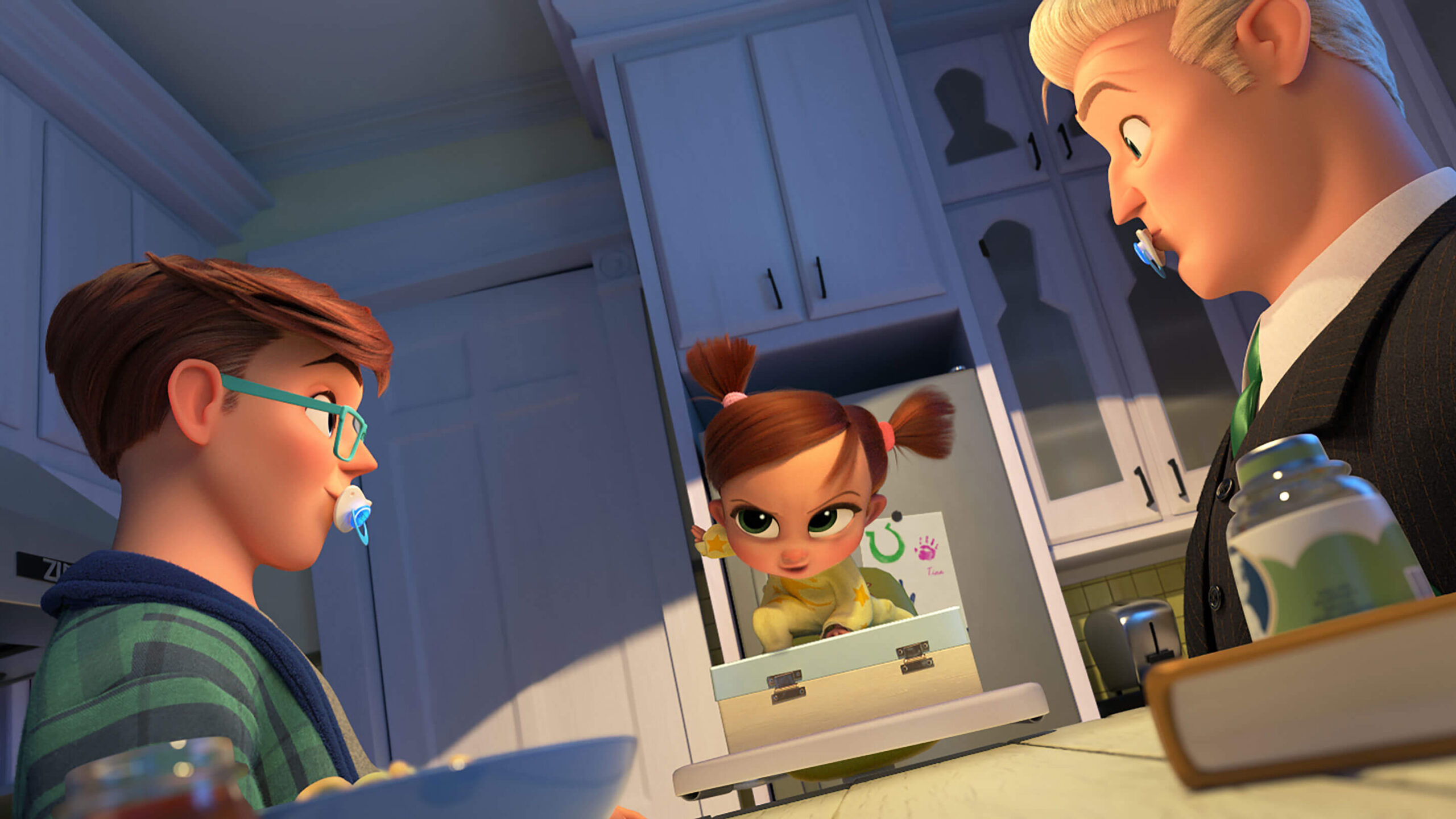 When Baby Tina (Amy Sedaris) reveals herself as an agent of Baby Corp, Tim must recruit his younger brother and former Boss Baby, Ted (Alec Baldwin), now a successful adult CEO, to turn back into a baby in order to infiltrate Tabitha’s grade school, the ACORN Center for Advanced Childhood—a competitive institution run by the nefarious Dr. Irwin Armstrong (Jeff Goldblum). 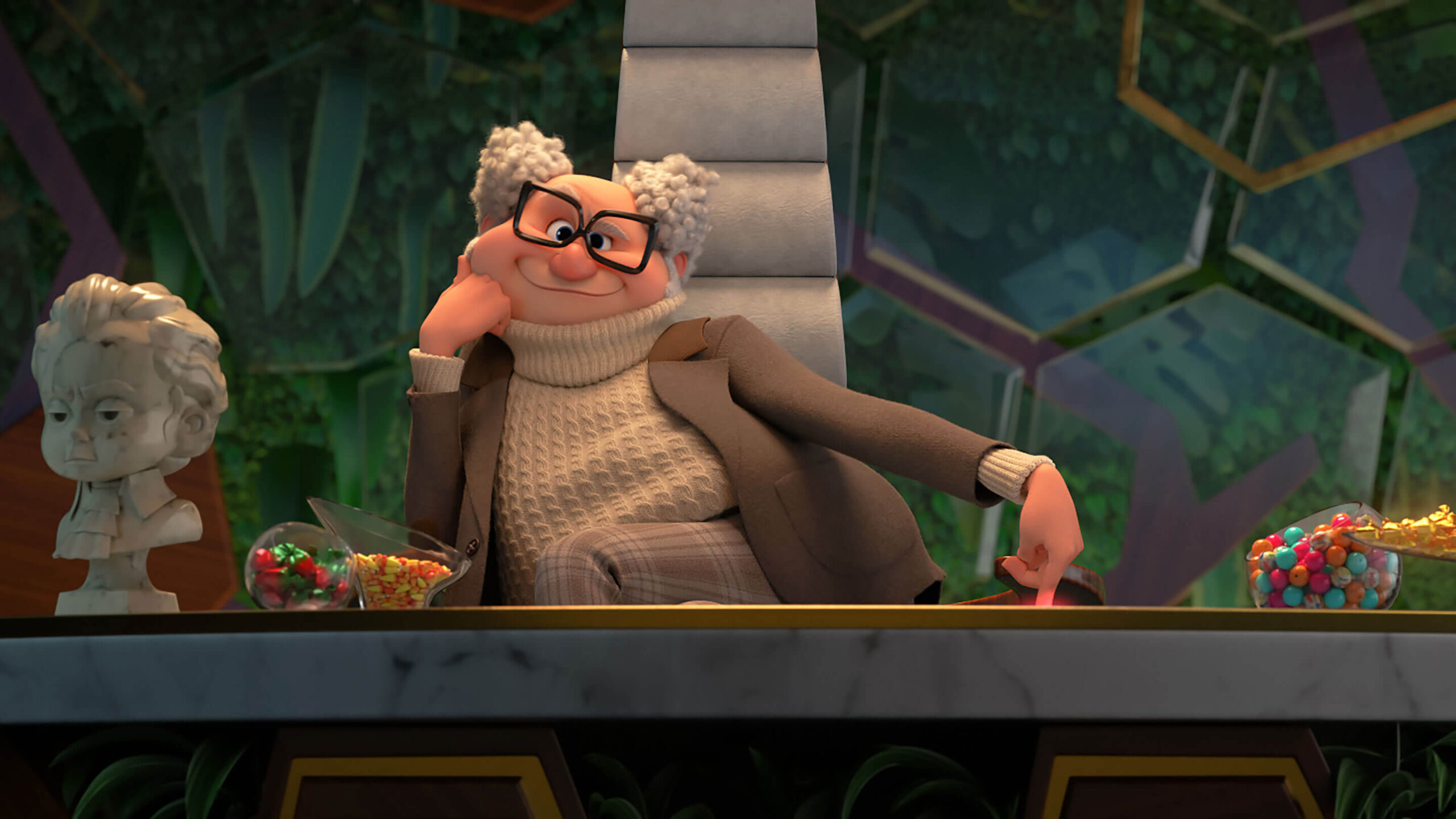 Armed with an army of baby ninjas, Armstrong plans on indoctrinating kids to disobey their parents in an effort to start a baby revolution. Not wanting to miss out on the mission, Tim  “Time Warps” along with Ted as both drink a special elixir that shrinks them back to their respective sizes and ages from the first film for 48 hours. 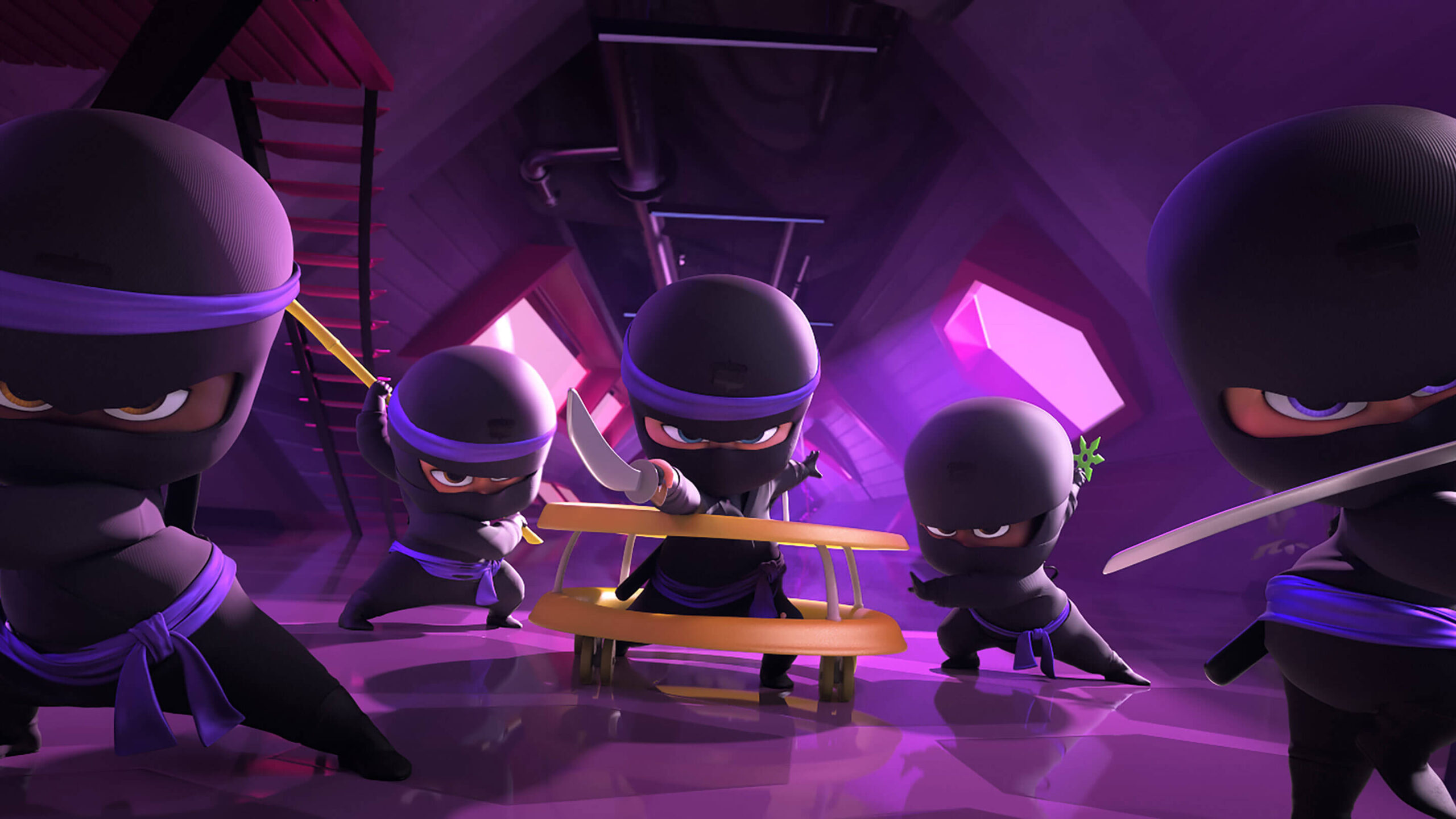 Being kids again allows the brothers to reconnect and offers Tim the opportunity to get to know Tabitha on her level  as her peer and fellow classmate at ACORN. Their father/daughter relationship is the emotional core of the film, much like how the tale of brotherly love anchored The Boss Baby. Tom McGrath returns to direct the sequel along with the returning voice talents of Lisa Kudrow and Jimmy Kimmel as Ted and Tim’s parents. 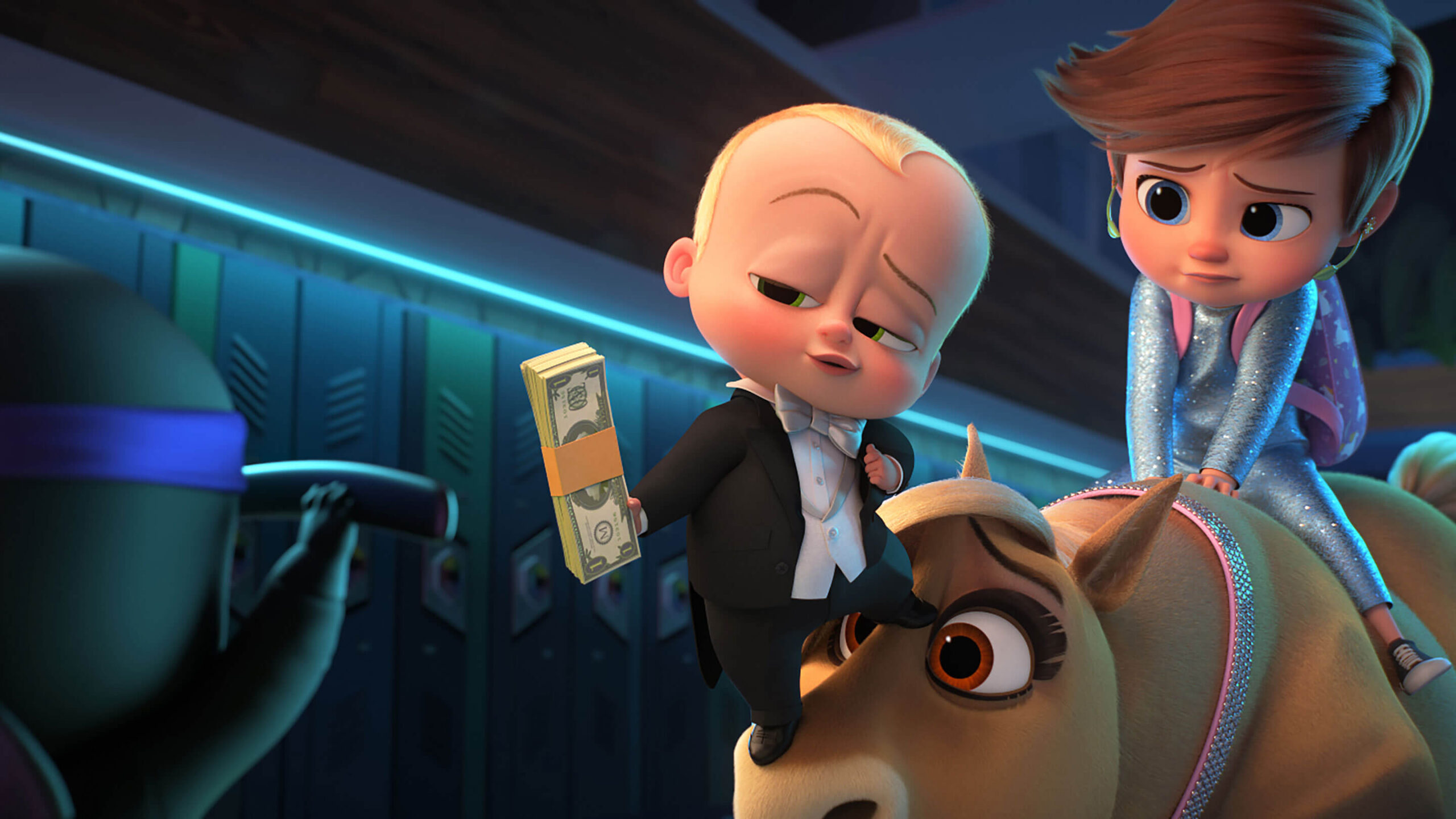 The film reminds us to appreciate the time we have because time only moves forward and we’re only young once. Yet while it is charming and filled with many gags and comedic hijinks, the sequel lacks the sentimental punch of its predecessor. However, as a free stream on the new Peacock platform, The Boss Baby: Family Business is definitely worth a watch for young children and families.

Rated PG with a runtime of 1 hour and 47 minutes, The Boss Baby: Family Business is in theaters and streaming on Peacock July 2, 2021. 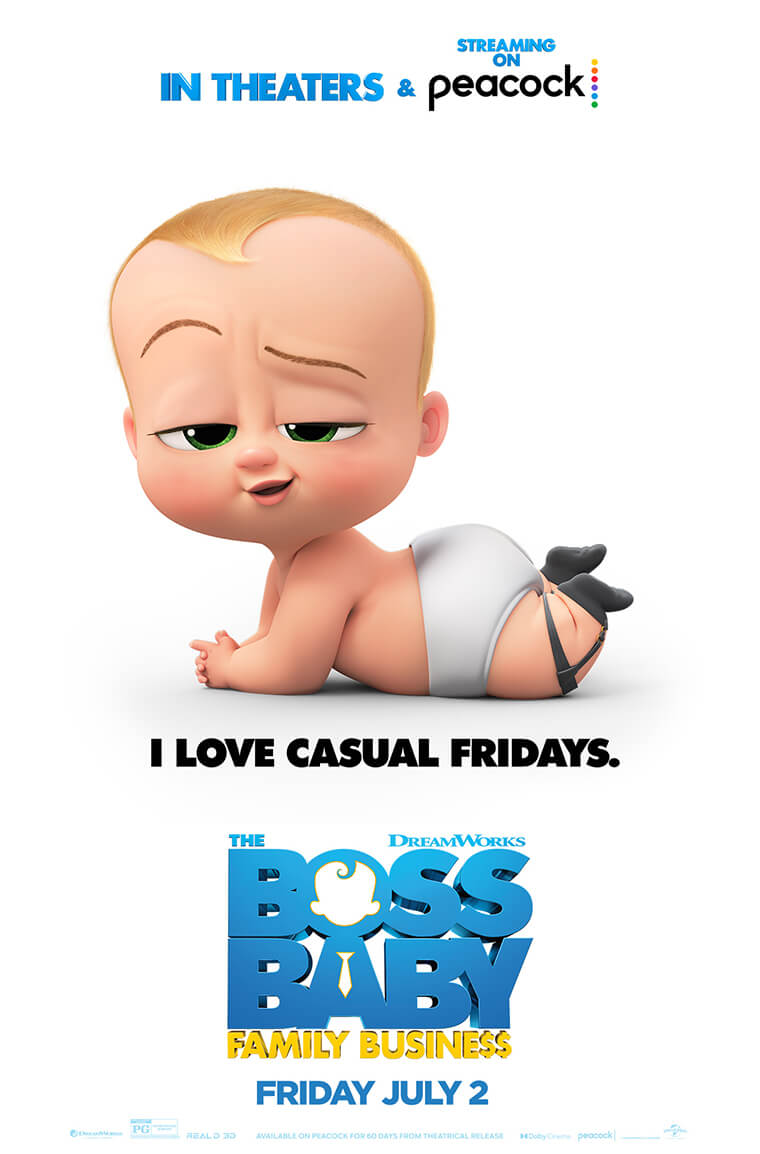