Very few franchises have the astounding longevity that the Fast & Furious franchise has been able to muster for that of 20 years. What started as a modest, efficient thriller boasted by fun characters/performances in the original 2001 film The Fast and the Furious has now transitioned from the streets of LA to globe trotting adventures with espionage, insane action sequences that never fail to defy the laws of physics, and a huge array of characters that some may even call.. a family! F9 begins a few years after the last film The Fate of the Furious, finding Dom and Letty (Vin Diesel and Michelle Rodriguez) settled at an off-the-grid farm where they try to raise Dom’s son Brian in a quiet environment. However, it doesn’t take long for his old squad to come knocking on his door with a lead on a mysterious mission that has ties to Dom’s past. From here, the stunts and set pieces are as crazy as you’d expect with underlying drama, humor, and so much testosterone you won’t know what to do with yourself. In other words; Fast is back, baby!

For so long the internet has loved to declare films as “guilty pleasures,” and I get it. I understand the urge to want to downplay our liking of something that isn’t widely considered to be high-art. For so long, I considered The Fast Saga to be my biggest guilty pleasure – but somewhere along the way I realized that I don’t feel guilty at all for enjoying these movies, and F9 did a great job at reminding me why I feel so strongly for such ridiculous spectacles. From the moment this thing kicks off with an absolutely insane set-piece in a jungle in Central America, I felt director Justin Lin’s presence and efficiency behind the camera again. I’ve greatly enjoyed the installments after Lin left, and I even consider Furious 7 to be a serious contender as the franchise best – but the back to back combo of Fast Five and Fast & Furious 6 cemented Lin as the quintessential director for this franchise in my book. 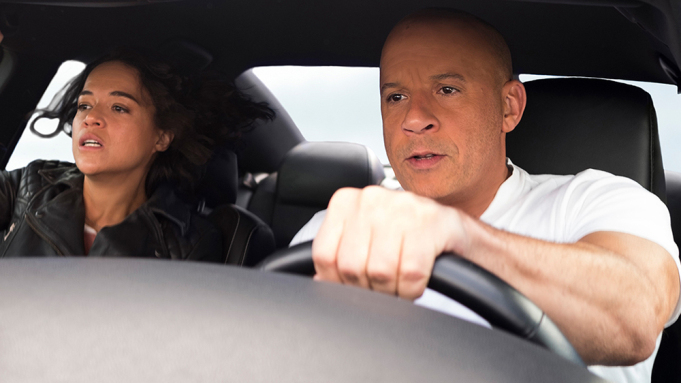 Out of all the Fast films, I think this one does the absolute most. Not even the most cars, or the most action, but it has the most characters, intersecting plot lines and new locations. If you’ve seen any form of marketing for this movie neither of these things will be a surprise to you, but not only is John Cena front and center as Dom’s never-once-mentioned brother Jakob Toretto, but Sung Kang’s fan favorite character Han is mysteriously back after supposedly dying in 2006’s Tokyo Drift? That’s.. a lot to cover and explain to movie goers who have been following this franchise and its admittedly complicated timeline over the years. However, as someone who considers themselves to be a pretty massive ‘Fast head’ so-to-speak, it gave me just enough of both of these elements without overstuffing me. In fact, one of my favorite elements of this film is the use of flashbacks to Dom’s past, where we see moments he has described in previous films visually play out in a different lens. This helps not only explain why we have never heard of Jakob until now, but better understand Dom as a character and his touchy relationship with his father. For a franchise all about continuity and family, the flashback sequences support this exponentially.

With all of that being said, it’s obvious that this is an extremely busy movie that gives even an Avengers film a run for its money with how much its filling into its 145 min run-time, but it never pops its proverbial bubble in my book. As always, the film flirts with becoming too much – but it always struck a surprising chord with me in both its amazing spectacle but also sincere character work and attention to detail for its own lore and world-building. Diesel and co. very clearly care about what the die-hard fans of this franchise want and respond to, and they know how to deliver in ways that don’t feel too overtly serviceable; it just hits the right notes often enough and wears its heart proudly on its sleeve. Yes its silly and over the top and all the other words that the internet likes to throw around, but I have to ask – why is that a bad thing? As the franchise gears up for its two final installments in the next few years, F9 is more than enough to hold over fans and is well-worth the wait in my book. See it on the largest screen with the loudest speakers you can! 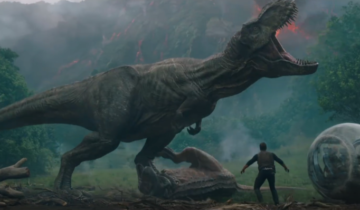