“Rock the Kasbah” was built around Bill Murray, and there’s no one else that could have owned this role. From start to finish he was engaging, charismatic, and the Murray we’ve all grown to know and love. While the story itself is genuinely goodhearted, albeit unoriginal, issues with pacing and writing keep it from being an Oscar contender. An amazing lead, a strong supporting cast, and an interesting setting aren’t enough to keep it from stumbling on itself.

I’ll just jump right into the only major thing I felt was wrong here, and that’s the writing. It feels very much like there are two stories awkwardly put together here, as opposed to one fluid story from start to finish. The first half is about a has-been music producer that’s taking one last shot at the spotlight by forcing his will on an impressionable youth, and going on a USO tour in Afghanistan. He meets up with some under-developed shady people that help him out, some pretty funny shenanigans go down, but in the end he gets justly screwed over. Insert awkward transition. Now, we’re still in Afghanistan but now Murray’s character is trying to take an Afhgani girl, and get her on that country’s version of “American Idol,” even though it goes against their culture/religion for her to do so. We still get a somewhat feel-good story of him realizing not everything is about him, but how they transition into this new story, and the fact that there are basically two different distinct films smushed together, really weaken and slow down the pace.

All that being said this was still a great time, and that’s thanks largely to the cast! I’ve already gushed over Bill Murray, but everyone else around him was great as well! Scott Caan and Danny McBride, though under-developed, played some pretty fun characters. This is the first time I haven’t found McBride over-the-top and irritating, so bravo to them for that. Zooey Deschanel was as doe-eyed and half-present as she is in every role she has played, but it happens to work for this character (hey, even Keanu Reeves gets cast in the right roles sometimes!). I loved Kate Hudson’s character, as she had a great dynamic with Murray, but Hudson needs to work on her Southern accent, and maintaining for the duration of the production (it went in and out at random). My hat’s off to director Barry Levinson for being able to control Bruce Willis. This is the first time in a long time that it looked like he actually wanted to be there, and I can only imagine that positive attitude carried over from the set (Willis is notoriously difficult to work with).

Despite the writing/plot/pacing issues “Rock the Kasbah” works as a pretty decent feel-good comedy/drama, but doesn’t necessarily excel at either point. There are no laugh out loud moments, but a plethora of chuckles and plenty to enjoy. The story has heart, and a solid message to go with it, but it’s something we’ve seen many times before. However, the great cast, unusual setting, excellent soundtrack and happy ending make this worth watching. 3.5/5

Be sure to hit the SHARE button at the top/bottom of this page! 🙂 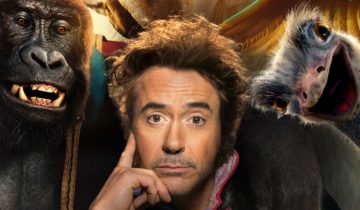