There are few (zero) films that successfully deliver an economics lesson disguised as a story about exotic dancers trying to survive the 2008 financial crisis­. Dealing with the overarching principle of risk and reward, Hustlers reminds viewers of the importance of portfolio diversification—suggesting that the best way to achieve it is with someone else’s assets.

Inspired by the infamous 2015 New York magazine piece on forgivable female swindlers, writer and director Lorene Scafaria masterfully retells a true-crime story on smoke, mirrors, and the service industry as a whole.

But in the aftermath of the 2008 economic disaster, Destiny, Ramona, and most of the United States are forced to start over and write an entirely new set of rules. The desperate duo joins with fresh-faced coworkers Mercedes (Keke Palmer) and Annabelle (Lili Reinhart) and perfects a criminal plan to exact revenge on the crooks of Wall Street while cashing out like never before.

Hustlers drags viewers through a dark, comedic whirlwind of desperation, denial, and disruption that slowly culminates into a tragically familiar nightmare. It also takes time to remind its audience of a few traditional and unconventional moral lessons like do unto others, hug your grandmother, and appreciate your sex worker. Because everything that happens under the table, behind the bar, and at the back of the club stays there—and it should always, always, always stay off the record.

REVIEW — “The Boy Next Door” 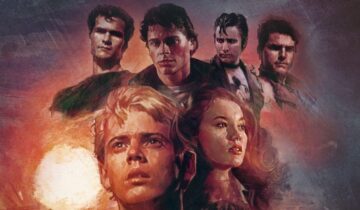