Maleficent is the “what really happened” version of Disney’s animated Sleeping Beauty . The film follows Maleficent (Angelina Jolie), a powerful fairy who resides in a magical forest neighboring a human kingdom. When these two kingdoms begin to clash, Maleficent places a cruel curse on the Kings daughter, Aurora (Elle Fanning). However, as time passes Maleficent begins to doubt her original actions and discovers that there might be a better way to resolve the conflict not only between these neighboring kingdoms and, but also within herself.

What’s really fun about this film is that it isn’t simply a new take on the sleeping beauty story. Maleficent is the live action, fleshed out version of the original animated Sleeping Beauty. Almost all of the characters in the 1959 film are present in today’s Maleficent. Fans of the original movie will notice many costumes, and sets brought to life. Even some of the scenes and dialogue are replicated word for word.

The very beginning of the story was very heavy handed and too silly at times. And the way they wrapped everything up in the last 5 min felt rushed and cheesy. However, everything else in between was wonderful. I was very impressed with how they fleshed out Maleficent into a fascinating and heartbreaking multi-dimensional character.  Her character arc tackled some pretty intense subject matter for a PG Disney film but it was well executed and felt fresh.

GCI is prevalent throughout the film.  Most of it is very beautiful and magical in that unique Disney way but some of it is distracting. My main problem is with the three fairies that take care of young Aurora. The trio is computer generated at least half the time they are on screen. Don’t get me wrong, the CGI was great, but it was weird to see these CGI faces when you could have actual human faces. But maybe I’m just old fashioned in that way.

But really, I just need you all to understand that the most important thing in this whole movie is Angelina Jolie and her glorious prosthetic cheekbones. She is an absolute vision. Jolie portrays the perfect combination of wickedness, elegance, and humanity and completely steals every scene that she is in. Watching her play maleficent is simply magical. She was born to play this roll.

In the end, even though I hate seeing life-like CGI humans, I thoroughly enjoyed Maleficent. The story is beautiful and Angelina Jolie is dynamite.  It is definitely worth seeing. 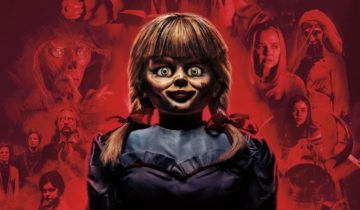