“A Million Ways to Die in the West” is essentially a live action cartoon painted with the visuals from classic westerns of the 60’s. While the humor occasionally stumbles it is propped up by the nostalgia for the films which inspired it.

Few can argue that Seth MacFarlane is a creative powerhouse.  For “AMWTDITW” he fills the roles of Producer, Writer, Director, and Actor. While his humor is usually quite clever,  there’s no one to guide him when elements of the film go astray.  Fortunately he is surrounded by a virtually perfect cast that all appear to be having a blast.  Besides MacFarlane, Neil Patrick Harris and Sarah Silverman garner the biggest laughs as a “Mustacheire” and a Christian Prostitute who is very dedicated to her job. Rounding out the cast are Giovanni Ribisi as Silverman’s incredibly understanding boyfriend, Liam Neeson, as the stereotypic villain in black, and Charlize Theron, the mysterious new woman in town. The film also features a number of cameos, some truly inspired, others last only a fleeting moment. Blink and you’ll miss them!

The fun starts with the opening credits.  A rousing score plays, a large colorful “Western” font is used, and gratuitous shots of Monument Valley are shown… Just like virtually every classic western has done.  The Monument Valley shots become a bit of a running joke, at one point even superimposed in the background of a chase scene. (The movie was actually filmed in New Mexico.) Tarantino would be proud of how much MacFarlane borrows from other films during the next two hours.  It becomes apparent that it was his goal to create the most epic collection of Western cliches ever assembled into one movie. A goal at which he succeeds gloriously. The rest of the humor in the film isn’t as successful.  MacFarlane has a number of monologues, some of which are quite clever, but any given scene can quickly devolve into bodily function gags.  Certain bodily functions may never lose their cinematic “charm” but it can be a bit jarring to quickly jump from a satirical jab to a fart joke.  Another problem is with MacFarland’s character.  He’s a very smart guy, but has such low self esteem that at times his complaining gets rather annoying.  Thankfully we usually have Charlize to look at during these scenes.

While not quite as funny as “Ted,” overall it is slightly more enjoyable.  Even though it’s occasionally offensive, the wide range of humor provides something for everyone.  That coupled with the fun Western cliches edges this into one of the better comedies of the past year. 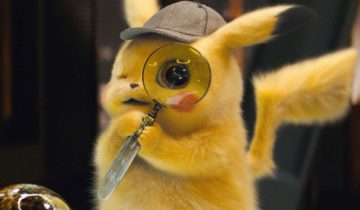