Colorful and beautifully animated but largely uncreative, The Grinch is a serviceable and ultimately feel-good get-together for audiences of all ages hoping to usher in the holiday spirit — even if it doesn’t entirely steal its way into your heart.

The Grinch comes bearing gifts of animation bursting with Seussian spirit and a healthy sense of humor capable of entertaining both adults and its Who-sized target audience alike.

The Grinch’s rebooted retelling adds so little to past versions it wades into been-there-done-that territory.

You’re a lean one, Mr. Grinch.

An amalgamation of Seuss’ 1957 story How the Grinch Stole Christmas, its 1966 animated television special, and the 2000 Ron Howard-directed live-action adaptation that starred a green-skinned Jim Carrey, The Grinch is a lightweight and cute-enough retelling that appropriately contemporizes an already timeless story — even if it shimmies down the chimney with little to say in its own voice. 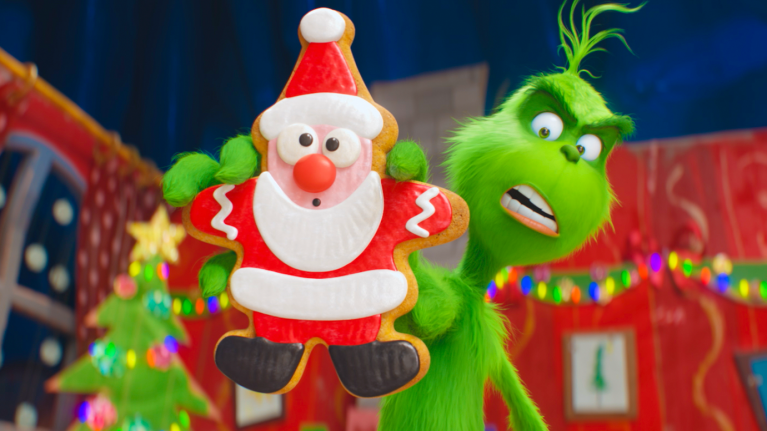 Living in self-imposed exile in the frosty mountains of Mt. Crumpet, high above the obnoxiously cheer-filled village of Whoville, a griping and grumbling Grinch (Benedict Cumberbatch) is particularly perturbed when the Whos declare their annual annoying holiday celebrations will be three times bigger this year.

Grinch ropes his only friend, loyal dog Max, into pulling off a sneaky scheme to quash the Whos’ overly-jubilant holiday cheer: they’re going to steal every wreath, tree, and gift-wrapped box, and they’ll do it with a sneer, leaving behind not a trace of Christmas — not this year.

Meanwhile, tenacious and tiny Who daughter Cindy Lou Who (Cameron Seely) plots to meet the elusive Santa Claus, hoping to personally deliver to him a Christmas wish intended to ease the strain on her overworked single mother (Rashida Jones). Will the Grinch’s holiday heist rob Cindy and the sprightly Whos of the true magic of Christmas?

In spreading the 69-page story to screen across a 90-minute running time, The Grinch is padded to the point of empty calories: already sparse plot points are stretched out, leaving the full-length animated feature feeling aimless and fluffed with filler until it meanders into its well-known beats. By the time The Grinch catches up with viewers already familiar with the story, it’s done little to distinguish itself; instead, the final result is akin to unwrapping a prettied-up replica.

While not quite slapdash, and far too sweet-natured to thrash and trash, The Grinch is a rehashed can of not-quite-fresh Who-Hash. Sure to please and appease, especially in holiday times such as these, The Grinch will pocket oodles and boodles and buckets of cash — even if memories of it slink away in a flash. 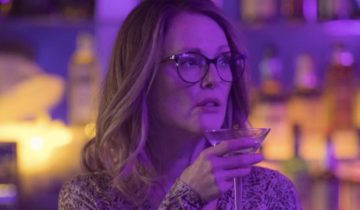