“Cold in July” seems to be your average revenge/father protecting his family story. However, after the first act gets going, everything is turned on its head and it becomes so much more than expected.

Jim Mickle, known for the equally dark films “Stakeland” and “We Are What We Are”, directs this twisted tale that takes place in Texas during the late 80s. Heading up a strong cast is Michael C. Hall who plays Richard Dane, a father who kills a home invader one night. Unfortunately the intruder’s father, Sam Shepard, has recently been patrolled and is looking for retribution. Don Johnson also appears later in the film as a character named “Jim Bob” and soon the three men’s lives are irreversibly intertwined.

For once a misleading trailer is a good thing.  Most of the events from the trailer take place in the first 20 minutes.  To reveal what transpires after that would be a disservice to the viewer.  Unfortunately that lends to a rather vague review.  It’s safe to say that the movie offers far more than what may be apparent in the trailer.  Moments of droll humor are mixed in amongst some plot twists that challenge the moral center of these three men.  The story is nearly “Hichcockian” in the way it takes an ordinary man and thrusts him into extraordinary situations.

There’s plenty more that can be said, but not without the risk of potentially damaging the suspense the director obviously worked hard to maintain.  If you’re still unsure, consider if you’re interested in watching “Houston Vice” with Dexter sporting a mullet and a John Carpenter-esque soundtrack? Of course you are. 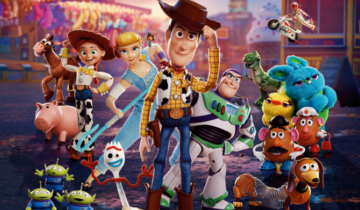