Lightyear is a Buzz-worthy space-venture that is grounded by a commanding performance by Chris Evans and propelled by spectacular animation and a heartfelt story about overcoming adversity, trusting others, and not letting your mistakes define you.

Lightyear is framed as the sci-fi movie that first introduced Toy Story’s Andy to the character of Buzz Lightyear back in 1995. It was his Star Wars: a movie so impactful that Andy moved on from cowboys, became obsessed with Space Rangers, and received his very own Buzz Lightyear toy for his birthday later that same year.

It’s important to remember that Lightyear is an origin story, not a toy story. And this is not your father’s Buzz. While he logs his every move and wears the same suit, this Buzz is a wholly different character from Tim Allen’s talking Buzz Lightyear action figure.

The film follows a turnip-shaped starship as it jets through the cosmos on a Star Trek-style mission to explore new worlds, that is, until intergalactic Space Ranger Buzz Lightyear of Star Command (Evans) diverts off course to investigate signs of life on a nearby planet.

Marooned on the hostile planet due to his own piloting error, Buzz sets out to correct his mistake by finding a way to achieve light speed, rescue his colony, and return to their space mission. However, after years of delays and many failed attempts, Buzz’s trusted commander and friend Alisha Hawthorne (Uzo Aduba) and the rest of the colony settles, starts families, and moves on.

But not Buzz. He is determined to right his wrong. Yet, when he finally succeeds thanks to the help of his scene-stealing robotic kitty Sox (Peter Sohn), he returns to find his makeshift home planet under attack. Stranded outside the gates of his colony, he is forced to work with a band of junior ranger misfits to deliver the crystal key to hyper speed to his people while fighting back an army of invading robots led by the mysterious Zurg.

Although the Junior Zap Patrol rookies Izzy Hawthorne, Mo Morrison, and Darby Steel (voiced by Keke Palmer, Taika Watiti, and Dale Soules, respectively) provide comic relief, they also frustratingly thwart Buzz’s every attempt at heroics. While they do help to humanize and force go-it-alone Buzz to rely on others, they are each huge liabilities whose constant gum-up-the-works clumsiness can be annoying to endure.

The Angus MacLane-directed film quickly works towards a twisty climax that might give audiences pause, but the pace of the film allows no time to rationalize or understand its plot choices. You just have to accept its logic and move on.

While Lightyear is an entertaining and endearing film that at times beautifully explores the isolating and heartbreaking affect that interstellar travel has on relationships with respect to relativity, it never really goes beyond infinity as the oft-quoted line promises. Ultimately, it leaves audiences feeling as stranded as its characters, hoping for a sequel that really takes them to the stars.

Rated PG with a running time of 1 hour and 45 minutes, Disney and Pixar’s Lightyear opens only in theaters on June 17, 2022. 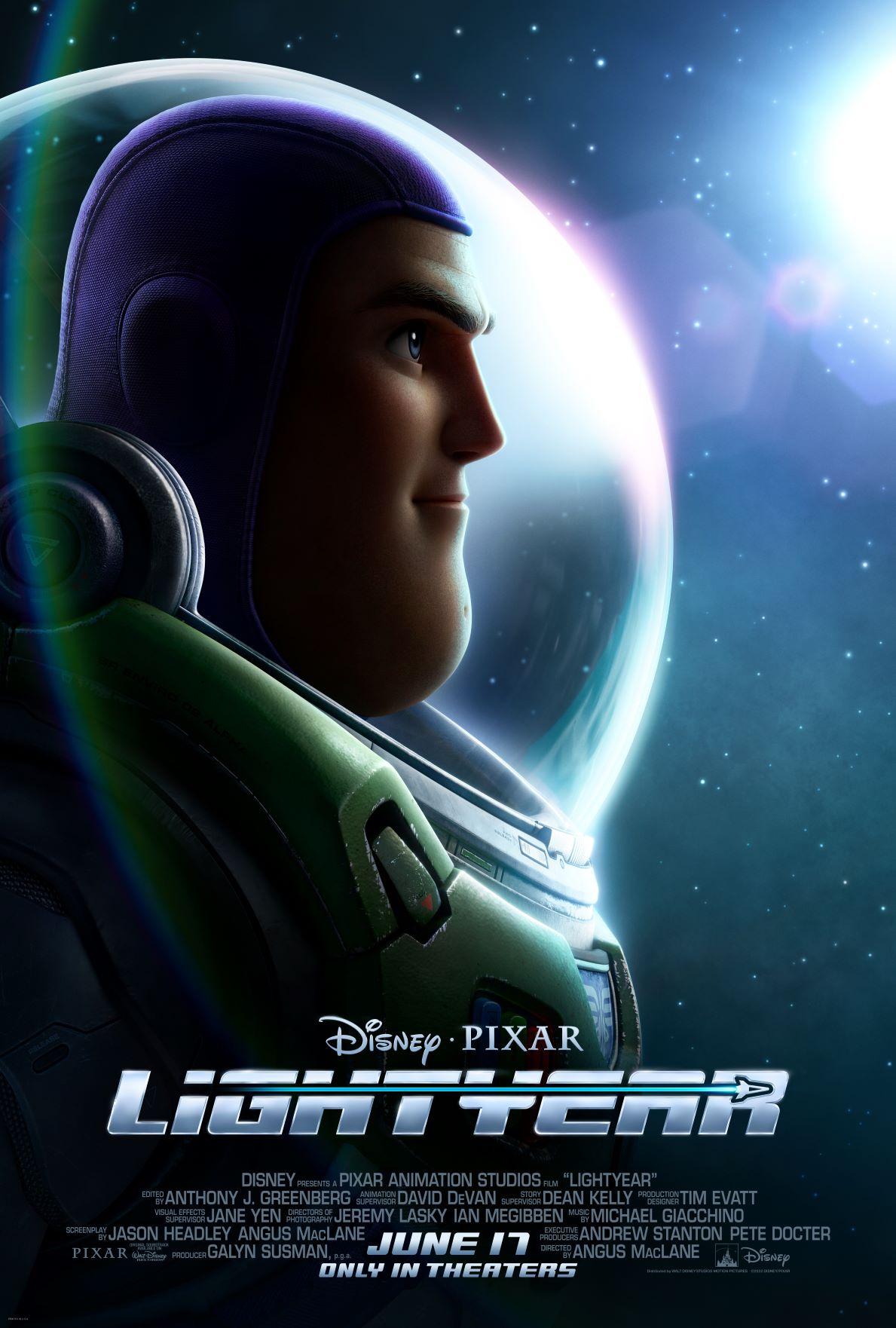