What are we, some kinda Bright?

Bright is directed by David Ayer, written by Max Landis, and stars Will Smith, Joel Edgerton, Noomi Rapace, Lucy Fry, Édgar Ramírez and Ike Barinholtz. It tells the story of an alternate present-day where humans, orcs, elves, and fairies have been coexisting since the beginning of time. Two police officers, one a human, the other an orc, embark on a routine night patrol that will alter the future of their world as they know it. Battling both their own personal differences as well as an onslaught of enemies, they must work together to protect a young female elf and a thought-to-be-forgotten relic, which, in the wrong hands, could destroy everything. I’m just gonna skip the intro, Bright is not good at all. There are a few entertaining scenes and interesting ideas, but this is so sloppily written and directed, that any interest I had in seeing were this story would go is ruined. This is really bad.

I don’t know how to feel about David Ayer. I love End Of Watch, it’s one of the best movies of the decade. I really enjoyed Fury, it was fine. But I can’t keep giving him a pass. With this and Suicide Squad, I really don’t know if he’s a good director or not. He struggles so much here and I’m not sure if that’s due to the messy script or the ambitious nature of the story, but it just doesn’t work. I did like some of the things he did here, but I really couldn’t stand most of this. The first act is terrible and genuinely hard to sit through. It gets better as it goes along but it’s just not ever good. I know this is a really basic review, but there’s no point in trying to be formal or even professional because they clearly didn’t try here. I’m sure they had fun on set, but I didn’t have fun watching.

Max Landis is not a good screenwriter. He can’t keep blaming the director or Hollywood or anyone but himself. Chronicle was good but every single project following has been bad. He’s either inept at his job or is the most unlucky working screenwriter. Max Landis in hot water right now for some pretty awful things, and while he may be an easy target, even if that wasn’t happening, this script would still be terrible. Bright falls flat on its face. Horrible world building and dialogue come together to form a big shiny mess. This feels like a first draft, I’m just disappointed because there are some good things here, it’s just an awful script. Maybe Max should stick to pitching movies instead of writing them.

Will Smith is having a tough decade. He’s so talented at what he does, he just wastes his efforts on horrible projects. Bright, Suicide Squad, Collateral Beauty, After Earth, Winter’s Tale, all horrible. Concussion and Focus were all right but regardless, he needs a new manager. He manages to not even be charming here and looks bored on screen. I pray to got he gets some better films in the future. Will, I know you want an Oscar, but this isn’t the way to do it. I have no idea what Joel Edgerton is doing here, but it’s not good. I genuinely do not remember anything else about the cast. I know there’s a witch girl and one of the cops really overacts. I just watched the movie, and I don’t remember most of the cast. I don’t want to tear this apart, but I just might have too.

On a technical level, Bright is fine. The make-up is impressive and the rest is pretty forgettable. That’s a perfect word to describe Bright, forgettable. We weren’t planning on reviewing this, but I saw it and was shocked by what I saw. I was compelled to talk about it.  Now, that may seem like a petty blow from me, but that’s the best compliment I can give a movie. Bright has captivated my mind, I cannot spot thinking about it. And the more I think about it, the more I like it. I will 100% watch whatever sequel or spin-off they make for this. I kinda liked it too. This is by far one of the worst movies of the year, but I had a blast watching it. This isn’t like The Room or Birdemic, it comes nowhere near the level of enjoyment of that, but I didn’t regret watching it. I hope they don’t make a sequel, but I will watch it.

In short, I have a weird love/hate relationship with Bright. It’s not so bad it’s good, but it’s not good. All my exaggeration aside, it’s a weird mess that I kinda enjoyed. I can’t give it a good score, but part of me wants to. 1/5 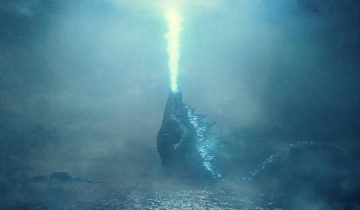