Featuring an intercontinental and intercellular take on double trouble, Gemini Man offers a mildly fresh perspective of “man vs self” conflict. Directed by Ang Lee (Brokeback Mountain, Life of Pi), Gemini Man follows the story of government agent Henry Brogan (Will Smith) who attempts to retire, only to be met with a fatally familiar severance package.

When Brogan gets tipped off about the real intent behind his last mission, his superior, Clay Verris (Clive Owen), sends an unlikely and unstoppable assassin. The mysterious pursuer, Junior (also Will Smith), is none other than a young clone of agent Brogan. So, real Brogan teams up with agent Danny Zakarweski (Mary Elizabeth Winstead) and long-time comrade Baron (Benedict Wong) to unveil the apparent clone conspiracy.

Unfortunately, there was virtually nothing spectacular about this film. The dialogue was inexcusably bad, flat, and forced. However, Smith did manage to bring a comfortingly calm presence to his character that highlighted the horror show of over imposed emotions portrayed around him.

The real stars of this film were an enjoyable soundtrack, a solid staff of stunt coordinators, and location shooting. Gemini Man had a respectable score that guided viewers through intense and intuitive action sequences. Sparing the shaky cam, Lee kept viewers engaged and even perplexed at the tenacity and aggression provided by each of the Brogans. Likewise, film locations such as Cartagena and Budapest lent glorious backdrops to some of the story’s most intense moments.

After the film entirely unfolds, there’s not much to walk away with. Sure, Gemini Man may be a non-traditional look at second chances, but the stale screenplay makes it impossible to consider as “groundbreaking.” Overall, Gemini Man is a fairly fun film that’s, unfortunately, almost twice as forgettable.

REVIEW — "Dolemite Is My Name" 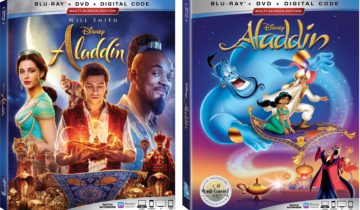