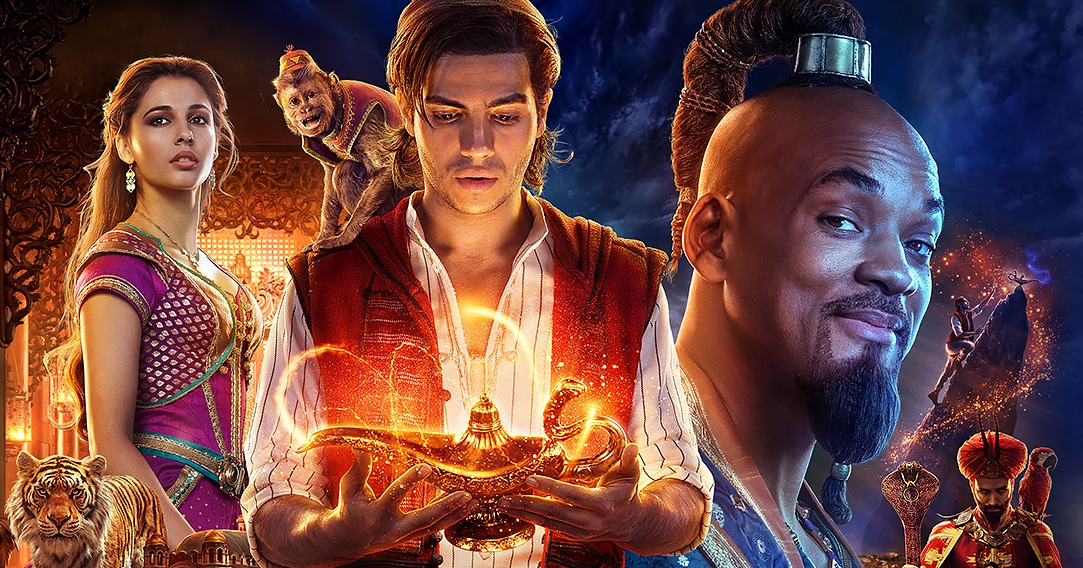 After successful live-action remakes of animated classics such as Cinderella, Beauty and the Beast, The Jungle Book, and Dumbo, Disney are continuing their plan of repackaging and reselling you your childhood by adapting one of the most beloved entries from their second golden age of animation; Aladdin. While the original 1992 film is impossible to top, this new version expands on the well-known story by introducing new characters, expanding others’ motivations, and infusing a richness of culture to create a whole new (albeit familiar) world. And the result is shining, shimmering, and splendid. 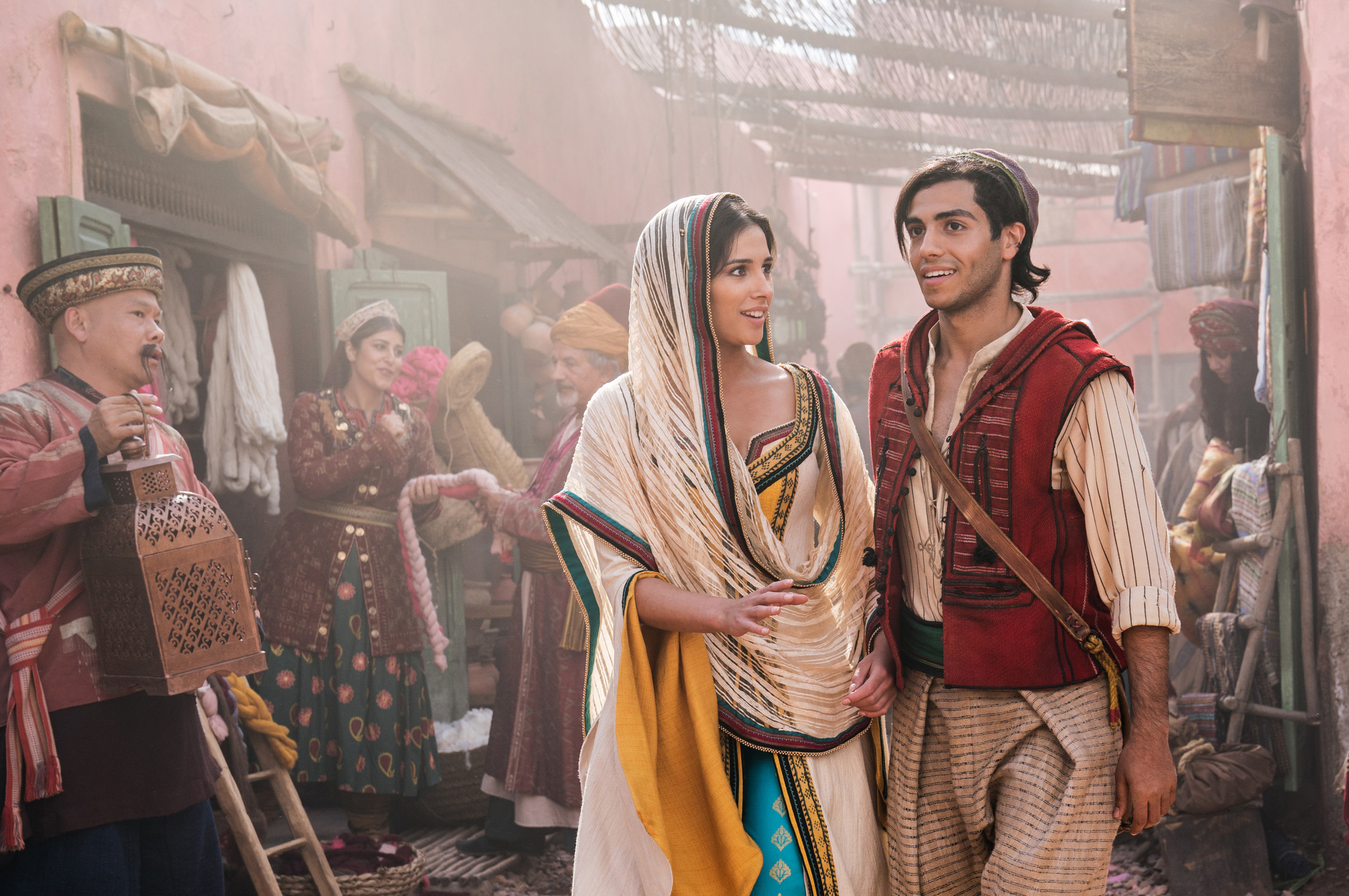 Using his signature speed-up/slow-down approach to on-screen action that he pioneered in Snatch and perfected in Sherlock Holmes, director Guy Ritchie brings the fast-paced, crowded streets of Agrabah to life. The film follows Aladdin (Mena Massoud) and his loyal pet monkey Abu as they get swept up in a sandstorm of royalty, magic, and romance. Massoud plays the scruffy street rat with charismatic likability — nailing the sly grin and disarming charm of a skilled thief with a heart of gold. 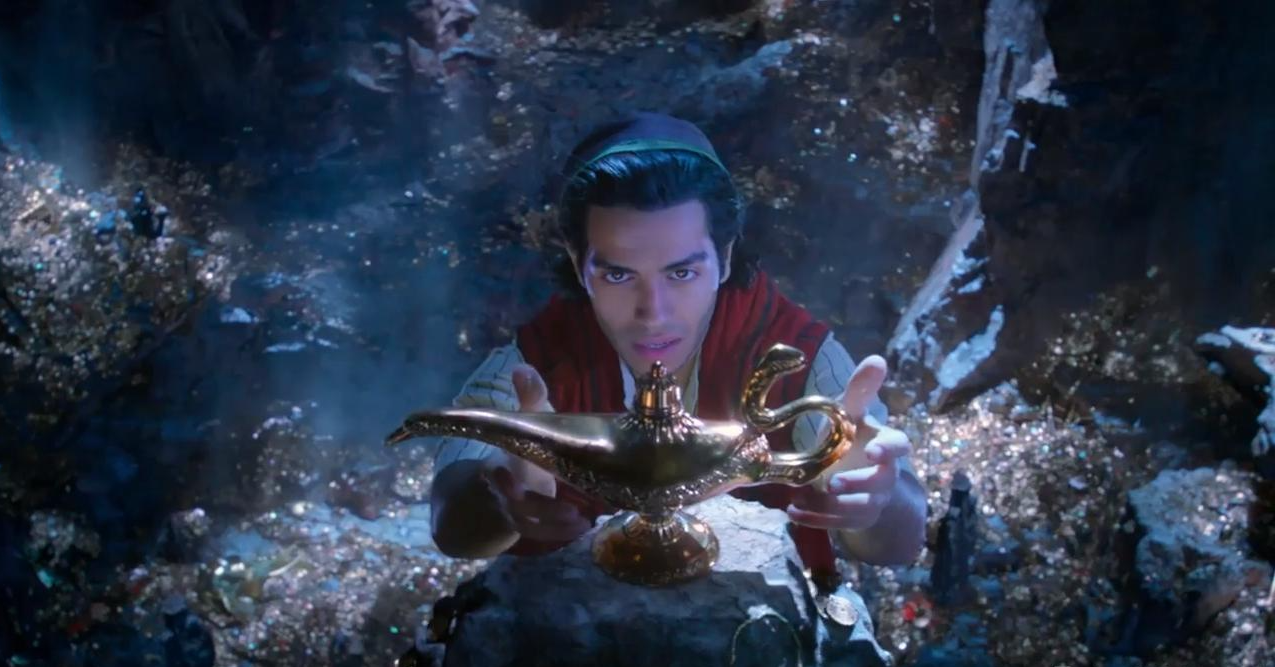 The film’s biggest hurdle was re-casting the role of Genie, originally brought to life by the late Robin Williams. While his mostly-improvised performance is that of Disney legend, the character of Genie in the 1992 film essentially was Williams. This time around, equally-charismatic and legendary personality Will Smith was tapped to fill Williams’ pointy shoes. Smith honorably tackles this monumental and unenviable task with his signature Big Willie-style flair that has been absent from the big screen for years. While the blue CGI version of the character can be cartoonish and unsettlingly uncanny to the eye, Smith’s energy and non-stop charisma help to distract the audience enough to not care. 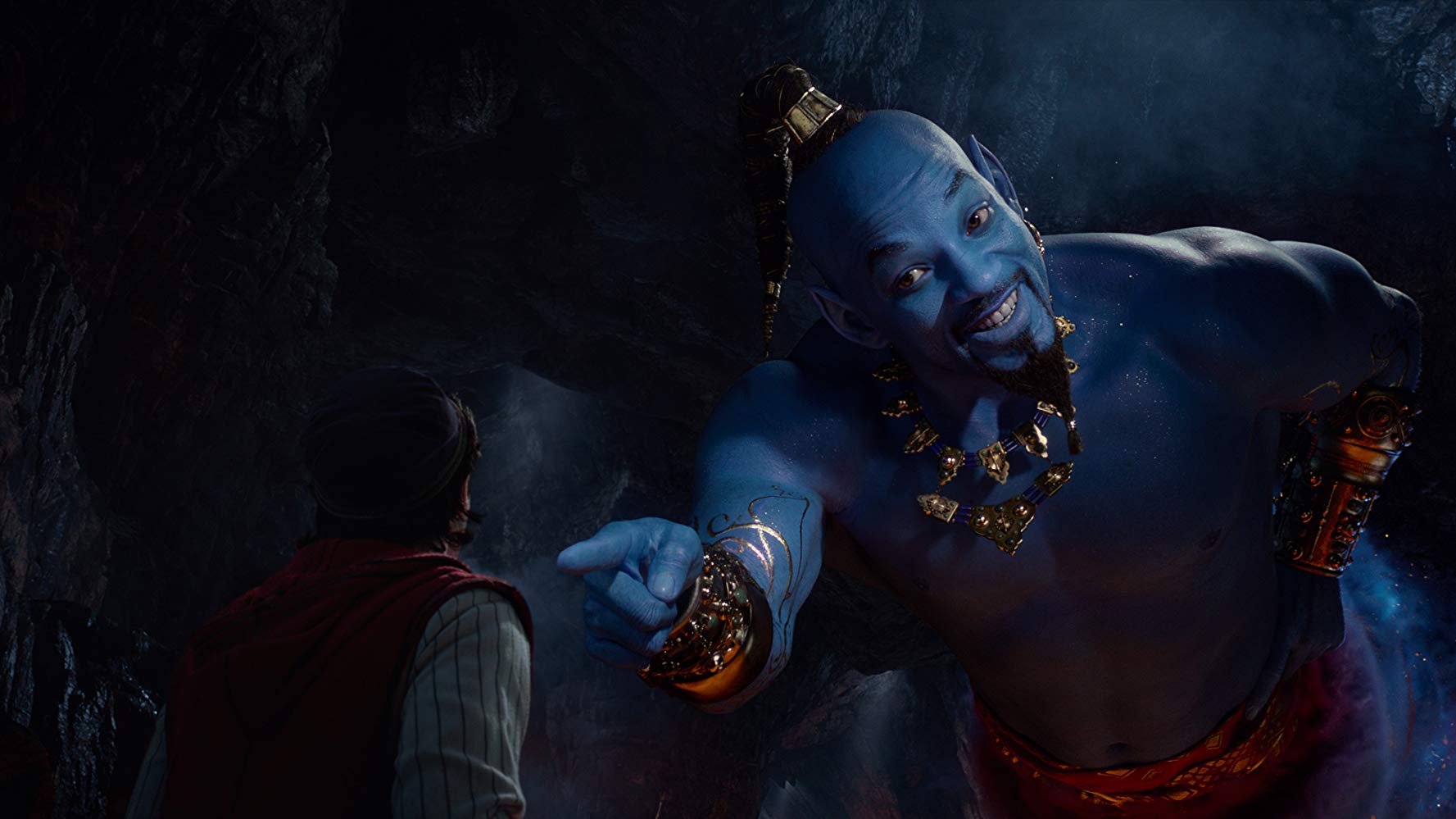 As the villain Jafar, Marwan Kenzari spits each vile line as if he were a poisonous cobra. The film also stars Navid Negahban as the Sultan and Nasim Pedrad as Dalia, Princess Jasmine’s free-spirited best friend and confidante. 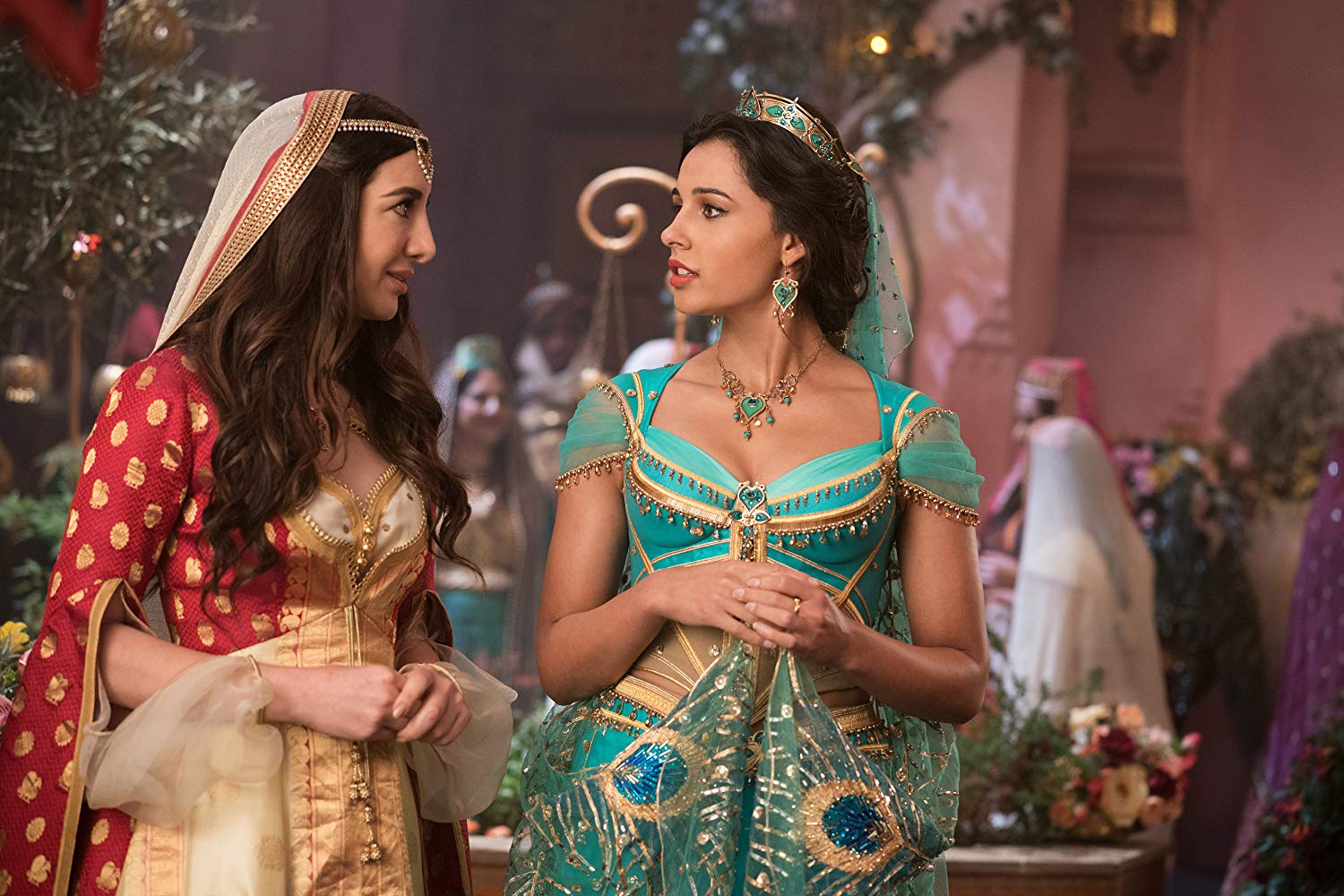 Nearly a note-for-note but nonetheless magical live-action remake, Aladdin‘s charming, likable leads, dazzling production value, and vibrant musical scenes will have you dancing in your seat — especially to hits like “Prince Ali” and “Friend Like Me.” 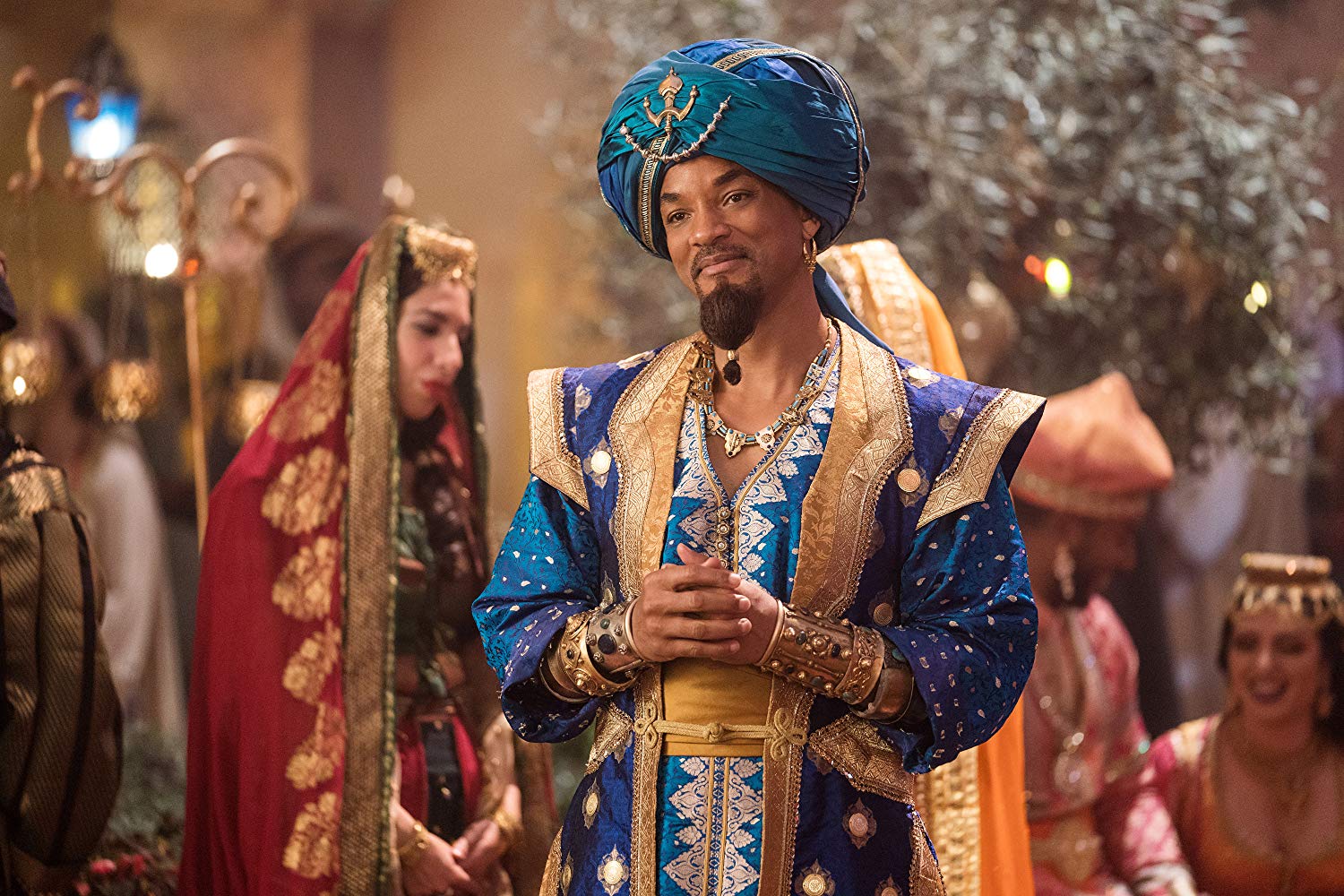 Aladdin is a magic carpet ride brought to life. 3/5 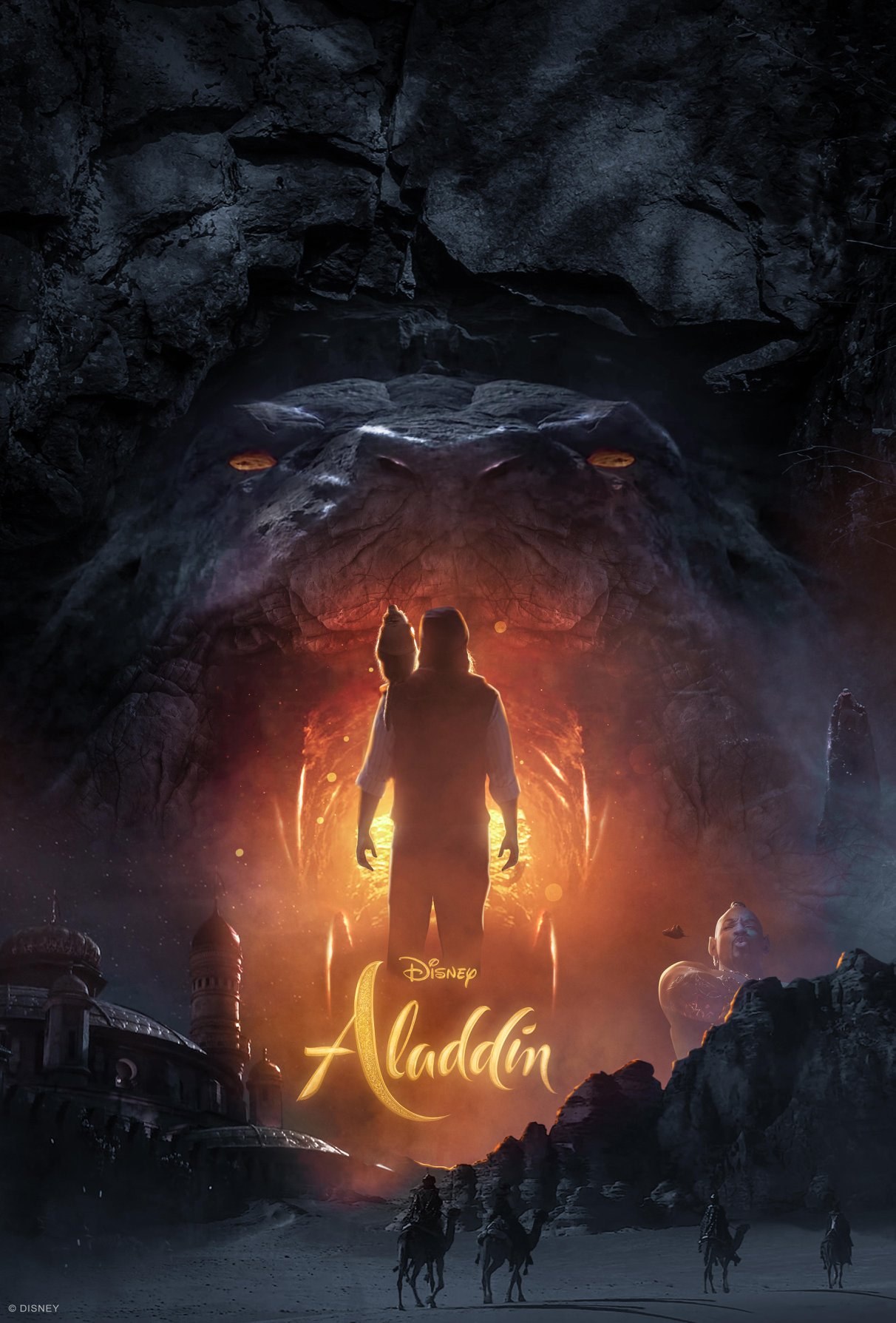 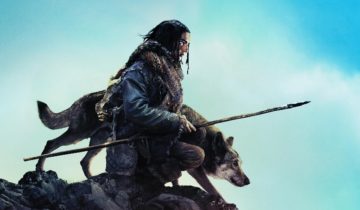