Home›Movies›REVIEW — “Dolemite Is My Name”
Movies

Dolemite Is My Name is directed by Craig Brewer, written by Scott Alexander and Larry Karaszewski and stars Eddie Murphy, Keegan-Michael Key, Mike Epps, Craig Robinson, Tituss Burgess, Joy Randolph, and Wesley Snipes. It tells the story of performer Rudy Ray Moore, who assumed the role of an iconic pimp named Dolemite during the 1970s. Eddie Murphy is going for broke this year. With news of a stand-up tour coming and his Saturday Night Live hosting gig approaching quickly, Dolemite Is My Name serves as a great introduction to the Murphy renaissance. Dolemite Is My Name is a fun crowd-pleasing biopic featuring Eddie Murphy’s best work in years.

Craig Brewer is directing here and he does a pretty great job. Brewer approaches the material with a great sense of style and energy. Dolomite is a lively, energetic and uplifting ride. He clearly has great admiration for the subject and does a fine job developing the character and making the audience really root for him. That being said, he doesn’t re-invent the wheel here. Dolemite Is My Name is a fairly standard biopic and while Rudy Ray Moore’s story does have a different angle to say, Freddie Mercury, the films largely follow the same path. Scott Alexander and Larry Karaszewski have written a pretty solid script. While a bit basic, their script is full of heart, and most of all, humor. This is a very funny movie and had me laughing out loud many times. It’s just a whole lot of fun. This is clearly a project everyone cared about and their efforts are seen in spades.

Eddie Murphy knocks it out of the park here. He is hilarious, heartbreaking, and cool all in one. This really is his best work in years and may be his best performance. He delivers a spirited, nuanced, and compelling performance as Ray. If his work here is any indication, we’ve got a lot to look forward to from him. The stacked supporting cast also crushes it. Keegan-Michael Key is great as always, and while he isn’t in the film for a great amount of time, he is a more than welcome addition. Mike Epps and Craig Robinson also do a great job here and were wonderful to see on screen together. The whole cast really gives it their all. Dolemite Is My Name also does a great job on a technical level. There are tons of really great recreations present in the film, as well as some sequences reminiscent of The Disaster Artist. The cinematography is really well done and there’s a great bit of really solid symbolism and visual storytelling on display here. 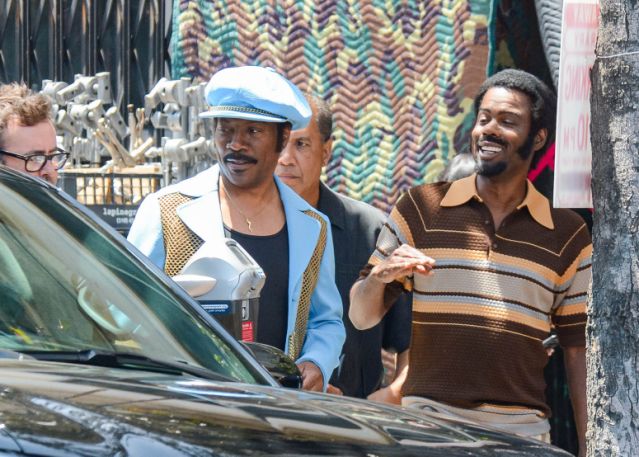 Overall, Dolemite Is My Name is a heartfelt biopic of a larger than life icon featuring an electric performance from Eddie Murphy. 3/5