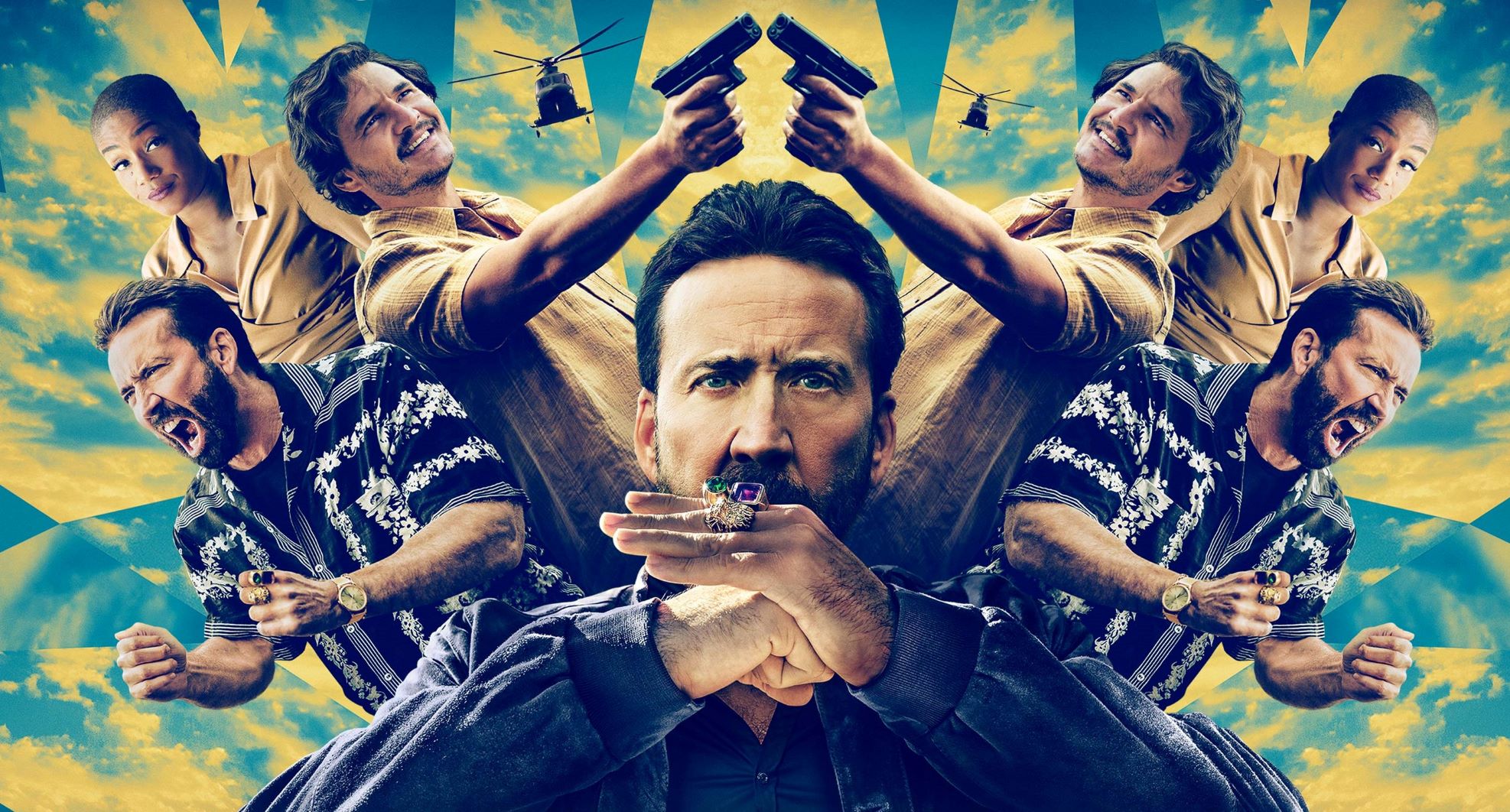 Frantic and bromantic, The Unbearable Weight of Massive Talent is a wild thrill ride with the heart of a lion.

From The Lost City to Sonic the Hedgehog 2, Hollywood has been churning out a streak of successful action-comedies as of late. Escapism at its finest, Massive Talent offers a little something for everyone. The Tom Gormican-directed film stars Nicolas Cage playing a role only he could play; himself, or at least a loosely-based version of his infamous on-screen persona. 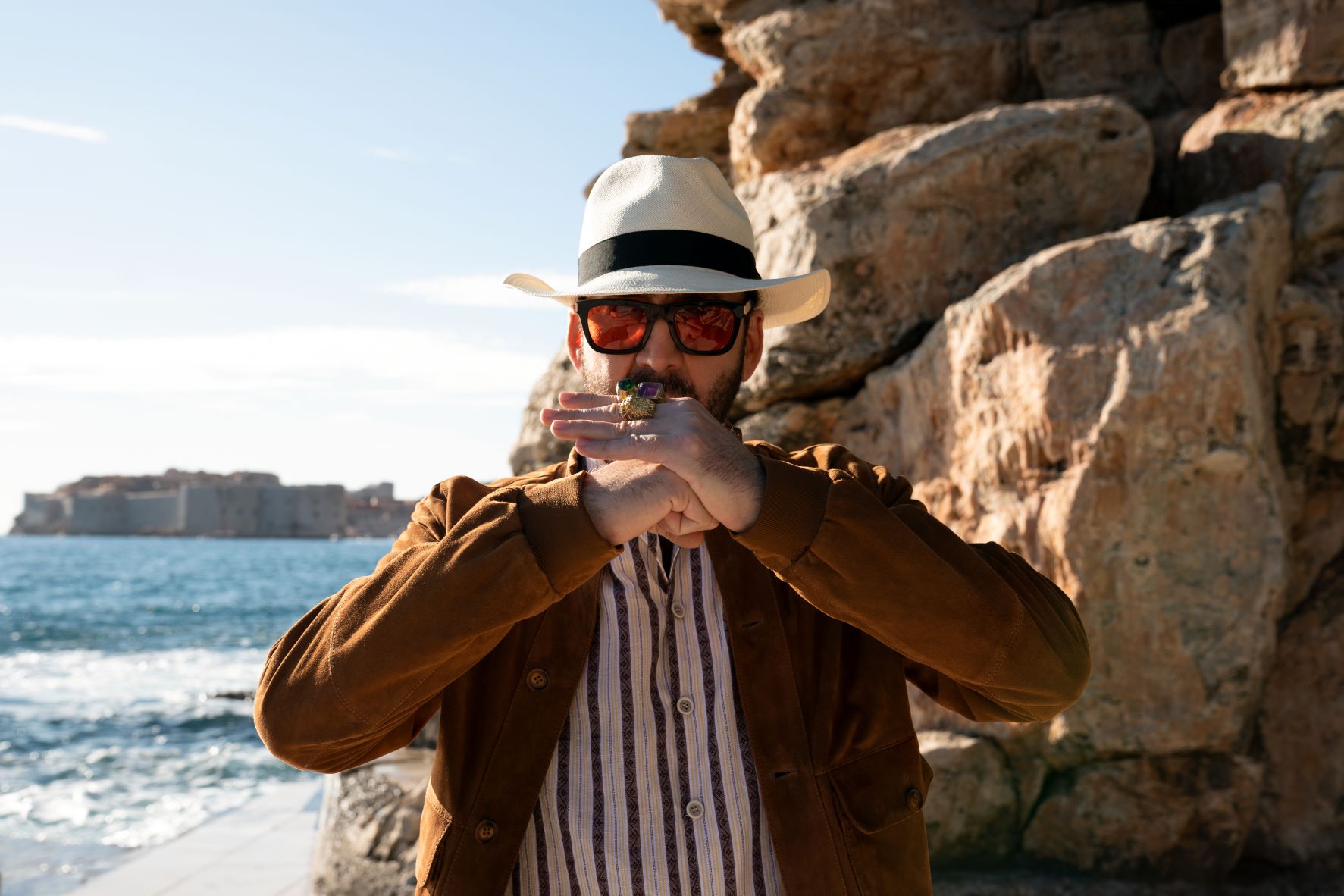 This version of Cage is on the ropes; divorced from his wife (Sharon Horgan), in therapy with his daughter (Lily Sheen), and in need of work. So when his agent (Neil Patrick Harris) suggests a high-paying gig for Cage to appear at the birthday party of a wealthy international fan (Pedro Pascal), he reluctantly agrees. As the other half of the film’s bromance, Pascal is loveable as Nic Cage-obsessed fanboy, Javi, who may also be the head of a notorious arms dealing cartel. 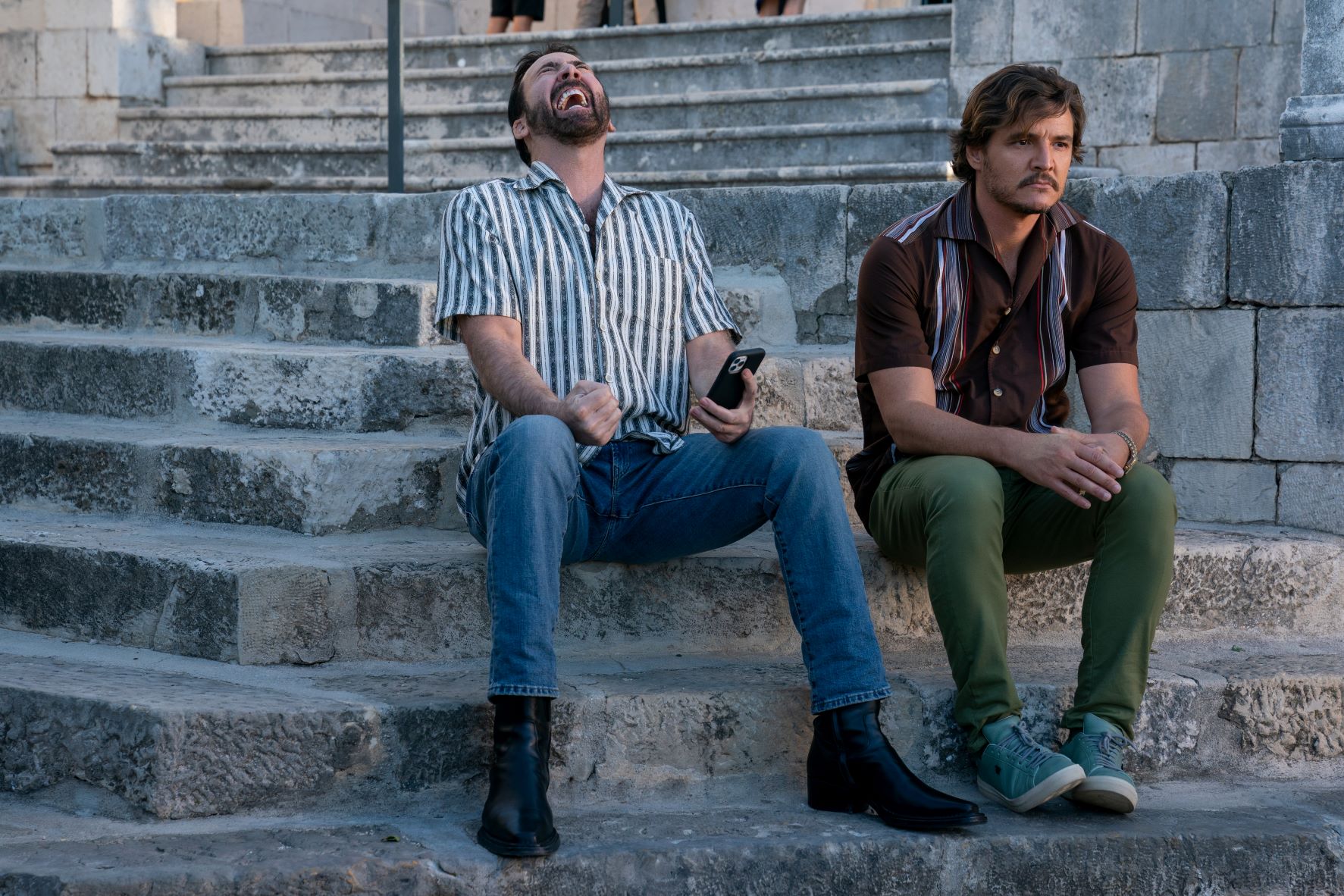 It is nice seeing Harris (NPH) once again bro-ing down in a large theatrical release, and Tiffany Haddish and Ike Barinholtz’s knack for rapid-fire comedic banter is also on full display in their roles as two CIA operatives on a mission to track down the kidnapped daughter of an Italian president. The duo suspect Javi is behind the kidnapping, and, in a moment of desperation, rope Cage into being their inside man. 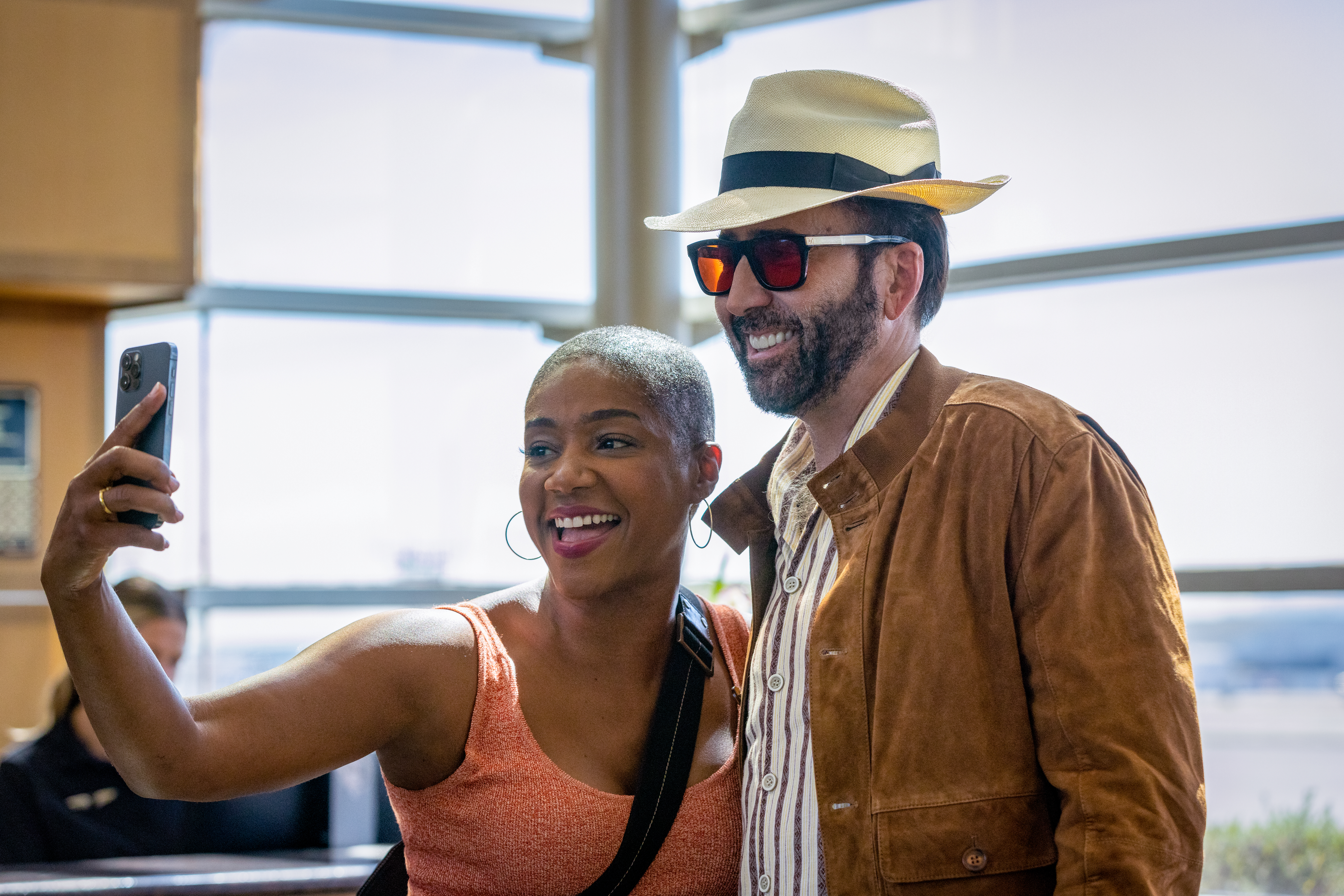 Nicolas Cage is back (not that he went anywhere) and in full Nic Cage mode as he delves into a world of espionage that his character believes his eclectic filmography has prepared him for his whole life. In Massive Talent, we also get a double does of Cage. Throughout the film, Cage’s ego manifests itself as Nicky, a younger (digitally de-aged) Wild at Heart-era version of Cage that exists to remind him of his massive talent: “You’re not an actor, you’re a movie star!”

Indeed, this is Nic Cage’s dojo and we are just living in it as he fully commits to this “role” with his signature ridiculous abandon. He balances befuddled parenting and high-speed action with equally genuine emotion. The film also shares many similarities with another Nicolas Cage classic, Adaptation, in which Cage also plays dual roles in a metafictional movie-within-a-movie that documents the writing process of the film that is being watched.

I believe Cage is at his best when he is playing tragic fathers to daughters as in The Croods series and, especially, Kick Ass. While his burgeoning friendship with Javi is the main attraction in Massive Talent, it is his disconnected relationship with his teenage daughter that is at the heart of the film. 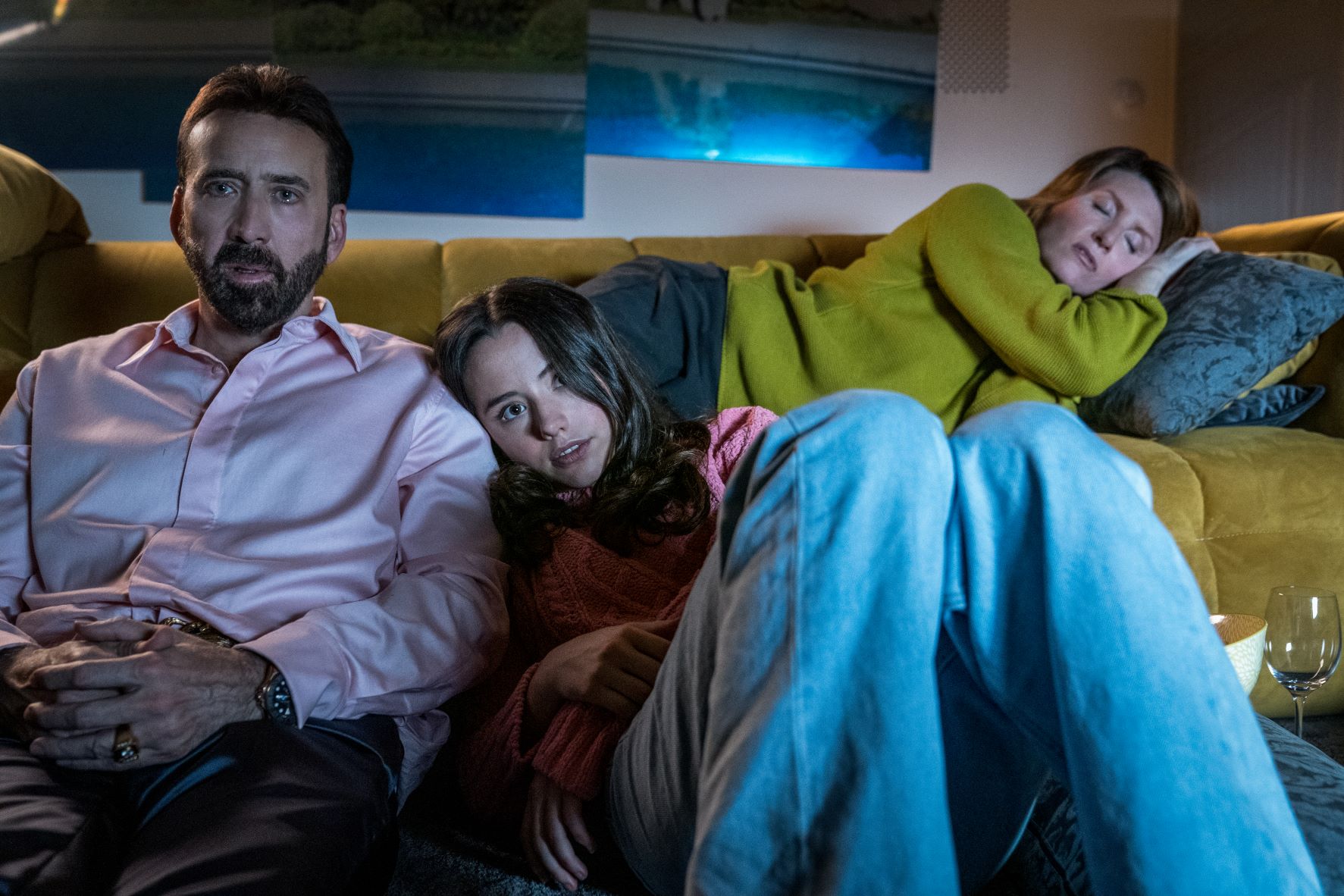 A very entertaining homage to Nick Cage’s massive career, Massive Talent is the ultimate Nic Cage experience. It is also unafraid to display it’s adoration for the wonderful Paddington 2, and that alone is worthy of high praise.

Rated R with a running time of 1 hour and 46 minutes, The Unbearable Weight of Massive Talent opens in theaters on April 22, 2022.