A tiger, a sports car and a steam train have little in common outside of celebrity magician Murray Sawchuck, the entertainer who has made these objects materialize — or vanish — with the pull of a sheet and the blink of an eye.

Performed in front of a live audience and simultaneously broadcast to more than 22 million live viewers nationwide, it’s feats like these that helped shoot Sawchuck to the forefront of magic when he competed as a finalist in the fifth season of NBC’s America’s Got Talent.

Gifted a Siegfried and Roy magic kit at the age of 7, Sawchuck found himself entranced by the world of illusion and trickery.  A born performer, the hopeful found his footing as an entertainer by incorporating dance and music into his acts. Eventually finding mentorship under Marvyn and Carol Roy, a couple who had toured globally for more than 50 years, Sawchuck would go on to become an international performer and a world champion of magic.

Not content to charm and dazzle audiences in person only, Sawchuck has found further fame as a recognizable “As Seen on TV” personality, appearing on more than 20 reality shows including America’s Got Talent, Brain Games, Top Gear, Master Chef, Extreme Escapes, Masters of Illusion and Pawn Stars.

A viral sensation with more than 350 million views online and a regularly updated YouTube channel home to tricks, jokes, pranks and magic how-to’s, Sawchuck can be found regaling audiences up-close in an all ages and family-friendly 4 p.m. show at Planet Hollywood Resort & Casino in Las Vegas.

The Las Vegas Strip is home to as many comedians as it is magicians, but comedian magicians — especially talented performers who can execute both so effectively — aren’t come across as easily as bargain priced margaritas.

Murray Sawchuck, comedian magician, is a standout. He exudes a confident and chirpy demeanor, in what surely comes naturally to the “Dennis the Menace of Magic.” Often self-deprecating but always on the audience’s side — while keeping them on their toes — Sawchuck is amiable and engaging, the rare kind of entertainer tailor-made for both the grand stage and a cozy, intimate venue.

Though Sawchuck emphasizes comedy over hocus-pocus, the sleight of hand and the “wow” factor isn’t to be downplayed — it’s a true 2-for-1, getting a top-notch comedy show and skillful bewitchment all at once.   Star Murray Sawchuck is hilarious and spellbinding, placing Murray Celebrity Magician among the funniest shows in Las Vegas.

At the close of another show well done — the audience having expressed their enjoyment through a near-constant barrage of applause — Murray spoke with me, offering a peek behind the curtain of one of Las Vegas’ most unique talents.

Murray Sawchuck: What attracts me to magic is the fact that you can actually make somebody smile, and take them away from the real world for an hour. You know, their problems with relationships or debt or just life. So as an entertainer, especially with magic, you can actually take audiences into a different world. So that’s kind of my outlook on that.

CB: You got a gift as a child that made you see yourself as an entertainer. What was it about that gift that you knew magic was what you wanted to do?

MS: I think it was one of those things where I loved the fact of knowing a secret, but then when I performed it, it looked different than what you saw. I love going to old movie sets, like when it looks like the streets of New York, but you walk two feet to the other side and it’s just a bunch of plywood. And I love that illusion. So I think magic has a lot of that, where you kind of create a land of make believe, you know? So I really enjoy that. I mean, before that, I danced professionally and played music, but the magic really stuck through because I thought it was kind of cool just having that art form in the public.

CB: Do you remember the first magic act you ever saw? What was it like?

MS: First magic act I ever saw was David Copperfield. He vanished the Statue of Liberty when I was seven, and I thought that was phenomenal. I knew it wasn’t a power, it was a skill, but I thought, “Wow, that’s really cool that you can do that live.” So that’s really where I kind of got my start.

CB: You deviate from “traditional” magic and inject comedy and a sense of humor into your performances. What made you want to mix comedy with magic instead of performing magic straight?

MS: The reason I mixed the comedy and the magic was because I realized with comedy, you can get on TV easier. Comedy is a much wider platform than magic. Magic is a much narrower platform. So you add the comedy and the magic, and you really widen your horizons so much more — you can perform for and entertain many more people. And I have a lot of people come to my show and they say, “Hey, you know, I don’t like magic very much, but I loved your show.” And I think it’s because 80% of it’s comedy, so it’s a big difference and that’s why I put it in there.

CB: You’ve produced a Ferrari and a tiger, and disappeared a steam train. What’s the hardest magic trick you’ve ever attempted?

MS: It’s the steam train, because I’d never done it in my life before. I hadn’t done any of those tricks in my life before America’s Got Talent. So we designed them — we literally built that trick in ten days, from start to finish. And we didn’t even have the method. I figured it out, yet we were practicing literally days before we went on stage to do it live in front of 22 million people. But it looked pretty cool on TV. [Laughs]

CB: How long does it generally take for you to bring a trick from conception to realization?

MS: It can take sometimes a day or two, or it can sometimes takes six months to ten months. So it depends on what it is and how long I’m thinking about it.

MS: My favorite trick to perform is anything related to comedy. I love making people laugh. I mean, the “wow” factor is great, but I did serious magic so many years. I won over 24 awards doing straight up magic, but when you can do comedy and make people laugh, that’s kind of the strongest thing, you know? I think to date though, my favorite trick was the vanishing steam train. It was for my dad and a homage to his history in the railway with my family. But now when I see some of my comedy bits on Masters of Illusion on CW and stuff like that, those are kind of my favorite ones because when you make people laugh, it’s great.

CB: During your show you mention several charities you’re involved with. Can you tell me about those?

MS: The charity that is closest to my heart is Friends for Life Humane Society, which is a no-kill dog shelter. I’ve personally rescued three dogs from them and will continue to do so. Other charities I support are Alice Cooper’s Solid Rock, where I perform at his Christmas shows yearly; Opportunity Village; Relay for Life; The ALS Association; the Wounded Warrior Project and the USO — where I’m going on my first USO tour April 5th – 21st, which will take me to places like Cuba, Greenland and Honduras.

CB: When you were competing on America’s Got Talent, you said it was a dream of yours to perform in Vegas. Now you have your own show. How does it feel to have made that happen?

MS: Well, ironically, before I did America’s Got Talent in 2010, I had my own show at The Frontier Hotel in 2002 for four months, so I had already performed on the Strip. But the exposure of 22 million people seeing me, made my popularity rise over night. So in turn, my latest five year run on the Strip has been amazing.

CB:   You’ve performed in Belgium, Paris, Monaco, South Asia and beyond. How is performing in Vegas unlike performing anywhere else in the world?

MS: Performing in Las Vegas is unlike anywhere else because it’s Las Vegas. It’s the place where everyone has performed if you’re someone. So it really sets the bar of the standards in entertainment. Only the best get to play Vegas and stay to play in Las Vegas. Everyone from the past — like Siegfried and Roy, who made Las Vegas, Wayne Newton — to people of this day and age like Justin Timberlake and Bruno Mars! On New Years I did my show at Planet Hollywood, had dinner, then walked across the street to see Bruno Mars do his show. That’s pretty cool, and [something you can do] only in Las Vegas! That’s why it’s special to me.

Murray Sawchuck performs regularly at 4 p.m. in the Sin City Theatre located within the Planet Hollywood Resort & Casino in Las Vegas. Murray takes the time to meet with fans, sign autographs and pose for pictures after the show. Find a show here. Buy tickets here. Check Murray out on YouTube here. 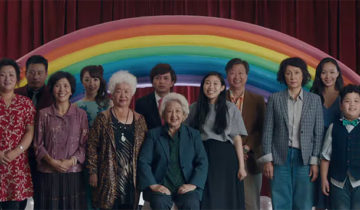