There are two kinds of people out there. People who really want to see this movie, and people who have absolutely no interest at all. This review will sway neither group.

The film is based on the book virtually everyone has heard of by now. For the past few years it has been both praised and demonized for the same thing; its raunchy portrayal of the relationship between a naive college student and a controlling young billionaire. Housewives across the nation whispered amongst themselves of Mr Grey’s scandalous sexual kinks, while others shouted from the rooftops about the abuse and rape portrayed under the guise of love. Regardless of your social, political, or moral stance on the subject matter, it’s still just a book, and still just a movie.  It would be a sad world if every form of entertainment had to pass the muster of a mass census of “acceptability.” That being said, it is a bit unsettling when dysfunctional and abusive relationships are passed off as being “love.”  The “Twilight” series is a prime example of this, and ironically, “Fifty Shades” started out as a “Twilight” Fan fiction story.

Yes, that’s right, Christian Grey(Jamie Dornan) and Anastasia Steele (Dakota Johnson) were originally Edward and Bella.  While the names have been changed, there are scenes in the film, especially in the first act, that seem exactly like an adult version of their twisted vampire romance. The animalistic attraction between them, the coldness of Grey, who is interested one moment, but then running her off the next for her own protection, but then, dammit, he just can’t help himself! It’s all very familiar (but with less bloodsucking and more sex.)

Surprisingly, the movie isn’t as bad as many would expect.  I have not spoken to a single woman who has approved of Dakota Johnson being cast in the lead role, but quite frankly she is one of the best things in the film.  Her acting is spot on (for this particular character) and she is able to convey the growth her character goes through. Unfortunately, since she is so incredibly innocent and immature at the beginning of the film, it’s not as much growth as we’d like to see. Jamie Dornan is wooden at best, but frankly, he’s probably doing the best anyone could with the lines he’s been given.  (Fun Drinking Game: Take a shot every time you roll your eyes the same time Anastasia does.)

The other main thing that elevates this film above the tripe many imaged it would be is Seamus McGarvey. Who is that, you may ask? He’s the Cinematographer who is known for “Atonement,” “We Need to Talk About Kevin,” “The Avengers,” and “Godzilla.” All other concerns aside, this film looks great. Every location, every room, every scenario has a perceptible feel to it.  In one of the final scenes, he uses a deep focus shot that is very reminiscent of Hitchcock’s infamous “Dial M for Murder” scene.   It’s a heart-wrenching, disturbing event that is made even more impactful by this shot.

So what about all the sex,bondage, whips and chains?  It has been sanitized to achieve an R-rating and more or less mass appeal, but it’s still far from what cinema goers may be used to seeing.  What’s truly disturbing though, is not Mr. Grey’s sexual kinks, but how he approaches them.  These types of activities may be fine within the loving bonds of a consensual relationship where trust has been established.  This is NOT the kind of relationship these two have.  Christian is, at best, a misogynistic, controlling, sociopath.  He has absolutely no interest in broadening her horizons, merely controlling another human to help improve his abysmal self worth.  Outside of material things, he does nothing to improve her life or happiness.  It’s strange how the story tries to paint S&M to be exciting and interesting, but then later backpedals and attributes it to Christian being the son of a crack-whore.  Hopefully, impressionable viewers will see this film not as a romance, but as a cautionary tale. 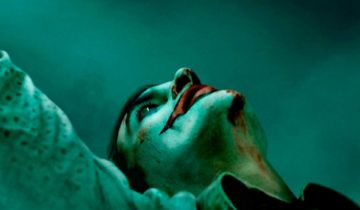