Humor can sometimes be the spoonful of sugar used to ease the taste of unpalatable serious topics.  Done wrong, it can sink a film.  Thankfully “Obvious Child” is amazing in the way it uses honest and hilarious humor to broaden our perspective.

Distributor A24 has had an amazing couple of years.  This is just another in their long line of extremely well made and thought provoking movies.  It was directed and written by Gillian Robespierre, who based it on her 2009 short film of the same title.  Reprising her role from the short is Jenny Slate as the main character Donna.

The film has a hilarious opening of Donna doing standup in the club she frequents.  This humor is incredibly honest and funny.  Unfortunately not everyone, including her boyfriend, is comfortable with her level of genuineness and she soon finds herself unceremoniously dumped.  Within a very short time she also loses her job and discovers she is pregnant.  Near her breaking point we watch her struggle with the hard decisions she must now make and the different forms of support she receives from her friends and parents.

A focal point of these decisions is whether or not she should have an abortion, and if the father has the right to know?  People on both side of this controversial subject may have a knee-jerk response that they believe is unquestionable.  Regardless of which side you may be on, it’s important to remember the complexities in peoples’ life.  We all need to be compassionate for others, even if we don’t agree with their various decisions.  Many times when one has a strong opinion on a sensitive subject, we become so focused on the black and white aspects of the topic that we forget that there is a human being behind it.  And like all human beings, our lives are vast and varying shades of gray.

On her kickstarter page, Gillian stats that she and her friends Anna Bean and Karen Maine, created the short film because they “were frustrated by the limited representations of young women’s experience with pregnancy, let alone growing up.”  With this feature film they have created a powerful and moving story that needs to be seen.  While it deals with serious subjects it is also considerably funny.

If you’d like to know more about this film, please check out the Q&A that was recorded after their Arizona screening on June 11th.  Thanks to Brent and our friends at The Nerd Repository for providing the audio. 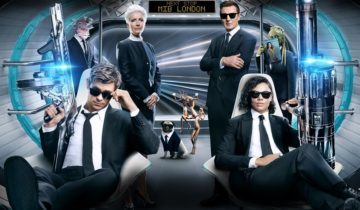