A musical that would have been more interesting without the singing is a sad thing indeed.

“The Last Five Years” tells the tale of a doomed marriage set to bland stage music.  It begins with Kathy (Anna Kendrick) singing of their pending divorce.  Each of her numbers tells the story in reverse order, from despair to happiness.  Conversely when Jaime (Jeremy Jordan) sings his version, it is from the beginning, working forward in time.  Their professional success mirrors their timelines.  His increases, while her’s pales in comparison.  It’s an interesting premise, but it simply does not work.  As they near the middle of their respective timelines it becomes especially confusing.

Musicals have been making a comeback in recent years. Television had the inspired “Galavant” and theatres enchanted audiences with “Into the Woods.”  The best musicals have cleverly written lyrics coupled with moving or catchy music.  “The Last Five Years” is devoid of both.  As a whole it feels too simple, a two person play where, after the midpoint, all the songs sound the same.  The simple orchestration actually undermines the emotions the lyrics are projecting, instead of enhancing them.  By the end of the film we’ve become so disenchanted that we could care less if the couple stayed together or not.

Anna Kendrick is wonderful in everything she does.  To be fair, she does the best with the material she is given, but this role is a waste of her talent.  The only part of this film that is actually engaging is an argument they share regarding a dinner party.  It’s one of the only spoken (non-sung) moments in the movie. 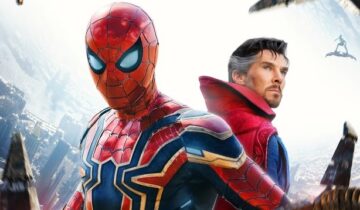