Kingsman: The Secret Service follows a familiar story arc, similar to other top-secret-operation-recruitment flicks.  However, that doesn’t stop it from being full of surprises.  The sharp dialogue, superb action and well placed twists switch things up more than enough to keep things interesting.

Like any young man about to be enlisted in a secret agency, Eggsy Unwin (Taron Egerton) is a clever, yet hot-headed rule-breaker and has had enough of everyone’s crap- even his own. His Father was a Kingsman and died protecting a fellow secret agent, Harry Hart (Colin Firth). Harry later rescues Eggsy from a legal bind and recruits him into training to become a Kingsman. Their objective being to thwart the global domination efforts of the evil (and hilarious) Richmond Valentine (Samuel L. Jackson).

The fight scenes in Kingsman are expertly choreographed. I am frequently bored out of my mind by relentless bland CGI action sequences that seem to plague cinema nowadays.  Rest assured, Kingsman does not disappoint. When it comes to action, this movie brings it. Every fight is wildly entertaining and more creative than the last. However, it should be noted that a few of these sequences get extremely violent. Which is shocking for the film’s light comic tone overall. One lengthy church scene in particular is as wince inducing as it is brilliant.

As the only lady on this site, I have to mention the wardrobe.  It has been said on the internets that “A well-tailored suit is to women what lingerie is to men”. For this reason alone, ladies, I would recommend you choose to fan yourself during Kingsman as opposed to another multi-shade movie coming out the same weekend (if ya know what I mean). Believe me, the suits are to die for. Furthermore, Samuel L. Jackson’s modern and casual contrast to the traditional nature of the Kingsman creates visually fascinating scenes that tell the story all by themselves.

Kingsman: The Secret Service is the most fun you’ll have in theaters this weekend. Promise. The performances given by Samuel L Jackson, Colin Firth, Michael Caine, and Taron Egerton are delightful. My only warning is that it’s very likely that you will leave the theater painfully aware of how un-cool you really are. 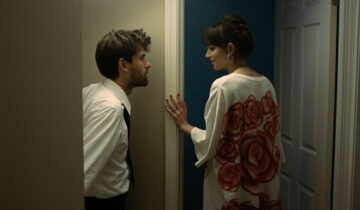