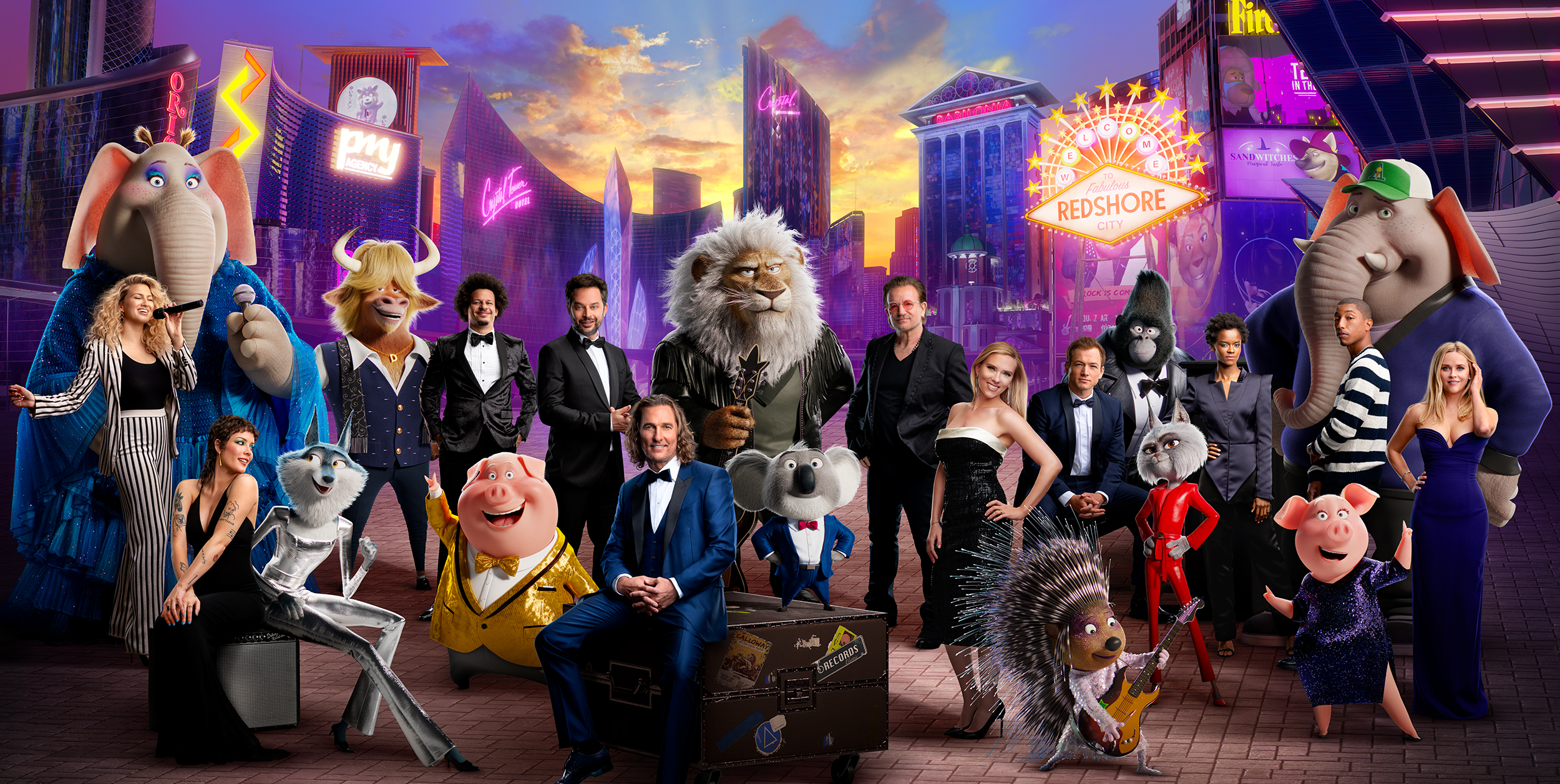 Sing 2‘s cheerful characters and upbeat cover songs will have kids dancing in their seats. However, while the characters in this film must come to realization that they are good enough, the film as a whole feels like a rehash of other better movies that have come before.

Written and directed by Garth Jennings, Sing 2 plays like The Muppets Take Las Vegas wherein a cast of animal singers set out to strike it big in show business by putting on a big show in glitzy Redshore City. However, in an attempt to secure themselves an audition with big, bad, wolf stage producer Jimmy Crystal (Bobby Cannavale), the casts’ desperate and overeager koala of a director, Buster Moon (Matthew McConaughey) overpromises a grand stage show starring retired rock icon Clay Calloway (Bono)—an aging lion whom Buster has never met.

The rest of the animated sequel to 2016’s Sing follows Buster’s chaotic attempt to secure Calloway while managing his cast and avoiding the wrath of Mr. Crystal. Of course, there are upbeat musical numbers sprinkled throughout featuring pop hits from today and yesteryear from artists like The Weeknd, Taylor Swift, Prince, and, notably, U2 (“Your Song Saved My Life”).

Most characters experience their own personal challenges during the course of the film: pig Rosita (Reese Witherspoon) has a fear of falling, gorilla Johnny (Taron Egerton) struggles with dancing, elephant Meena (Tori Kelly) battles a crippling, first-love shyness, and reclusive Callaway must summon the strength to perform again after the passing of his wife. The theme of the film is about overcoming negative naysayers and your own fear and self-doubt to realize your dreams.

In ways both earned and forced, they all ultimately find the courage to face their fears and take a leap of faith thanks to the encouragement of their eternally-positive showrunner Buster, footloose choreographer cat Nooshy (Letitia Wright), and supportive porcupine rocker Ash (Scarlett Johansson).

The film also features quality performances from Pharrell Williams, Eric André, and Chelsea Peretti, and singer Halsey does admirable voice-work as Crystal’s entitled Daddy’s girl, Porsha. However, the accented speaking and singing voice of Nick Kroll’s pig Gunter are, once again, grating and annoying to listen to. Thankfully, his character’s role has been significantly reduced in this spectacle of a sequel. 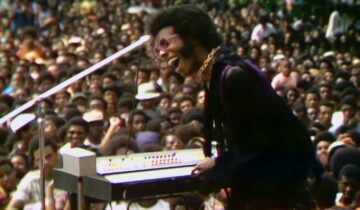