In the wake of King T’Challa (Chadwick Boseman)’s untimely death, Princess Shuri (Letitia Wright) blames herself for failing to save her dying brother and buries herself in scientific research. Meanwhile, Queen Ramonda (Angela Bassett) combats pressure from world powers who view Wakanda as weak and greedy. Their growing impatience with Wakanda’s unfulfilled promise of sharing its vibranium-based technology has resulted in attacks on Wakanda and undersea drilling with the use of an innovative vibranium detecting device.

Such drilling threatens to expose a hidden underwater nation led by mutant King Namor (Tenoch Huerta), who is fiercely protective of his superhuman race of warriors and their own cache of vibranium. With super-strength and the ability to swim and fly at great speeds, the villainous Namor gives the Wakandian queen an ultimatum to bring him the device’s inventor, American college student Riri Williams (Dominique Thorne), or be the first nation to fall.

Without its protector, Wakanda is vulnerable. This forces Shuri, M’Baku (Winston Duke), Okoye (Danai Gurira), and the Dora Milaje to put their grief aside, reunite with War Dog Nakia (Lupita Nyong’o) and CIA agent Everett Ross (Martin Freeman), and fight and protect Wakanda from threats both above and below the surface of the sea.

The globe-trotting action adventure’s 2 hour and 41 minute running time goes largely unfelt. This is largely due to tight pacing and steady action, but also the film’s large ensemble of compelling actors.

Thorne’s Riri Williams is a fun, smart, and wise-cracking addition to the MCU. Like Peter Parker with attitude, she’s a chip off the Stark block who’s full of ingenuity and pop-culture references. Her Ironheart Disney+ series will jump up many lists.

Duke once again delivers much needed levity to the series as M’Baku, while the welcomed return of Nyong’O’s Nakia serves as a connective heart to T’Challa’s story and a bittersweet reminder of what could have been.

Director Ryan Coogler and producer Kevin Feige were presented with an impossible task, and, miraculously, they pulled it off. Beautifully emotional, powerfully poetic, and stunningly cinematic, Wakanda Forever is a fierce and everlasting tribute to Chadwick Boseman and the legacy of the Black Panther. 4/5 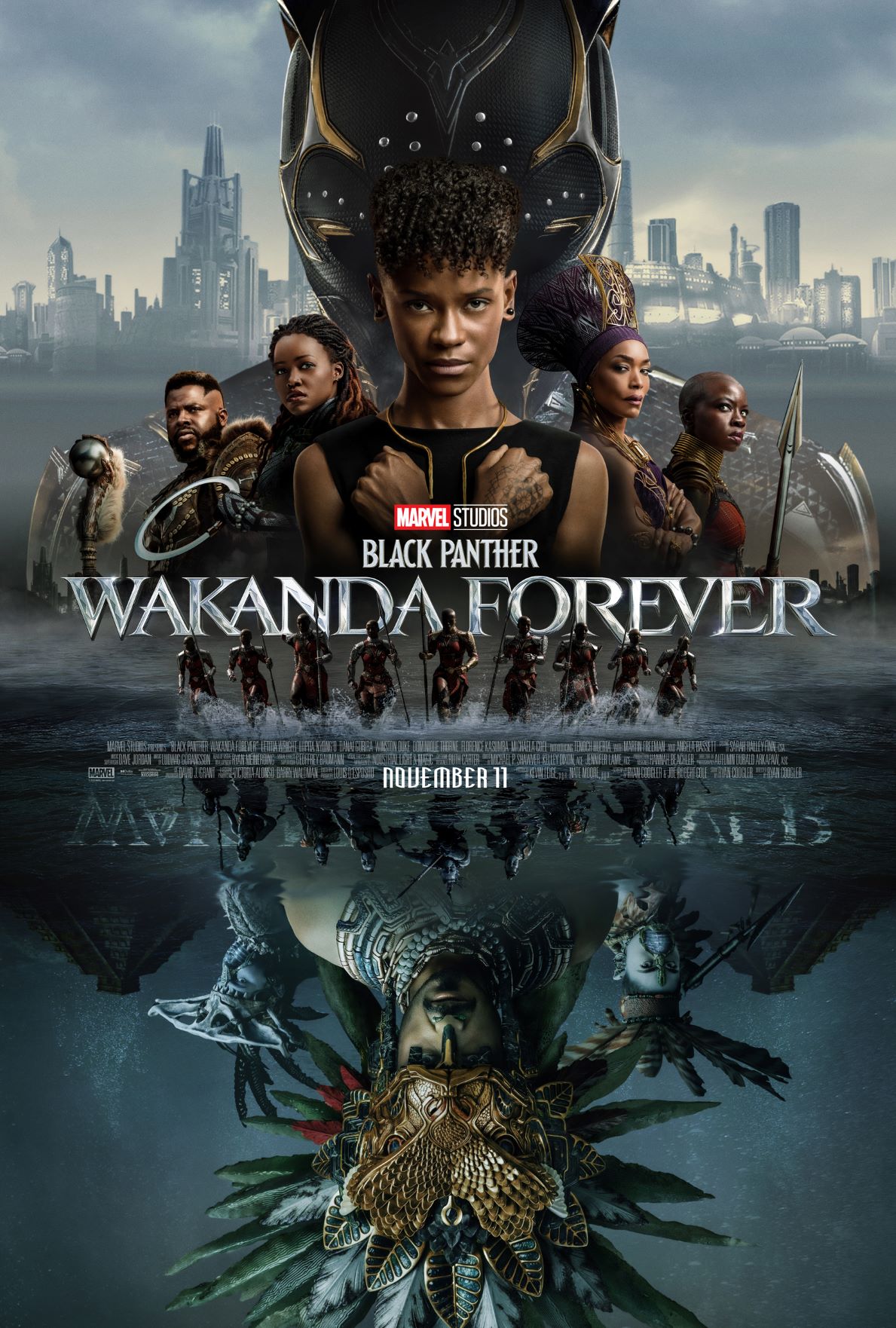