Home›Movies›REVIEW — “Four Kids and It”
Movies

Lionsgate presents Four Kids and It, a whimsical and wonderful source of much-needed family adventure and escapism, available June 30 on Blu Ray, DVD, On Demand, and digital platforms including iTunes, Amazon Prime, Vudu, and others.

Directed by Andy De Emmony, the film follows two dating single parents (Mathhew Goode and Paula Patton) who decide to introduce their children over a weekend holiday at an English beach.

While walking the coast, the four children stumble upon the Samiad (voiced by Michael Caine), a million-year-old, floppy-eared, sand-dwelling creature who has the power to grant each child one wish a day by means of his magical, gaseous farts.

However, “Sammy’s” wishes come with a few caveats: wishes cannot be repeated, are often consequence-laden, and end each day at sunset.

From pop-stardom to the power of flight, each child experiences their wildest wishes come true while learning how to depend on one another, along the way.

As the blended families’ beach side neighbor, Russell Brand plays Trenton, a suspicious and wealthy collector of rare animals and artifacts.

Based on celebrated author Jacqueline Wilson’s beloved children’s book of the same name — which itself was adapted from E. Nesbit’s 1902 classic Five Children and It, the film also stars Teddie Malleson-Allen, Ashley Aufderheide, Billy Jenkins, and Ellie-Mae Siame.

Exciting thrills and valuable lessons with a modern twist, Four Kids and It provides an enchanting and fantastical escape that’s perfect for at-home family fun.

With a running time of 110 minutes, Four Kids and It is rated PG for for thematic elements, some rude/suggestive comments, fantasy violence and language. 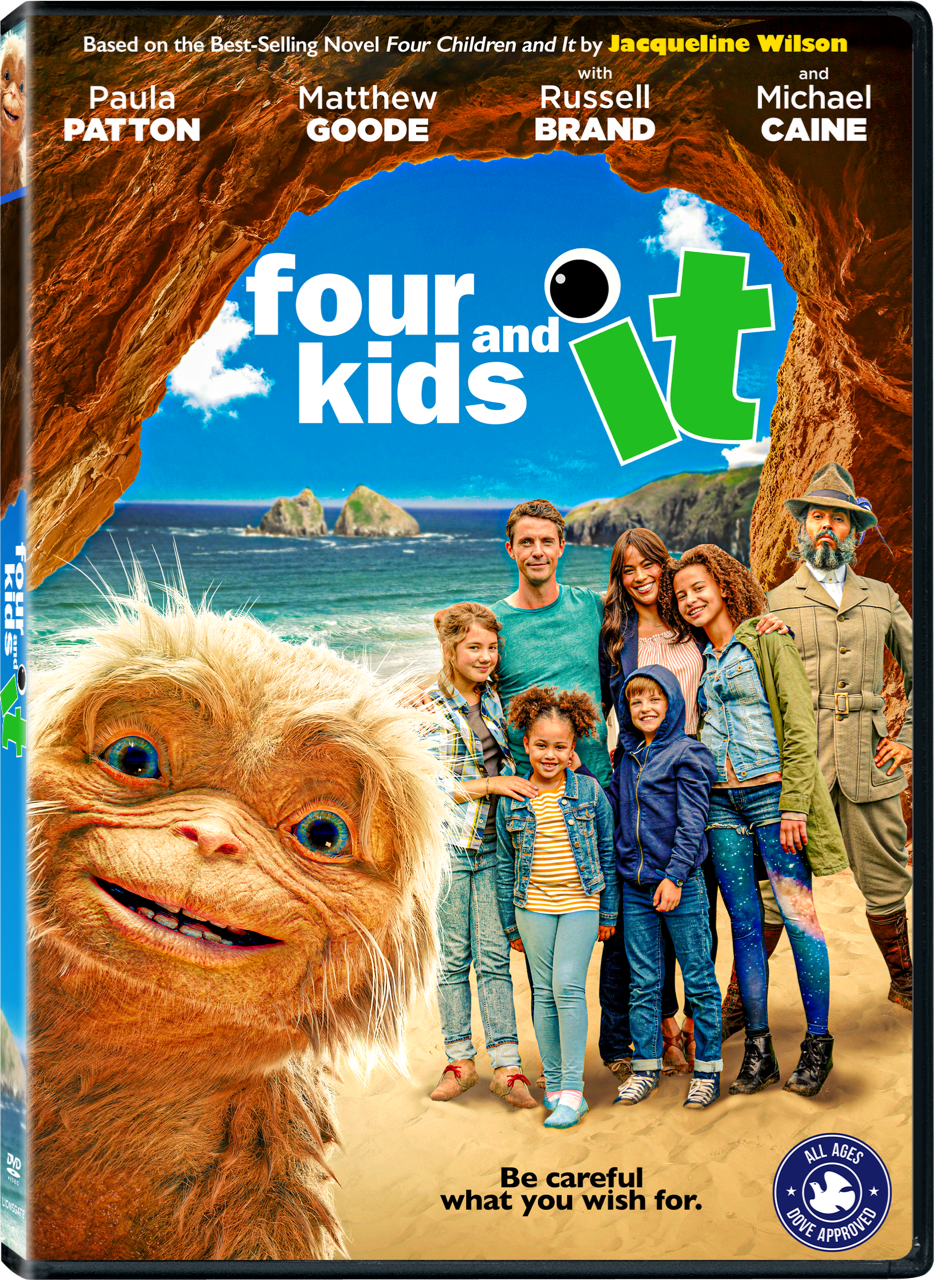