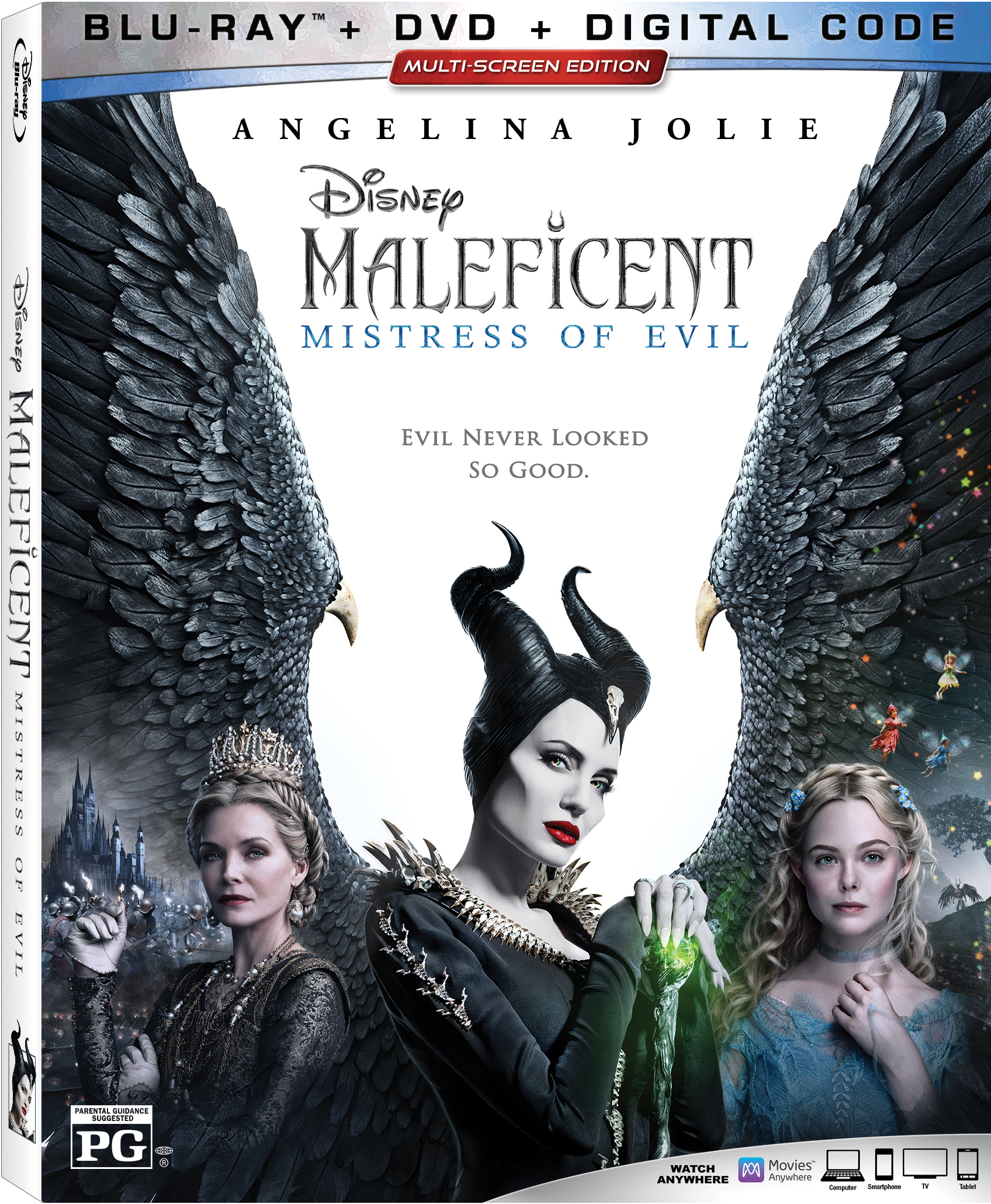 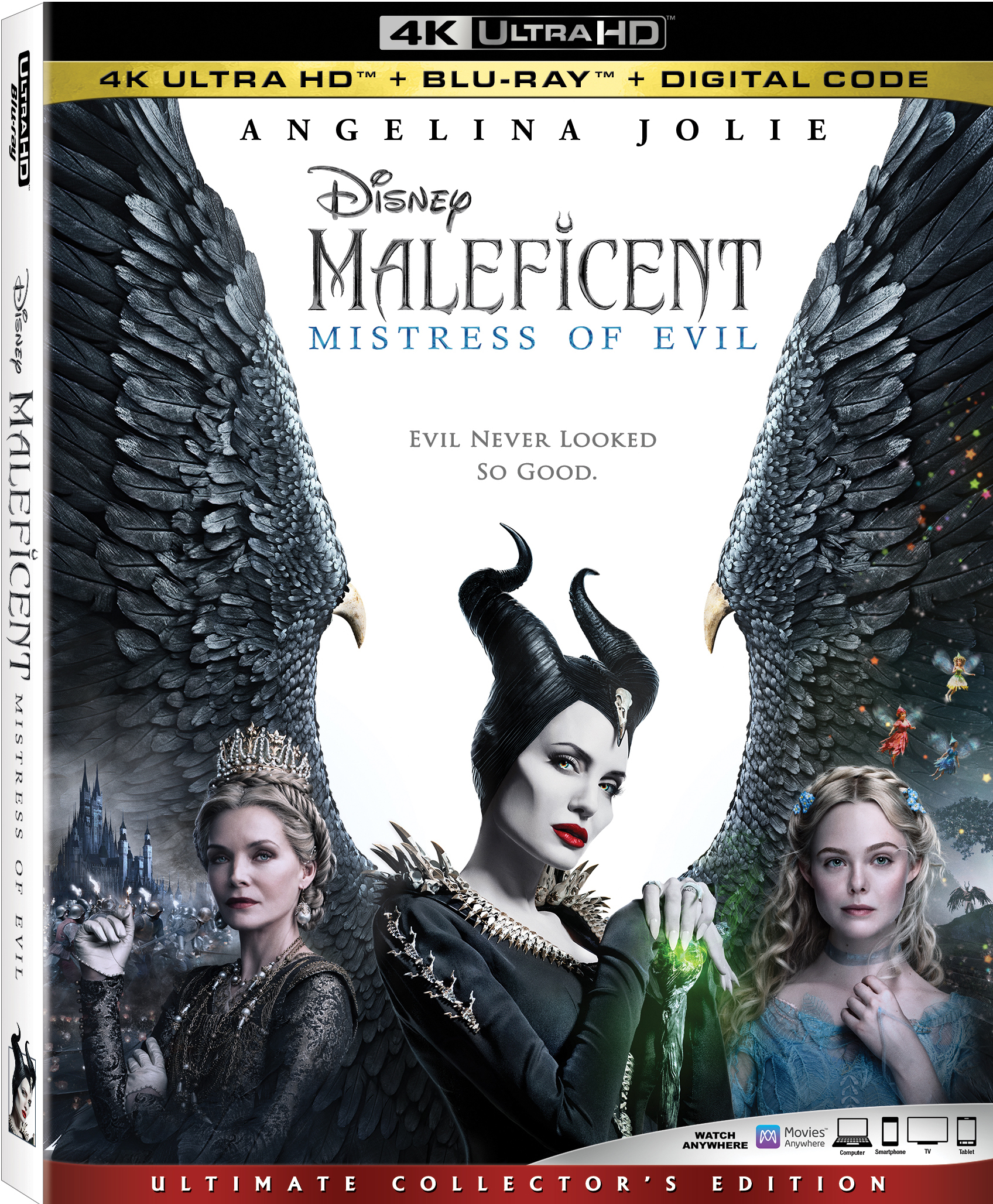 Bonus features take viewers behind-the-scenes with the all-star cast to explore the making of Maleficent: Mistress of Evil. Extended scenes reveal how Queen Ingrith (Michelle Pfeiffer) manipulates Aurora into questioning Maleficient and accelerating her wedding plans. Featurettes include interviews with Jolie, who discusses Maleficent’s origins and the cast who portray the Fey, and Fanning, who gushes over Aurora’s fairytale wedding. Filmmakers showcase the visual effects behind the film’s stunning landscapes and the seemingly effortless flight of the Fey. Additional extras include “You Can’t Stop The Girl,” a music video performed by Bebe Rexha, and hilarious outtakes, ranging from uncooperative cats to uncontrollable giggles on set.

With a running time of approximately 118 minutes, Maleficent: Mistress of Evil is rated PG.

Enter to win a digital copy of the movie!! COMMENT BELOW with the name of your favorite Angelina Jolie film.