Cats is the now infamous adaptation of Andrew Lloyd Webber’s musical rendition around a collection of T.S Elliot poems celebrating felines. For the most part, we focus on a tribe of cats known as the Jellicles. They have to make something known as the Jellicle choice, where they elect a cat to ascend to the Heaviside Layer. In the Heaviside Layer, they are promised a new Jellicle life.

Let’s get right into it. It goes without saying that Cats will go down as one of the most infamous films in history. Assuming you knew nothing about the plot of the musical, Cats seemed like a pretty interesting watch. With stars like Judi Dench, Idris Elba, even Taylor Swift you would think the movie delivers. Unfortunately, the film is an astounding disappointment. Cats is an unstoppable hellscape. When I first saw the trailers, I thought I could handle the FX. The actors seemed really into it, the sweeping melody of Memory enticed my ears, and the environments looked pretty well done. However, the FX does not work out in favor of the actors. Or anybody really. A lot of the character lighting was off during scenes with a lot of sunlight, the facial expressions are simply unbelievably anthropomorphic, and the character design made my skin crawl the entire time.

I wanted to wait to write my review until I could see the updated version. I wanted to give a full, objective review considering the circumstances. Although it is not uncommon that a movie gets touched up days before a theatrical release, a film getting an updated release is unprecedented. Universal felt that its movie was in such desperate shape, that it needed a CGI overhaul. This, unfortunately, does not pan out for them. Despite maybe fixing Judi Dench’s paw/hand debacle there are no noticeable differences. For example, when I saw the film again I wanted to pay special attention to the feet of the cats (because of course cats have feet). The last time I saw Cats I noticed that the shadows of feet didn’t line up with where the actor was, which to my amusement made it look like they were floating. Of course in the re-release, this error stayed. While I admire the ambition behind the FX, Cats is a horrific disaster. It truly taps into a disturbingly carnal nerve deep in your spine that chills you. I came out of the theater with the same thought I had before, “I need to take a shower,”. No amount of re-editing could possibly fix this film.

The curse that looms over Cats is being an adaptation of Cats. The musical itself relies on spectacle, not necessarily on content. It’s really just a collection of characters introducing themselves. Maybe one is fat, one can do magic, whatever. The spectacle, as previously mentioned, falls flat. So the content commandingly bears its ugly head. The runtime feels like bricks as you languidly watch this dragged out FX freakshow. Although Andrew Lloyd Webber’s instrumental score does shine through, it is not enough to save Cats. The aimless story paired alongside the disturbing visual effects sinks this film deep into its own grave.

This film simply should not have been made. Were people clamoring for an adaptation to Cats? No. Yet here we are today, struck with a Jellicle curse. I do have some sympathy for everyone who worked on the film. It’s hard for me to say that the film isn’t competent in aspects like production design or cinematography but Cats is ultimately a huge, stinking bomb for everyone involved. The silver lining for Cats is that it should have a fantastic life as a cult classic. 1/5 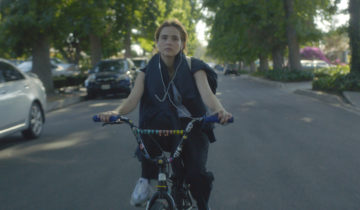