“The November Man” Review: Ref Souto thought that writing was weak, but the action was solid

“The November Man” is based off a series of books, in which there are 13(?), and is meant to be a new franchise for former James Bond star Pierce Brosnan. Is this to Brosnas what “Taken” was to Liam Neeson? I’ll have to go with NO.

While I liked the plot, the entire concept of it was interesting and filled with what could have been unique twists, it was so poorly written and edited it really disappointed. There were a couple of different stories going all at once, and none of them were fleshed out to a reasonable point. This really felt like they shoved two movies into one instead of taking the time to develop one solid one. Since they were already planning for a sequel I don’t understand why they didn’t choose to just put more time into fleshing out the plot, and leaving some questions for the follow-up to answer.

When you mix the terrible plot with the half-assed written characters you have a mess of a film. While there was a lot of potential with the characters introduced almost none of them were developed in a way to make any kind of impact on the story or twists in the plot. There’s an act of betrayal that, while you don’t see coming, leaves no impact because you don’t feel the emotional sting of the characters’ relationships. There’s a huge mystery reveal that also makes no impact as it was with another under-developed character.

Aside from the writing all the actors did well with Pierce Brosnan playing James Bond in a non-James Bond film. The lack of originality they had with his casting and the portrayal of the character was astounding. Liam Neeson was amazing in “Taken” because it was a side of Liam we had never really seen before, and it left us wanting MORE, but here we get Pierce in the kind of role that we all expect him to play anyways. He does it well, but it isn’t anything unexpected. However I liked how “dark” they made his character, and how he portrayed that with a ruthlessness. The rest of the supporting cast did what little role they were given well, but the other lead, David Mason (played by Luke Bracey) felt like he was cast out of a decent SyFy flick. He lacked emotion, charisma, and character and that makes for an unpleasant experience whenever he is on screen.

As a whole this is an Espionage type of flick with action elements, and those are the moments that really shine. There were too many lulls between the well choreographed action scenes to keep an good forward momentum going which slows things down, and makes audience members look at their clocks (the guy next to me irritatingly kept checking his phone clock). The poor writing and development really take what could have been a kick-ass Brosnan action fest, and turned it into just another cliché riddled genre film. However, the very last scene made everyone in the audience smile, and, while it wasn’t original, I did enjoy seeing Brosnan back on the big screen killing people. I hope they make another “Expendables” movie with him as the villain. 3/5 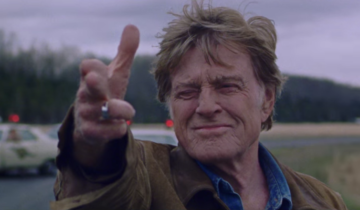