Zootopia features the following talented voice actors: Ginnifer Goodwin (“He’s Just Not That Into You”), Jason Bateman (“Juno”), Idris Elba (“Pacific Rim”), J.K. Simmons (“Whiplash”), Jenny Slate (“Obvious Child”), Octavia Spencer (“The Help”), and Shakira. However, unlike many 2016 films in which talented ensemble casts were not effectively utilized, such as How to be Single and Triple 9, each member of Zootopia‘s cast gives superb performances. In particular, Jason Bateman manages to provide a convincing combination of slyness and pain to make him both an excellent source of comedic relief and dramatic resonance. As Chief Bogo, Idris Elba provides enough gruffness and compassion to make his character intimidating, humorous, and memorable.

Every frame of this film features flawless animation. Due to the various districts of Zootopia, which include: Tundratown, Sahara Square, and The Burrows, and Rainforest, there is a great variety of scenery. Because each district is visually distinct, the settings are never less than dazzling. In fact, many of the landscape shots in Zootopia are more impressive than those featured in most summer blockbusters.

Even though the visuals are impressive, Zootopia benefits from an excellent screenplay. Even though eight writers contributed to making this film, this film remains engaging throughout each act. The plot of Zootopia revolves around the efforts of a rookie bunny cup to solve a missing animal case within 48 hours. With her career on the line, she turns to a fox for assistance. this film is actually about the virtues of working hard for your dreams and how prejudice divides everyone.

Thankfully, rather than relying solely on its message, the character arcs for Judy Hops and Nick Wilde, hold this film together and elevate beyond anything the amusing trailers promised. While Judy is determined to rise above what all of the predators expect of her, Nick is determined to live up to what prey expect of him until these two character’s paths collide. Because both Nick and Judy are persecuted for being different, they are likeable: The heart of this film rests solidly on their shoulders. Their efforts to make a difference and defy stereotypes are inspiring and noteworthy.

Of course, the screenwriters deserve a great deal of credit for including a variety of effective humor. Some of the humor involves clever puns, such as the name of a sloth that works at the DMV, Flash. Some of the humor involves self-aware references to previous Disney films. For instance, Chief Bogo insists that this is not some animated film where someone sings a song and their dreams come true, “So just let it go.” Every joke is meticulously crafted and well-timed.

Thanks to its great voice cast, flawless animation, and excellent screenplay, Zootopia is another Walt Disney Animation masterpiece for both children and adults.

Rating: PG for some thematic elements, rude humor and action.

Are you excited to see Zootpia?

If you enjoyed this review, please be sure to SHARE this! 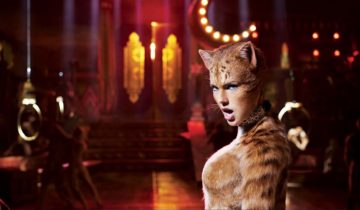