A perfect example of how a film can be worse than the sum of it’s parts, “The November Man” has a lot of good elements going for it but ultimately disappoints on every level.

All of the classic ingredients are present for this wannabe action flick.  An aged Bond that everyone loves (Pierce Brosnan), an Ukrainian hottie (Olga Kurylenko), foreign filming locations, Russian bad guys, and CIA double crossers.  Mix in the director of “The Bank Job” and “Species” (Roger Donaldson), screenwriters from “Predators” (Michael Finch) and “Oblivion” (Karl Gajdusek) and you should end up with at least an enjoyable Cold War-esque thriller.  But instead we are pummeled with horrible dialogue, multiple inexplicable conveniences, and mass stupidity. There are so many plot points that defy logic that we give up caring before the film hits the halfway mark.

Besides the complete lack of plausibility, “The November Man” is guilty of the ultimate action-flick sin.  It’s boring.  The “twists” are so obvious that they’d make M. Night Shyamalan blush.  They’re seen coming from so far away that we grow restless waiting for the characters to catch up with us.  Even the fight scenes are poorly shot and edited.  Abstract angles that obscure what’s really happening and quick editing that seems to transport characters instantly are par for the course.

It’s a shame this movie isn’t better, in fact given the talent involved it’s shocking it’s this bad.  The only thing that makes it mildly entertaining is the gratuitous nudity and sexuality sprinkled throughout. (Which actually supports the theory that the screenplay was ghostwritten by 12 year olds.)

"The November Man" Review: Ref Souto thought that writing was weak, but the action was solid 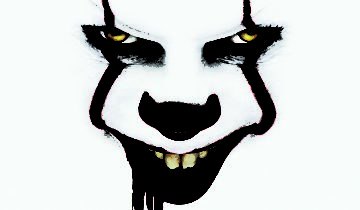