If you had told me Russell Crowe would be able to both star in and direct one of the best films of 2015 a month ago I would have called you crazy. However, “The Water Diviner” proves I don’t know what I’m talking about, and was surprisingly excellent. His performances lately haven’t been all that spectacular, but this was really something else. Full of emotion, tense action scenes, and excellent performances “The Water Diviner” truly earned the Best Picture award in Australia. It’s hard to imagine anyone working harder on a film than Crowe did this time around, and it pays off in spades.

The story takes place as WWI is winding down, and an Australian father goes in search of the bodies of his sons so he can bury them with their mother. So right off the bat we are made aware that this man has endured several tragedies, including the loss of all three children in one fell swoop, due to a war he encouraged them to take part in. Crowe hits us hard with every painful memory and moment he has, and through his body language and facial expressions we are able to feel what he feels. While he took some liberties with the script, like how he was able to perfectly determine where his children died on a massive battlefield, it’s all for a greater purpose. This isn’t just some sad and emotional film, but the stakes are raised just before the halfway point, and we are thrust into this entertaining adventure film of a man going above and beyond to find what he has lost.

The additional cast, including Olga Kurylenko, Yilmaz Erdogan, Cem Yilmaz, Jai Courtney and Dylan Georgiades all offer important additions to the story, and some needed comedic relief at times. No part was extraneous, and no character was left out without proper development. Everyone held their own opposite this newly invigorated Russell Crowe, who acts as if this might be his last film. Everyone took advantage of every opportunity, and it’s refreshing to see even the supporting cast being treated as important as the lead.

Having not seen the trailer before going into this I wasn’t sure what to expect, but I was pleasantly surprised. This is a lean film (less than 2 hours), and not a minute is wasted. From emotional plot point to fast paced action sequence and then back to emotional plot point, “The Water Diviner” has a little bit of something for everyone. The war scenes aren’t gratuitous, the movie is actually educational and informative about the Australian and Turkish side of WWI, the cast is rock solid (yes, even Jai Courtney), there is a love story that doesn’t feel forced, and Russell Crowe just tears it up. I will admit that there was a truly emotional scene involving the brothers that had me, and other audience members (hopefully), in tears. Powerful. Moving. Entertaining. Must-See. 4.5/5 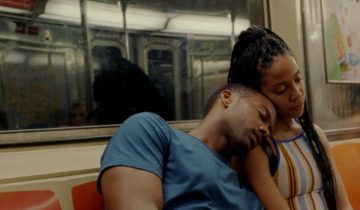