Juliette Binoche headlines this film as Maria Enders, an aging and respected star of both stage and cinema.  In her 40s now, she is approached by a respected director to once again star in the play that made her a star.  This time however, she is not playing the younger character in the story, but the older woman who is driven to suicide by the manipulative youngster.   Maria is intrigued but struggles with this impending role as, in her mind, it too closely mirrors her own life and symbolizes her life slipping away. Kristen Stewart puts in a solid performance as her faithful assistant, Valentine.  In more ways than one, Valentine represents the youthfulness that Maria envies and fears has slipped away.

While the entire film has a very mellow pace, the dialogue and concepts discussed in the first two-thirds are fascinating.  The various characters discuss their own interpretations of the older woman in the play.  Is she strong or weak?  A romantic or naive?  Did she truly commit suicide, or just remove herself from the unhealthy relationship?  It explores the ideas of how any story or character is perceived differently based on the audience’s own personal experiences and perspective.

The biggest problem with the film is when the “Epilogue” title card shows up.  Instead of rolling the credits right after a pivotal moment, instead we are given 20(?) more minutes of pointlessness.  The same themes are re-hashed, not a single bit of additional story is revealed, it just drones on.  It’s a rare case where the additional scenes actually dilute the overall film.

Moments of beauty, insightfulness, and solid performances make this worth seeing maybe once.  If not for its weak ending it had potential to be a more remarkable film. 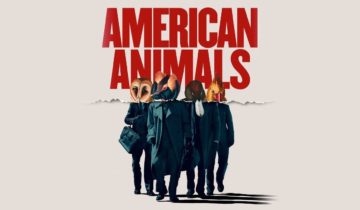