This updated remake of “A Star is Born” (the 4th to date) starring Bradley Cooper and Lady Gaga is just as great as expected.  Talent is first and foremost as Jackson Maine (Bradley Cooper), a spiraling pop-country artist, falls for a waitress/cabaret singer in a drag show, Ally (Lady Gaga).  Cooper and Gaga both give outstanding performances in this romantic tearjerker.

Jackson is a star still packing the house when he insists on stopping at a bar for a drink after a show.  Obliviously addicted to the drink, he is spellbound by the only “born” female performing at this local drag bar.  Ally belts out a sultry ‘La Vie En Rose’ dressed as a queen with her hair painted black and glued on arched eyebrows.  Jackson is instantly smitten by her talent and wants to know her better. 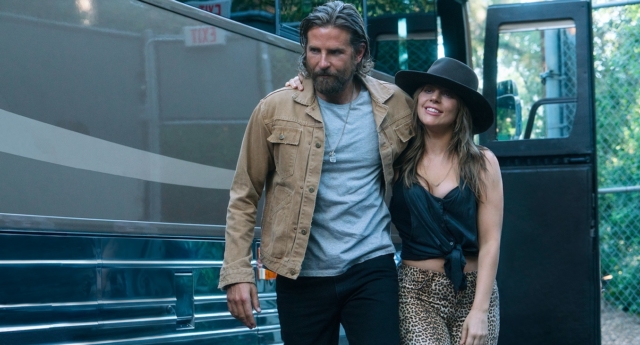 The two snack and talk in the parking lot of a convenience store where Ally sings a song she’s been writing.  But Ally is not confident in herself and believes she doesn’t have the right looks to become a singer.

Jackson flies Ally and her best friend to one of his concerts where he drags her on stage to perform a duet of her song.  It’s an instant hit and the two become inseparable. 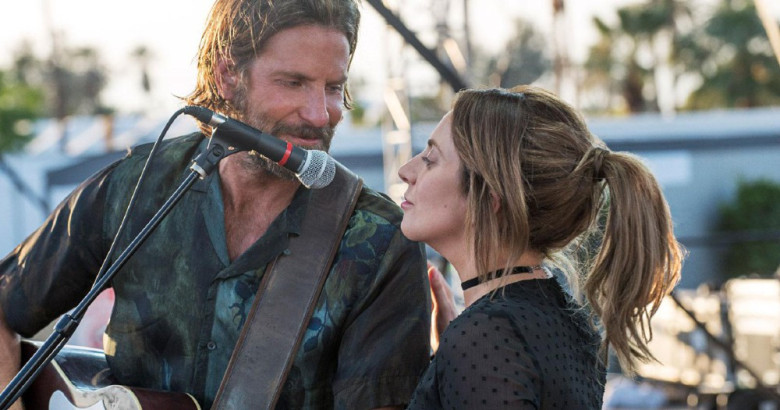 As Ally’s career starts to soar while Jackson’s becomes muddled in alcoholic stupor and escalating tinnitus.

Cooper gives a compelling performance as a self-sabotaging alcoholic in love.  His low dreamy voice is paramount in his singing.  His guitar playing at times outweighs the vocals, but his talent is certainly noteworthy.

Gaga exceeds her stardom as she exposes her vulnerability as she stands by her man to the point of ruining her own career.  She gives a heartfelt performance.

The movie kind of ends abruptly.  I wish they had fleshed it out a little more at the end, shown a little more of the overwhelming grief.  But I understand the length of the movie was already pushing it.  Overall it was a moving, beautifully made film with great music.  Highly recommended.

REVIEW – "Night School" should have been skipped (Second Opinion)