“Little Boy” came as a surprise to me since I went in never having heard of it before. At its core it’s the story of a kid learning about Faith, and what it means to believe in himself. He goes through this change, with the guidance of a preacher and a Japanese-American citizen, with some slight religious overtones in order to bring his dad back from WWII safely. Many people are misunderstanding the plot, and what’s being said, and they believe the story is about a kid praying to God to do bad things to have his father come home, but that’s simply not what this is about.

Writer/Director Alejandro Monteverde did a pretty solid job on the script, but throughout you can see where the themes/tones of the story change. Instead of having one fluid story, and sticking with one theme/message, he decided he wanted to have his cake and eat it too. This goes from being a family drama, and this little kid learning about faith in order to bring his dad home, into a historical drama about the treatment of Japanese-American citizens during WWII. While I found it interesting, and a great idea to shed light on this subject, this was not the kind of movie to try to squeeze something that big into. Also, the ending was very dramatic and emotional, but then the director/writer chose to pull the rug out from under us in favor of a more family friendly ending. The actual ending is counter-intuitive to what the entire film was about, this little boy learning and growing and changing, and had he stuck with the quasi-ending this could have been a lot more incredible and moving. It’s really hard to talk about without spoiling so I’ll just have to let you see it.

I will give the cast a lot of credit for bringing a lot of emotion to these characters. Michael Rapaport (“Deep Blue Sea”) has literally NEVER been better than he is in this. You could see he was pouring himself into this role completely, and he was believable as a distraught/panicked soldier and as a loving caring father. Emily Watson brought the tears, and was the emotional backbone of the story. The looks on her face almost spoke more than her character did. Kevin James, surprisingly, is in this, and wasn’t doing his normal “I’m a silly fat guy” schtick. I really enjoyed seeing Cary-Hiroyuki Tagawa (“Mortal Kombat”) in this role, and I don’t think he has ever shown so much range before. Unfortunately, the star of the film, the “Little Boy,” was pretty weak, but at that age it’s hard to give a proper performance.

As a whole this is a touching family drama, full of tears and laughs, interesting characters, excellent imagery and solid themes. It suffers along the way by trying to accomplish too much, and constantly shifting tones/themes, and the ending had so much potential, but ended up being a let down. Some people might prefer the ending that they see, but I think the ending BEFORE the ending would have made for a much more compelling film. Even though the film has religious overtones (much like “The Matrix” did) they aren’t Bible thumping or trying to convert anyone, so it leaves it open for a wider audience. 4/5 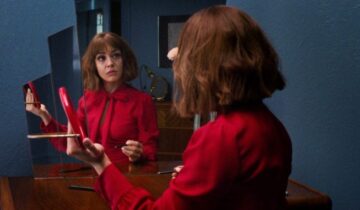