In today’s world of popcorn flicks and dumbed down cinema (“Transformers: Age of Extinction”) it’s hard to find something that really challenges the mind. The last time I can remember thinking long and hard about a plot once a flick was over was “Inception.” “Ex Machina” is the thinking man’s science fiction movie, and offers a little bit of everything: Love, Comedy, Action, and complex science stuff explained in a way we can understand.

The real star of this is writer/director Alex Garland. You might not recognize his name, but you’ll certainly recognize his work, and that’s what lends his directorial debut so much credibility coming right out of the gate. As a writer he penned “28 Days Later” and “Sunshine” for Oscar winning director Danny Boyle, and he also wrote the action packed “Dredd,” which has become a huge cult favorite. The man is skilled at writing these tight thrillers, and “Sunshine” is quite possibly one of my favorite science fiction films of all time, so it’s no surprise this works so well. He took the best parts of all his previous writings, and took it to another level by adding an intellectual/sociological/psychological aspect to this tense drama/thriller.

The cast really shines through his writing as he created two lead characters that are simultaneously similar, but still so different. Oscar Isaacs (“10 Years” “X-Men: Apocalypse”) plays, basically, the founder of Facebook/Google (called something different in this world), and through his character we get to touch on several real world events (like invasion of privacy). His character is interesting, dynamic, and he just breaths so much life into the role. I will forever remember, and re-watch, his epic dance scene (yes, the movie has an epic dance scene). Working perfectly opposite him was Domhnall Gleeson (“About Time” “Star Wars: The Force Awakens”), who is one of his employees that fits a certain psychological profile he needs for an experiment (lonely). Bringing the cast together is our beautiful robot played by Alicia Vikander, and even though she is relatively new to the acting gig she got this part down pat. She did an excellent job bringing a child-like since of wonder to this robotic life form.

The story, from start to finish, is filled with imagery, metaphors, associations, thought provokers, and a slow burn intensity leading to an unexpected finale. Who is the bad guy in this really? A great movie will have you pondering little questions like this afterwards, and you’ll still be talking about it weeks later. From Prometheus references to famous artist paintings, Alex Garland managed to tie a lot of real world events/people/stories into his science fiction drama/thriller, and it works so well. “Ex Machina” might seem slow to a lot of people, but just about every detail is important to the characters and the plot. This is definitely not one to be missed. 5/5

If you liked “Ex Machina” Then you’ll really like this episode of “Black Mirror” as well. It also stars Domhnall Gleeson. 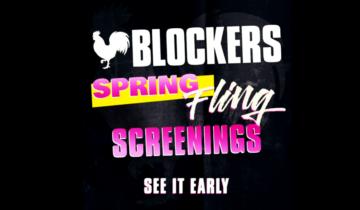