The film portrays the race against time by Alan Turing (Benedict Cumberbatch) and his team of code-breakers at Britain’s top-secret Government Code and Cypher School at Bletchley Park, during the darkest days of World War II. The motley group of scholars, mathematicians, linguists, chess champions and intelligence officers had a powerful ally in Prime Minister Winston Churchill who authorized the provision of any resource they required. The film spans the key periods of Turing’s life: his unhappy teenage years at boarding school; the triumph of his secret wartime work on the revolutionary electro-mechanical machine that was capable of breaking 3,000 Enigma-generated naval codes a day; and the tragedy of his post-war decline following his conviction for gross indecency, a criminal offence stemming from his admission of maintaining a homosexual relationship.

“The Imitation Game” is one of those rare instances where the plot and writing are as good as those performing, and it’s this excellent combination of quality that sets this apart from other historical dramas. Not only are we getting a fresh story, something that has rarely been told or talked about, but we get it in the best form: A movie. The incredible cast, both principle and supporting, afford us an opportunity to be shocked, awed, moved, and impressed with the abilities mankind can possess, and how the things that make us different can also be what brings us together.

Benedict Cumberbatch portrays Alan Turing with such confidence that there’s never a moment where you don’t feel in-tune with his character. While there aren’t many auditory or video recording of Turing, Benedict was able to adapt Turing’s speech impediment to a way that translates perfectly to the screen, and isn’t a nuisance for the audience. His personality shines through all the while making us equally loathe and adore his character, and his struggles with his inner demons. The cast that surrounds Benedict is equally as impressive as Keira Knightly hits her role out of the park. Typically I roll my eyes when I see she is going to be in something, with some exceptions (“A Dangerous Method” and “Domino” being a couple), but this time I was impressed. Add to this incredible supporting, though minimal, roles from Charles Dance (“Game of Thrones”) and Mark Strong (everything else), and you have a cast that rivals any big studio blockbuster.

Unlike big studio blockbusters, however, “The Imitation Game” as one hell of an interesting story, and doesn’t tread into familiar historical drama territory. There is a mix of real, and interesting, history, but the characters are what really make this something special. We get to see a little bit into several characters, and a lot into Benedict’s Turing. It’s his character, obviously, that carries this film, and, the history aspect aside, makes this incredible. The depths the writers went to in order to establish this broken character, especially the flash backs and the final act, gave Cumberbatch the material he needed to deliver an Oscar caliber performance. While I’m no technical expert by any means, I thought the cinematography was excellent as well as it really helped bring out the emotion in certain scenes.

There’s little to complain about with “The Imitation Game” outside just a couple of pacing issues, but it’s hard to find something now-a-days without those. The performances are as impressive as the writing, and together they make for one of the best historical dramas to date. It’s amazing to see something that relies on practically zero special effects, but solely on its casting/writing, deliver such a punch. Not only did I learn something, but I felt something, and I think that’s the greatest thing you can say about a movie. 4.5/5 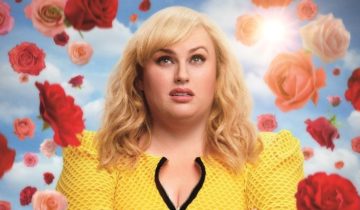