In a Marvel Cinematic Universe-driven world, The Fast & Furious franchise has gone a surprisingly long time without any sort of spinoffs. Tokyo Drift is somewhat a spinoff, although it is canonically apart of the main franchise. For 18 years, it has given us eight films of glorious destruction and car-fueled mayhem that disobeys the laws of physics and any sort of logic at any turn. And it’s somehow one of the only franchises continually going that figures out a way to reinvent itself with each entry. Ever since 2011’s Fast Five, the franchise has likened itself to Mission: Impossible when it comes to seeing just how they can top themselves with each sequel.  Hobbs & Shaw is no exception to this trend, as it delves into full-blown absurdities and genuinely taps into sci-fi elements this time around. And you know what? It’s all the better for it. I had a blast.

The film follows Luke Hobbs (Dwayne “The Rock” Johnson) and Deckard Shaw (Jason Statham) as they are forced to work together to get Shaw’s sister, Hattie (Vanessa Kirby), away from enhanced, half-robotic, super-soldier Brixton (Idris Elba) as he hunts her down to get back an item he needs to complete his mission. This, of course, leads to insane action sequences and moments of genuine comedy considering Hobbs & Shaw’s history together from previous entries in the franchise. This is where I feel like the film truly shines, as it harkens back to classic buddy-cop films where the partners are constantly bickering as they are trying to solve a case. Perhaps this is taken to another level here, when Hobbs & Shaw genuinely want to kill each other but can’t due to the fate of the world. 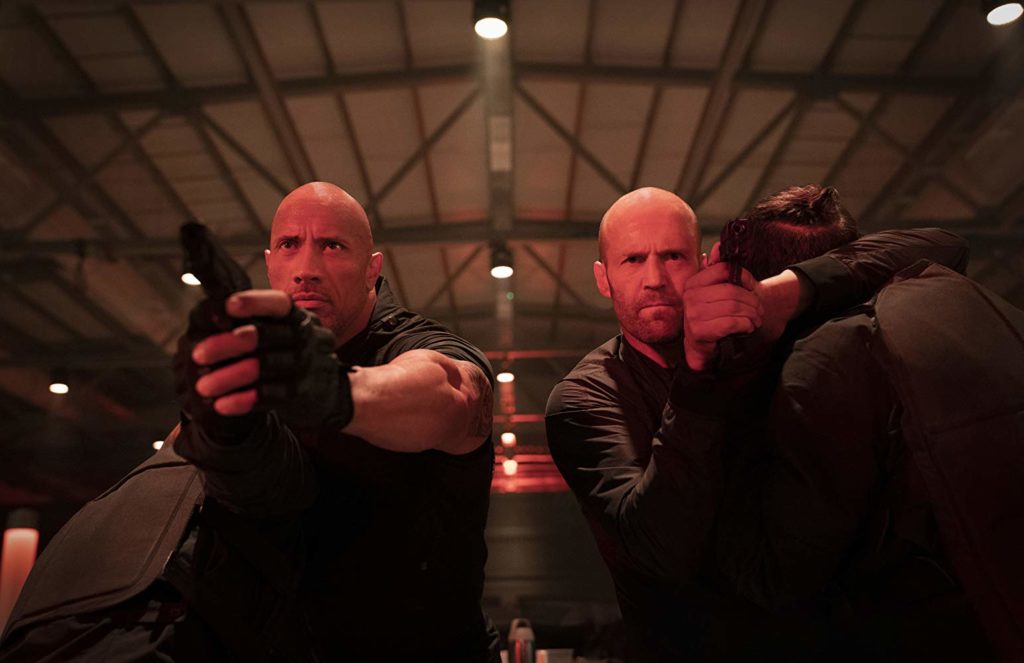 One of the things that truly differentiates Hobbs & Shaw from the main films of the franchise is director David Leitch’s style and vision for the film. Not only does he fully tap into the comedic chops of these actors, but he genuinely adds so much style and unique direction to each and every action sequence to where this feels like it’s truly its own film. When it comes to one on one fight sequences, there is some amazing fight choreography on display here and it moves at a genuinely brisk pace. The chase sequences are also incredibly fast-paced and there’s a genuine tension to them. Even when this film goes full cartoon-ish in its portrayal of action and how it disobeys the laws of physics, there is genuine artistry when it comes to the craft of this type of popcorn entertainment.

You could pick apart the script and story for this film all day long if you wanted to. I’m sure anyone that wants to tear their hair out of their head when logic is thrown out the window in films will absolutely loathe this film. But as a fan of the Fast & Furious franchise thus far and also just simply a fan of these two actors in general, I found Hobbs & Shaw to be a genuinely thrilling, blast of a summer blockbuster from start to finish. In its 135 minutes, I was entertained the entire time. It gives you everything you pay to see. Exciting action, genuinely funny humor, and showcases these two performers and their top-notch chemistry with one another. I’d love to see a sequel to this.