The Farewell is an intricately convoluted tale about family. Billi (Awkwafina) is a struggling contemporary in New York City. A product of immigration, Billi has deep American roots but also holds her Chinese ties close. She has a particularly close relationship with her adoring grandmother (Shuzehen Zhou), who she affectionately calls Nai Nai. Suddenly, Billi learns that Nai Nai has Stage 4 lung cancer. On top of trying to cope with the shocking news, Billi learns that her family does not want Nai Nai worrying about the prognosis. So the entire family agrees to bury the secret from her while they visit her back in China. This Chinese tradition of telling a “white lie” tears Billi apart as she tries to respect her families wishes while trying to keep herself together while her innocent grandmother in the dark.

In a character-driven film, it is so important to have great acting. Luckily this film does have some tremendous performances. Awkwafina does a solid job in her first dramatic turn. She does a great job portraying the struggle to hold back a burdening secret. While her stoic expressions drag after a while, her presence is extremely refreshing. As for the rest of the family, they do a great job individualizing their conflict and creating personal struggles for the audience to identify with. I really loved the idea of using a wedding as a cover-up for visiting their Nai Nai. The faux engagement provides instant humor, with the couple doing a great job making every situation that much more awkward. It helps mix the drama with a little bit of comedy, making it a diverse watch.

The filmmaking was also solid, however, I can’t say I was majorly impressed. Lulu Wang does a good job directing a story very personal to her (the film does have that funny “based on a true lie” title card). It does make the character-driven drama pop and it makes the comedy feel organic. The film worked great within its genre but in all other fields, it felt dry. The cinematography gets a little extra, there were a lot of establishing shots that I felt were extraneous. The lighting gets a little inconsistent as well, there are some scenes with notably different lighting, and it didn’t come across as purposeful. Particularly during the wedding sequence. The editing was good, even though there was some fat. However, that could be the direction or the editing department. I did enjoy the score. Apparently, Wang even tickles the ivory for some of the film’s soundtrack. The very formal score worked well in playing up the genre and fitting the tone of each scene, it plays up the comedy appropriately and adding to the drama when necessary.

The Farewell was a very refreshing watch after a packed summer of blockbusters. It’s a quaint indie with a lot of heart, even though it falls flat from time to time. I would recommend this film to anyone interested in a cultural drama with a true indie spirit. The big pull of the film is a peek into a different life. The cultural conflict between American and Chinese tradition provides a great argument that you must see to understand. You wouldn’t love it if you’re looking for a tight Oscar pic or a hilarious romp, but you’ll love it if you’re looking for something to break the monotony. 3.5/5

The Critticks Podcast Ep. 6 - Once Upon a Time in Hollywood (w/ Devin Ramey and Jackson Wise) 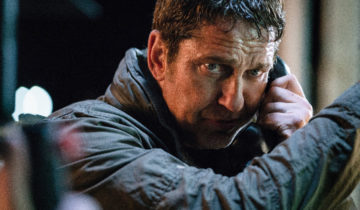